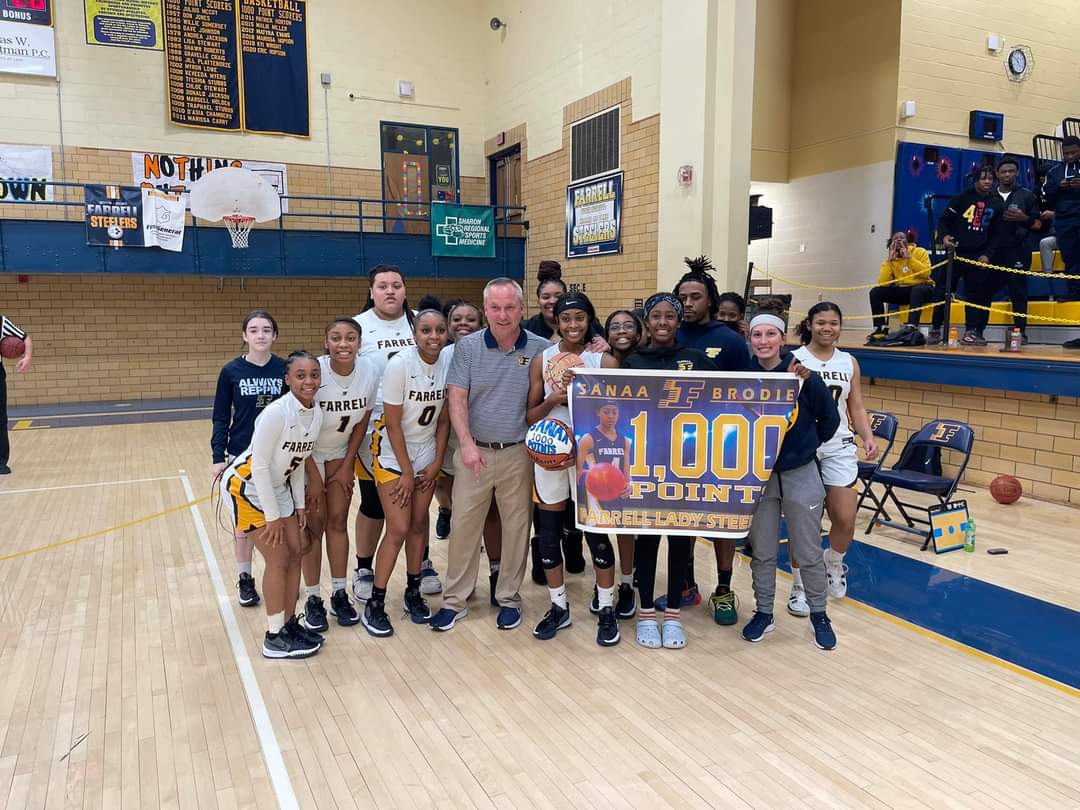 FARRELL, Pa. – Sanaa Brodie needed 26 points to reach 1,000 in her career in Friday’s game against Sharpsville and she did just that, pouring in 31 points, 21 of which came in the first half to reach the milestone in a 69-46 Farrell victory.

Demariah Burns added 12 points and Deryah Stewart 11 for the Steelers, who improved to 13-8 with the win

Tori Kimpan led Sharpsville, which finishes the regular season with a record of 12-10.

Grace Godfrey added 12 points and Pressley Washil 11 for the Mustangs.