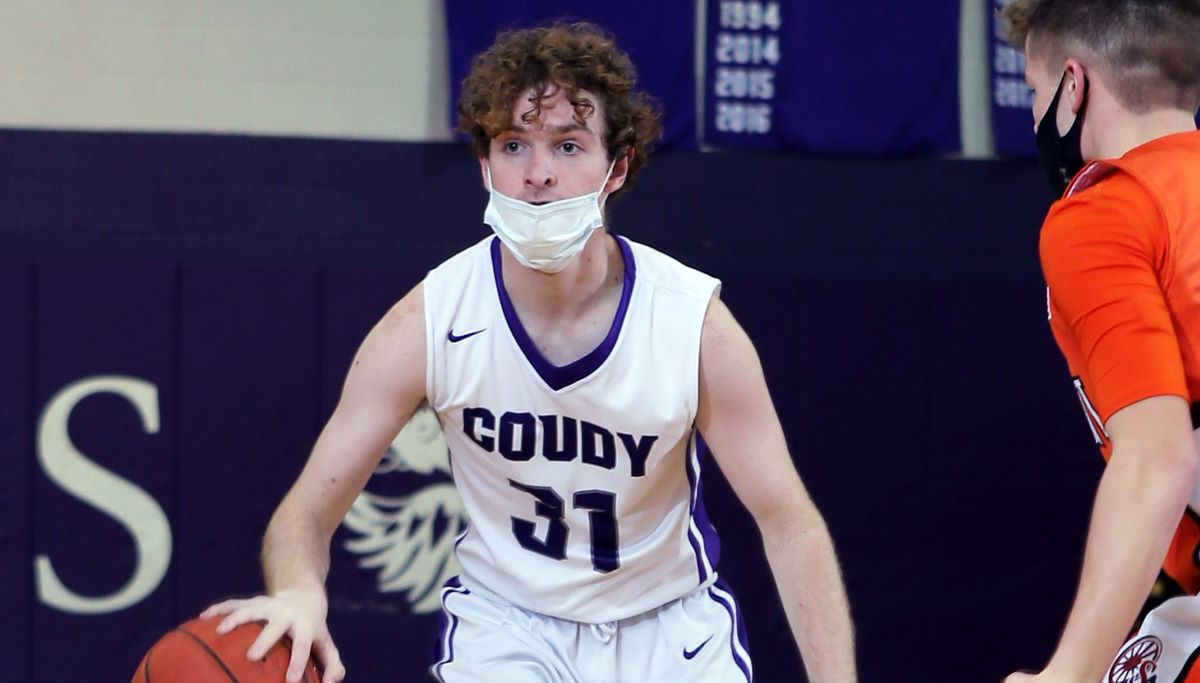 Caden Beldin added 10 points for the Red Raiders who also got nine from Gavin Morton and eight from Dylan Guisto.

Krause scored a game-high 17 points while hitting three 3-pointers for the Crusaders, while Breindel, who hit a pair of triples while going 6 of 6 from the free-throw line, added 16 points.

Zaz Bell added 12 points for the Terrors who also got eight apiece from Gavin Jimerson and Jake Merry and seven from Austin Cousins.

AJ Gleason and Cameron Austin each scored 13 points for Bradford.

Alec Srock added 10 points in the win with Jalen Kosko pitching in eight.

Jake Liederbach had a career game for Venango Catholic scoring a career-best 26 points while hitting four 3-pointers, completing a double-double with 10 rebounds and chipping in two blocks.

DUBOIS, Pa. – Led by 13 points from Jordin Sommers, all 11 players who played for DuBois scored in a 62-42 win over visiting Clarion-Limestone.

Brady Woodward added 10 points for the Beavers with Michael Orzechowski chipping in eight.

Feb. 18, 2021 D10 Basketball: Hannon Reaches Prestigious 1,000-Point Club in Grove City Girls’ Win
Cathedral Prep Wrestlers Dominate District 10 Class 3A Championships
We use cookies on our website to give you the most relevant experience by remembering your preferences and repeat visits. By clicking “Accept All”, you consent to the use of ALL the cookies. However, you may visit "Cookie Settings" to provide a controlled consent.
Cookie SettingsAccept All
Manage consent