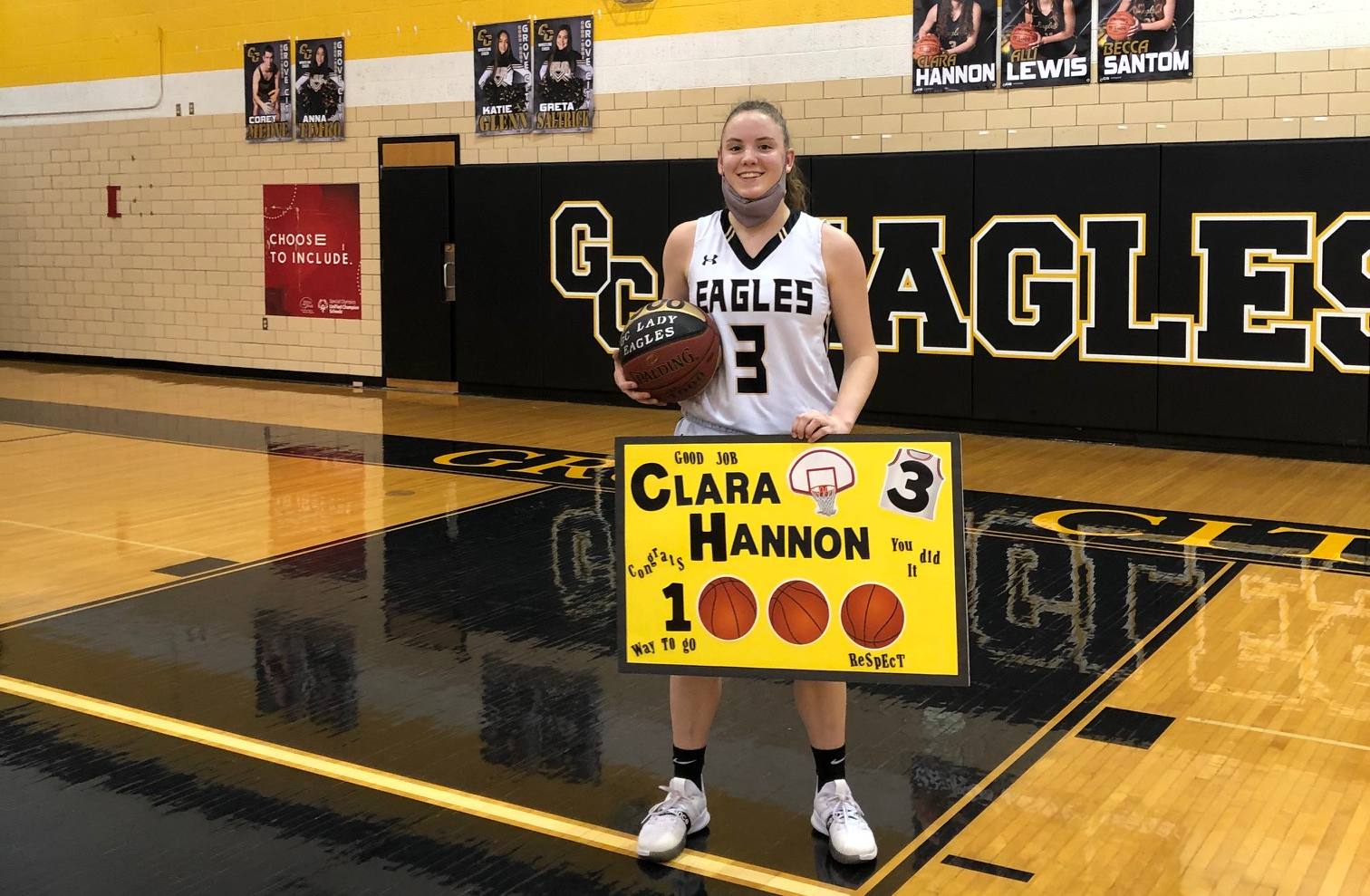 Hannon scored 16 points in the first half and became the second Grove City player this season to hit the 1,000-point milestone, joining teammate Becca Santom.

Santom finished with nine points for the Eagles, while Allie Lewis added eight.

Santom had a great all-around game with eight rebounds, seven assists and six steals as well.

HERMITAGE, Pa. – Aniyah Anderson had a monster game on senior night for Hickory, pouring in a career-high 25 points to go along with 18 rebounds and seven steals in a 51-23 win over Meadville.

Mariah Swanson and Kaelyn Fustos had six points each for Hickory, which led 28-12 at halftime.

RUSSELL, Pa. – Cambridge Springs took a pair of games from Eisenhower in a rare basketball doubleheader.

Yanc poured in 20 more points in the second game, while Mackenzie Yanc netted 13 and Rodgers eight.

FAIRVIEW, Pa. – Ten different Fairview players made their way into the scoring column in a 50-14 senior night win over Iroquois.

Emina Selimovic had 13 points for McDowell.

Grace Cano and Josie Lewis scored 11 points each for Greenville.

Reese Gadsby poured in a game-high 20 points for Lakeview.

WATERFORD, Pa. – Courtney McDonald scored 14 points as Girard outscored Fort LeBoeuf 25-10 in the first half en route to a 50-30 victory.

Jayden McBride added 10 for Villa, which led by 30 at halftime.

Emily Hess had a team-high 14 points for GM.

Jaysina Sellers had a big game for Sharon, pouring in a game-high 26 points.

NEW WILMINGTON, Pa. – Ben Cano scored 13 of his game-high 17 points in the first half as Greenville topped Wilmington, 63-40.

Jalen Ritzert and Jonah Lentz had nine points each for Greenville.

Christian Hartley had 15 points and Trian Holden 11 for the Steelers, who outscored the Orioles 15-9 in the fourth quarter.

Isaac Clayton had a big game for the Orioles, pouring in 25 points, while Caden Toscano added 10.

Shawn Hill led the Tigers with 17 points, while Connor Porterfield had 14.

Ethan Plesakov scored a game-high 20 points for the Rockets and Dylan Gordon tallied 14.

Hunter Smith tallied 11 points and Alex Rea 10 for the Big Reds, who jumped out to a 12-point halftime lead.

Peyton McElhinny scored 19 points and Sean McElhinny 11 for the Muskies.

Feb. 18 D9 Girls’ Hoops: Clarion Beats DuBois from the Foul Line; Lauer Scores 35 for Keystone; Garzel Helps Port Allegany Win
Feb. 18, 2021 D9 Boys’ Hoops: Coudy Has Five in Double Digits in Victory; CC Beats Jburg, ECC Top St. Marys
We use cookies on our website to give you the most relevant experience by remembering your preferences and repeat visits. By clicking “Accept All”, you consent to the use of ALL the cookies. However, you may visit "Cookie Settings" to provide a controlled consent.
Cookie SettingsAccept All
Manage consent