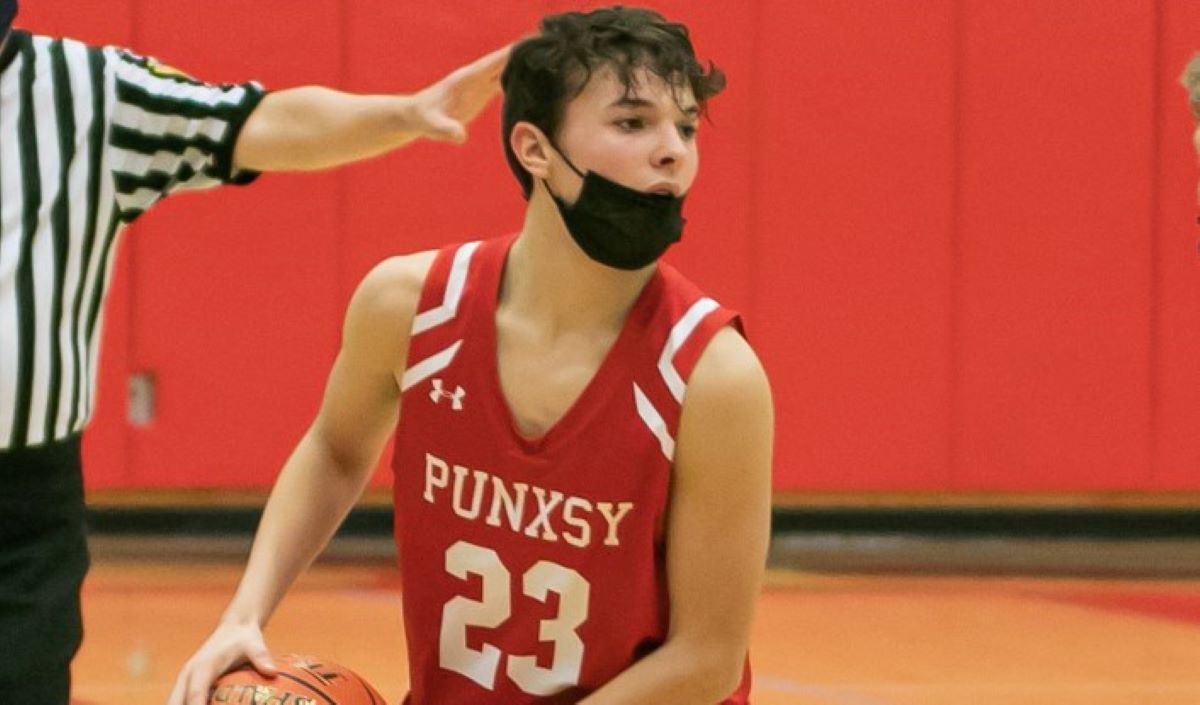 Drew Kochman had tied the game at 47 for Homer-Center with a driving layup with 13.4 seconds left.

The game was in overtime thanks to a long-range 3-pointer by Punxsutawney’s Nick Humble with 1:34 to play in regulation.

Homer-Center had a pair of chances to win the game in regulation but a reverse layup from Kochman with 7.9 seconds left rattled out and the putback by Ryan Sardone was too strong.

Humble, who hit a pair of fourth-quarter 3-pointers, led Punxsutawney with 15 points with Ethan Presloid adding 11 points and Andrew Young and Weaver eight each.

Sardone had a team-high 14 points for Homer-Center with Ben Schmidt adding eight and Evan Ober seven.

The game was tied at 51 when Rainey, who scored a game-high 24 points, hit the floater. He followed the shot with a pair of free throws with 38.9 seconds left to expand Union’s lead to four, 55-51, and Hayden Smith made it 56-51 when he hit one of two free throws with 13.5 seconds to play.

DCC stayed alive when Damon Foster, who hit three fourth-quarter 3-pointers, buried one with 6.8 seconds to play cutting the Golden Knights lead to 56-54.

Smith then made one of two charity shots with 5.4 seconds left, and Bailey Crissman ended up with a loose ball steal on a DCC inbounds pass as time ran out.

Union led 43-41 going to the fourth quarter and expanded the lead to five, 46-41, when Crissman completed an old-school 3-point play 48 seconds into the quarter.

But Alec Srock started an 8-0 run for the Cardinals with a basket and then Foster hit back-to-back 3-pointers, the second coming at the 5:36 mark, to give DCC a 49-46 lead.

A pair of Carter Terwint free throws got Union back within one with just under five left, and then Terwint scored a go-ahead layup with 4:27 to play to give the Golden Knights a 50-49 lead.

Harrison Starr answered with a driving layup for DCC to put the Cardinals back on top one last time, 51-50, with 4:09 left.

Terwint then tied the game at 51 when he hit one of two free throws with 3:52 to go setting up the exciting ending.

SMETHPORT, Pa. – Visiting Kane built a 14-point lead heading to the fourth quarter on its way to a 43-35 win over Smethport.

Layne Shall hit a pair of fourth-quarter 3-pointers while scoring nine of his team-high 13 points in the quarter to lead Smethport. Richie McDowell added 12 points for the Hubbers.

Miner scored 16 points in the first half and 20 in the second half as the Raiders raced out to a 44-22 halftime lead.

Hunter Geer also had a big game for Brookville, scoring 17 of his 23 points in the first half, while Danny Lauer knocked down five 3’s on his way to 17 points.

Trenton Bellamy notched 13 points for West Branch, while Zach Tiracorda and Kyle Kolesar finished with 12 each.

COUDERSPORT, Pa. – Playing for the first time since Jan. 28, Coudersport took out its lack-of-playing frustration on visiting Northern Potter rolling to a 77-28 win.

Hayden Keck scored a game-high 28 points to pace the Falcons, who led 24-9 at the end of the first quarter and 38-16 at halftime.

Tre Slawson led Northern Potter with 12 points while going 6 of 12 from the free-throw line.

Feb. 16 D9 Girls’ Hoops: Logue Steal, Layup Lifts Union Past North Clarion; Presloid, Weaver Pace Punxsy
Featured Game: Clearfield Rallies in the Fourth Quarter to Beat C-L Boys, 45-40
We use cookies on our website to give you the most relevant experience by remembering your preferences and repeat visits. By clicking “Accept All”, you consent to the use of ALL the cookies. However, you may visit "Cookie Settings" to provide a controlled consent.
Cookie SettingsAccept All
Manage consent