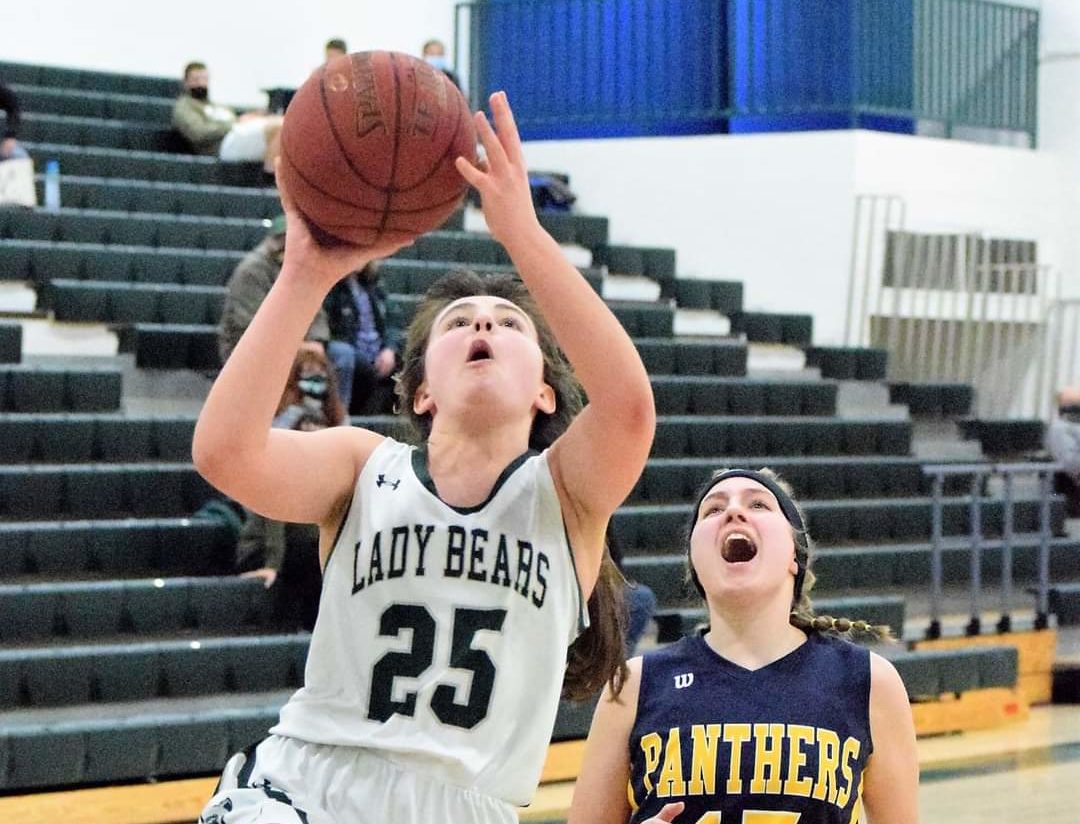 Union City’s Eliza Reynolds, who surpassed the 1,000-point milestone on Saturday, became the program’s all-time leading scorer in the game, netting a game-high 22 points in the process.

Reynolds passed former standout Kelsey Sullivan (1,023 points) and now has 1,032 for her career.

Union City rallied from a 6-point deficit after three quarters to force overtime.

Saegertown outscored the Bears 6-2 in the extra session.

The Lakers, who led by two at halftime, outscored the Tigers by five in the third quarter to build a 7-point advantage, holding off the Tigers late.

The Lancers outscored the Beavers 23-2 in the first half en route to the win.

Reese Gadsby added 16 points for the winners, who scored 46 points in the first half to remain unbeaten.

ERIE, Pa. – Ainsley Thunnell led a balanced effort for Villa with 10 points, as the Victors remained unbeaten with a 50-19 victory over McDowell.

Emina Selimovic had 11 points for the Trojans.

The Knights outscored the Grapepickers 30-12 in the third quarter.

North East knocked down 13 3’s of its own, including three each from Ryan Mayes and Garrett Hein, who finished with 13 and 12 points, respectively.

North Clarion went on a 22-7 run in the second quarter to grab control.

Dylan Walters, Cole Byers and Isaac Gilara all had eight points apiece for the Wolves.

Logan Joncas and Nick Brundage led Corry with 11 points each.

Aidan Mull chipped in with nine points for the winners, while Dietrich Williams and Jacob Williams added eight points apiece.

Jackson Hower netted 19 points for the Trojans in the victory.