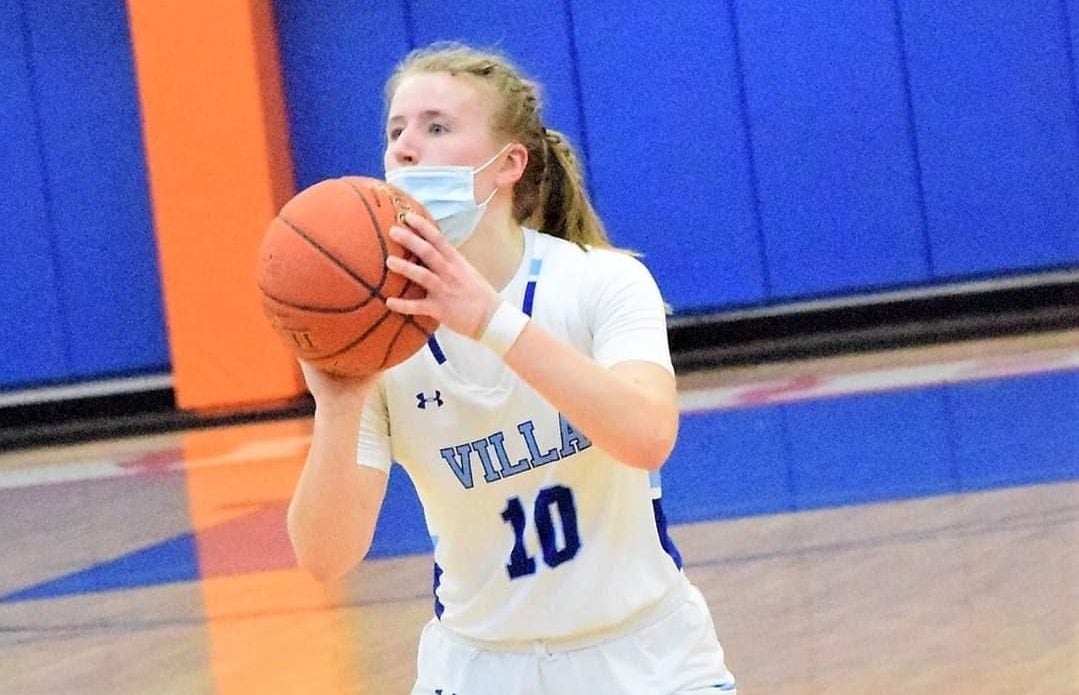 FAIRVIEW, Pa. – Fairview moved one step closer to an unbeaten regular season, clinching at least a share of the Region 3 title in the process with a 58-24 win over North East.

Twenty-one was the theme, as Hope Garrity poured in 21 points and the Tigers improved to 21-0.

Bre Hedit and Caroline Zentis were also in double figures for Fairview, scoring 11 and 10 points respectively.

Villa jumped out to an 8-point lead after one quarter and led 32-14 at halftime.

Biel scored 12 of her 17 points in the second quarter, while Jayden McBride added 14 and Carissa Dunham 13.

YOUNGSVILLE, Pa. – Maddie Yanc led a pair of Cambridge Springs players in double figures with 20 points as the Blue Devils earned a 58-24 win over Youngsville.

Yanc got off to a hot start, scoring 10 of those points in the first quarter to help stake her team to an early 23-2 lead.

Conneaut trailed 21-15 at halftime, outscoring the Bulldogs 28-12 in the second half, including 15-5 in the third quarter.

Avery Phillips and Phoebe Templin had nine points each for Meadville.

COCHRANTON, Pa. – Carly Richter scored 18 points, including a critical late 3 to help Cochranton to a 41-40 Region 2 win over Union City.

A Cathryn Reynolds traditional 3-point play with three seconds to go cut the deficit to one,

The Cardinals missed the ensuing front end of a 1-and-1, but Union City was unable to get a shot off in time.

Reynolds had 12 points and Jessica Messenger 11 for Union City.

Katie Book added 12 points and Audrey Kura 11 for the Rockets.

Bella Marino had 16 points to go along with three steals and two blocks for Eisenhower.

HERMITAGE, Pa. – Camdon Bashor scored nine points and pulled down 10 rebounds as Franklin earned a 25-20 win over Hickory in its regular-season finale.

With the win, Franklin finishes 14-8 overall and 9-3 in Region 5, one game behind in the loss column of first-place Grove City and Slippery Rock (9-2).

Grace Cano scored 11 of her 17 points in the second half for the Trojans, while Josie Lewis scored seven of her 11 points in the third quarter.

With the win, Greenville remains tied with Lakeview atop the region standings with one game to go.

Alli Davis and Chasie Fry had 11 points each for Sharpsville.

Beatty tallied 20 points and Anthony 17, while Taylor Tomko had 11 and Jenna Kalp 10.

Brooke Przybylski had 14 points and Rylee Kapsar 10 for the Huskies.

Isaiah Boice had 13 points and Jonathan Anderson 12 for New Castle.

PITTSBURGH, Pa. – Erie went on the road and dropped a 66-40 decision to a talented Mount Lebanon team out of the WPIAL.

Christian Powers had 20 points to lead the victors.

Layveon Gore and Jay Smith had eight points each for Erie.