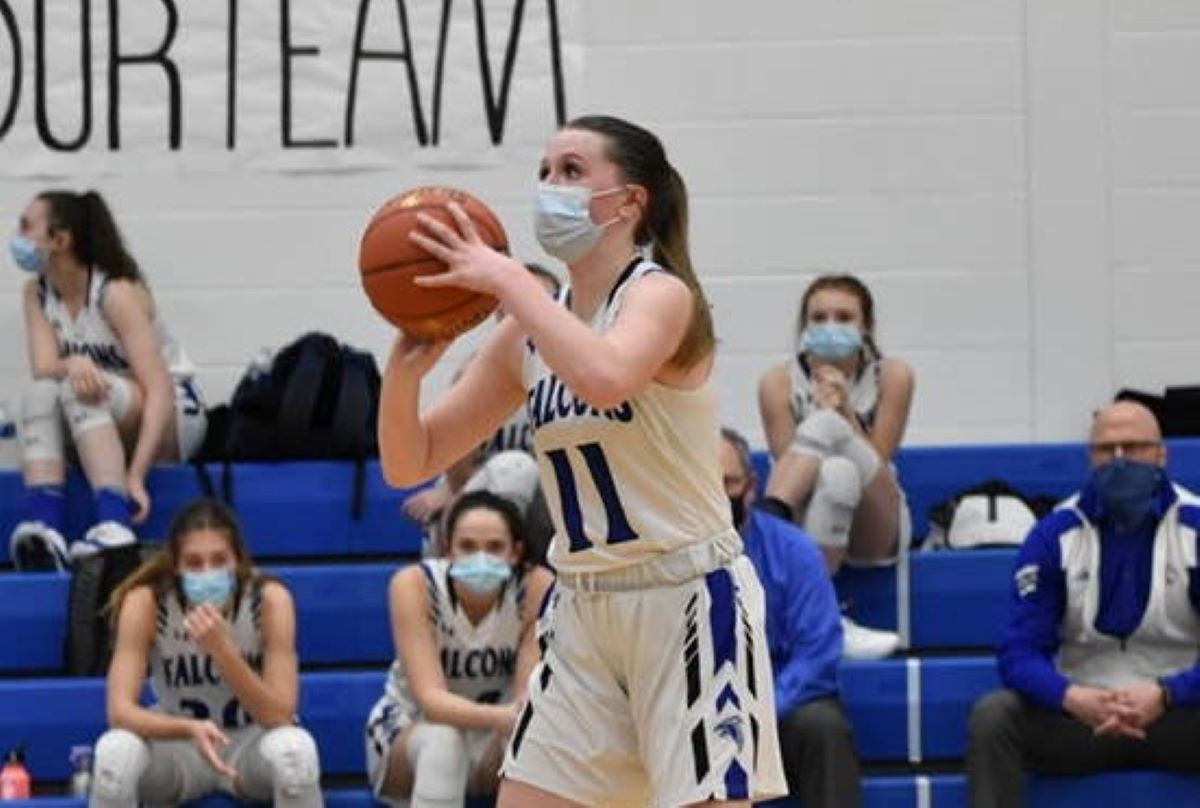 STRATTANVILLE, Pa. – Mia Sherman knocked down a personal-best seven 3-pointers on her way to a career-high 23 points as A-C Valley held on for a 52-50 road win at Clarion-Limestone.

Sherman hit a pair of first-quarter triples to help the Lady Falcons to an 18-10 lead at the end of one quarter before C-L, behind eight Frances Milliron points, tied the game at 26 at halftime.

Rachel Cullen and Ava Burke, who hit a pair of 3-pointers of her own, each added eight points for the Lady Falcons, who hit 10 triples as a team.

The Lady Raiders jumped out to a 26-18 halftime lead behind 13 points fro Hilfiger then survived a two-point third quarter to secure the win.

Kaelee Bresslin added 12 points, four assists, and two steals while going a perfect 6 of 6 from the free-throw line for Cameron County, and Mallory McKimm chipped in eight points.

Hannah Lary netted a game-high 24 points, including 10 in the fourth quarter, for Bradford who also got eight points apiece from Alana Benson and Kalie Dixon.

ST. MARYS, Pa. – Trailing by two going to the fourth quarter, Elk County Catholic got hot from the outside hitting four fourth-quarter 3-pointers on its way to a 59-51 win over visiting Otto-Eldred.

The Lady Terrors led 36-34 going to the final eight minutes before ECC got a pair of long balls from both Tori Newton and Brooke Bauer to rally for the win.

Bauer scored 10 of her 14 points in the fourth quarter with Newton tallying nine of 13 in the final eight minutes. Julia Aikens also scored 10 points for the Lady Crusaders.

CLARION, Pa. – Visiting Keystone used an 8-0 run that spanned the halftime break to pull away from Clarion, 39-30.

The shorthanded Lady Panthers, who were playing without three regulars because of quarantine including one starter, led 22-18 late in the first half when Jozee Weaver hit a pair of free throws with under 15 seconds to play to push the lead to six, 24-18, at halftime.

Emily Lauer then scored off a steal and an offensive rebound in the opening 1:16 of the second half before Danae Hurrelbrink added an offensive putback with 6:19 to go in the third quarter to give Keystone a 12-point lead, 30-18.

The Lady Panthers defense limited Clarion to two third-quarter points, and they led 32-20 going to the fourth quarter and were never really challenged.

Bowser was named the Allegheny Grille of Foxburg Player of the Game and talked about the win.

MILL HALL, Pa. – Down six going to the fourth quarter, Central Mountain got seven points in the quarter from Quinlynn McCann to rally past visiting DuBois, 45-41.

The Lady Beavers led 37-31 at the end of three quarters thanks to a 19-point third quarter that saw Abby Guiher score nine of her 13 points on three 3-pointers.

But DuBois went cold in the fourth quarter, and Central Mountain rallied for the victory.

NEW BETHLEHEM, Pa. – Katie Kovalchick scored 19 of her game-high 26 points before halftime to lead visiting Indiana to a 63-47 win over Redbank Valley.

Casey Kuhn and Lilley Vereschack each added nine points in the win.