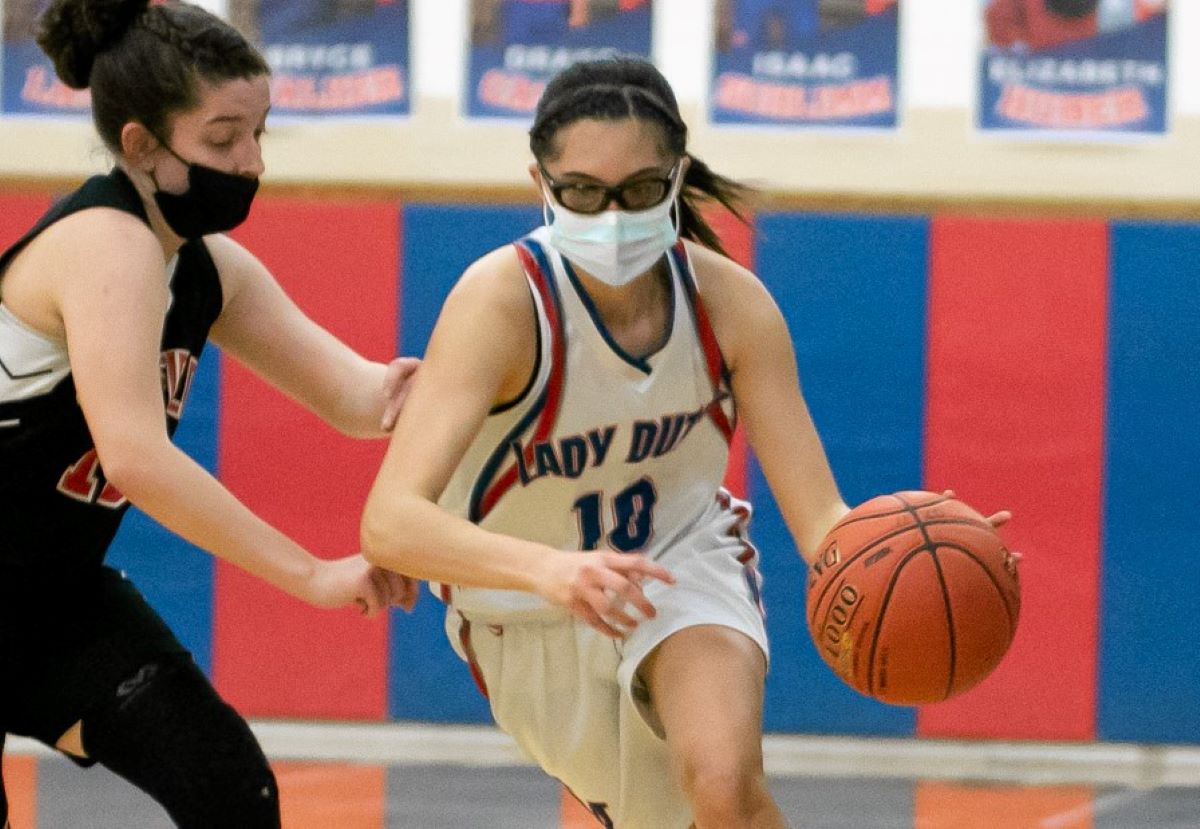 A big second quarter was the difference in the game with the Lady Dutch outscoring ECC 18-5 in the frame to take a 24-19 halftime lead after trailing 14-6 at the end of eight minutes.

Isabella Caskey scored all eight of her points for St. Marys in the second quarter to lead the charge along with Izzy Catalone, who also scored eight in the quarter while hitting a pair of 3-pointers.

Catalone finished with a career-high 20 points while knocking down four 3-pointers.

ECC is now a game back of Punxsutawney in the loss column in the D9 League with one game left for ECC and two for Punxsutawney.

While the game didn’t count in the conference standings, the win opens the door for the She-Wolves to win the Small School title with a win over Union Tuesday. A North Clarion loss would have all but handed the title to the Golden Damsels, who can still win the championship by beating the She-Wolves Tuesday.

After leading by four, 14-10, after one quarter, North Clarion used a 14-3 second-quarter run to take a 28-13 halftime lead and never looked back,

Emma Dailey added six points, all in a 12-point third quarter, for the Lady Gremlins.

It was the third quarter that proved the difference with Karns City outscoring West Shamokin 12-0 in the frame.

Mariah Wessell added 13 points and 10 rebounds for the Lady Vikings who also got eight points from Kennedy Liederbach and three points and eight rebounds from Alyson Stewart.

Keira McVay scored five points for A-C Valley, which was held to two points after halftime.

Feb. 12, 2022 D10 Hoops: Reynolds’ Harrold Drains School-Record Eight Threes in Win; Cambridge Springs Bounces Back
Brookville Wrestlers Finish One Win Short of Third-Place Match at Hershey
This website or its third-party tools process personal data.In case of sale of your personal information, you may opt out by using the link Do not sell my personal information.
×
Manage consent