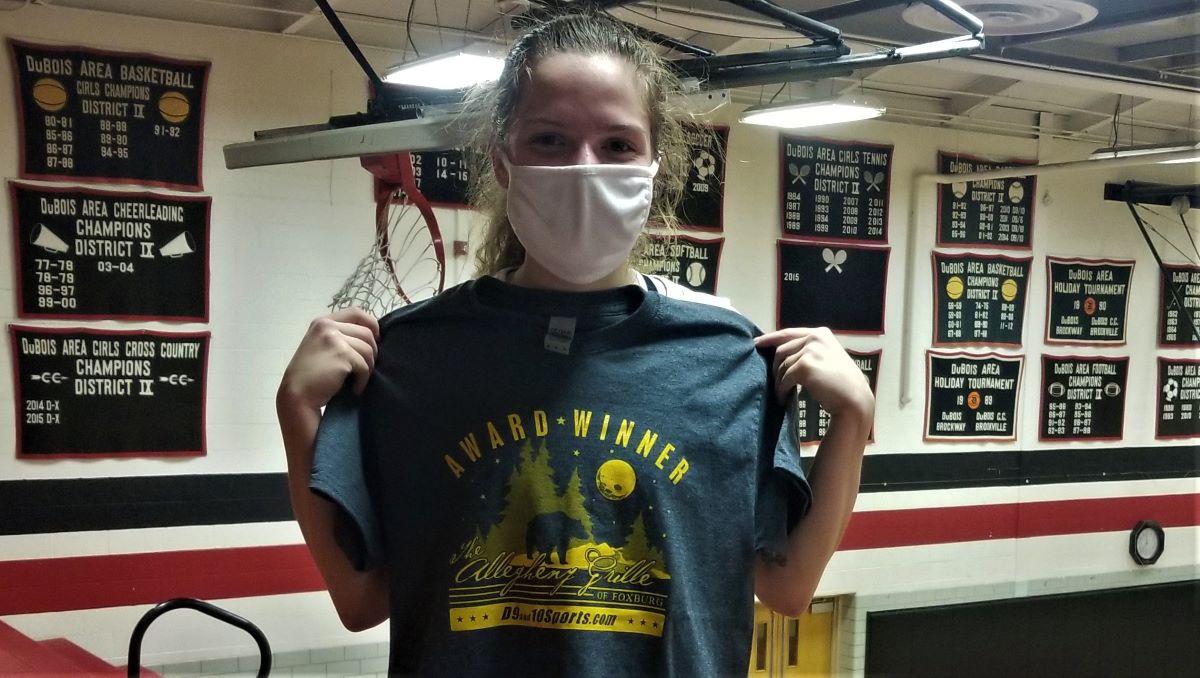 DUBOIS, Pa. – Holding a one-point lead with just over five minutes to play, visiting Punxsutawney went on a game-deciding 16-4 run to beat DuBois, 59-46.

DuBois, which had trailed by double digits, found itself within a point, 41-40, following a Saige Weible layup with a little over five minutes to play.

But Punxsutawney got hot from the outside getting four 3-pointers from three different players – Chloe Presloid, Danielle Griebel (2), and Katelyn Griebel, to put the game away.

Presloid started the run with a triple from the left wing to make it 44-40.

After Olivia Johnson got the game back to within two with an offensive rebound and putback for DuBois, Katelyn Griebel hit two free throws to restore the lead to four.

Danielle Greibel then followed with a 3-pointer, and older sister, Katelyn hit a triple, to push the lead to 10, 52-42.

After a DuBois basketball made it 52-44, Presloid had a driving layup followed by another three from Danielle Griebel, her fifth of the game, to push the lead to 13, 57-44.

Danielle Griebel, just a freshman, had a career-high 19 points while adding four assists, three rebounds, and a steal to lead Punxsutawney, which was playing without second-leading scorer Riley Presloid. The effort earned Danielle Griebel the Allegheny Grille of Foxburg Player of the Game.

She talked about the win.

DuBois, which led 19-17 at the end of the first quarter before falling behind eight, 33-25, at halftime, got 18 points from Weible, nine from Johnson, eight from Abby Guiher, and seven from Madison Rusnica.

CURWENSVILLE, Pa. – Alyssa Bakaysa poured in 26 points to lead Curwensville to a 44-21 win over visiting Philipsburg-Osceola.

Olivia Hutton had nine points to pace the Mounties.

Carden led the Lady Gremlins with 12 points with Manuel adding 10. Rossi McMillen chipped in seven tallies in the win.