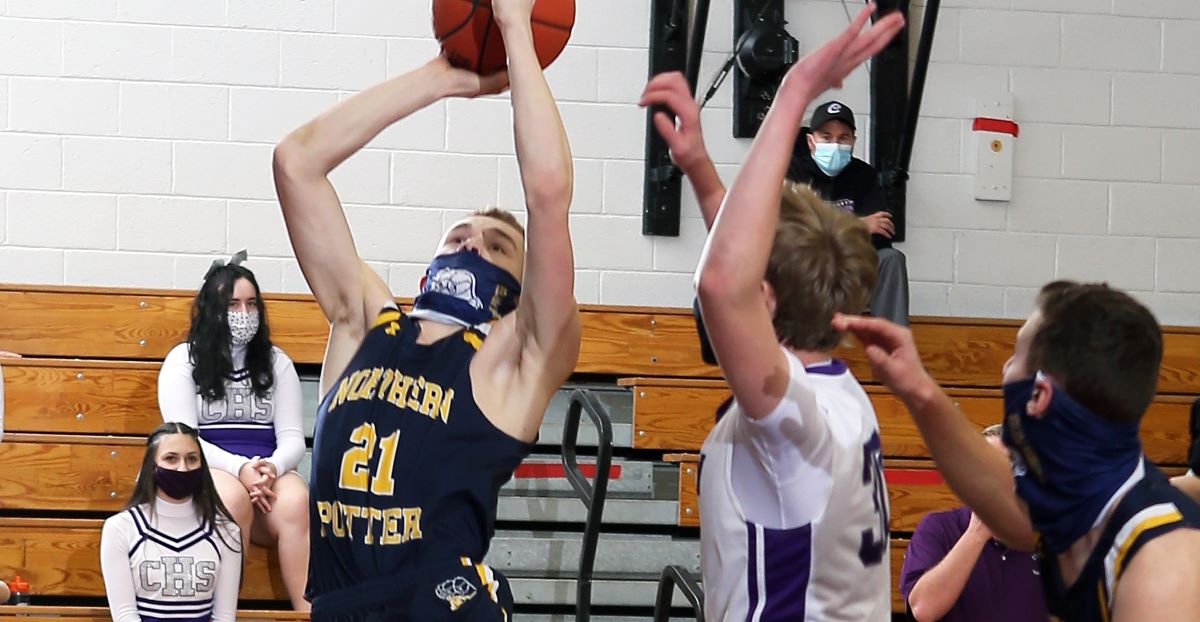 The Dutch, who led 17-15 early in the fourth quarter, found themselves down three, 20-17, following a 3-pointer by Ridgway’s Aaron Sorg and a layup by Dan Park, the latter with 4:12 to play.

The score remained that way until Lasko’s basket with just over a half-minute to play. He was fouled on the bucket but missed the free throw.

Dom Allegretto missed a shot for Ridgway with 22.7 seconds to play before Housler missed a free throw for St. Marys with 21.0 to go.

Park had a chance to give the Elkers the lead with 6.5 to play but missed a shot.

Mitch Reiter then missed a free throw for St. Marys with 3.7 to play, but Ridgway turned the ball over on the inbounds, and Housler hit one of two with 0.4 to play to set the final score.

BROOKVILLE, Pa. – Closing the game on a 25-10 run over the final quarter and a half, Brookville beat visiting Bellefonte, 55-42.

Nick Way led Bellefonte with 16 points, 14 coming in the first half.

While Beighley and Waltman combined for 40 points, Karns City held Clarion, which played the final two-and-a-half quarters without leading scorer Cal German, to a season-low 24 points. The Bobcats came in averaging a District 9-leading 71.6 points per game.

But things didn’t go well for Clarion from the start, as Karns City led 20-8 at the end of the first quarter and was up 28-8 when German was felled.

Without their star player, Clarion couldn’t score mustered just 16 points the rest of the game including just four in the second quarter and four in the third quarter.

Beau Verdill and Gabe Simko each scored six points for Clarion with all six of Verdill’s coming in the first quarter.

Allen Johnston led Forest Area with 12 points including eight in the fourth quarter.

SENECA, Pa. – Brandon Pierce and Colin Say combined to score 26 points to lead visiting Keystone to a 54-22 win over Cranberry.

Pierce led the Panthers with a game-high 14 points with Say adding 12.

Armanini led the Cardinals with 16 points with Foster adding 15, Kosko 14, and Srock 12.

Zuke Smith added eight points and nine rebounds for the wolves who also got nine points from Mason Zuzek and eight from Andy Jekielek. Jake Costanzo chipped in four assists and four rebounds.

ULYSSES, Pa. – Tanyon Brown scored 13 points and hauled down 16 rebounds to go with four steals and three blocks to lead Northern Potter to a 49-35 win over visiting Oswayo Valley.

Tre Slawson added 14 points and seven rebounds for the Panthers.