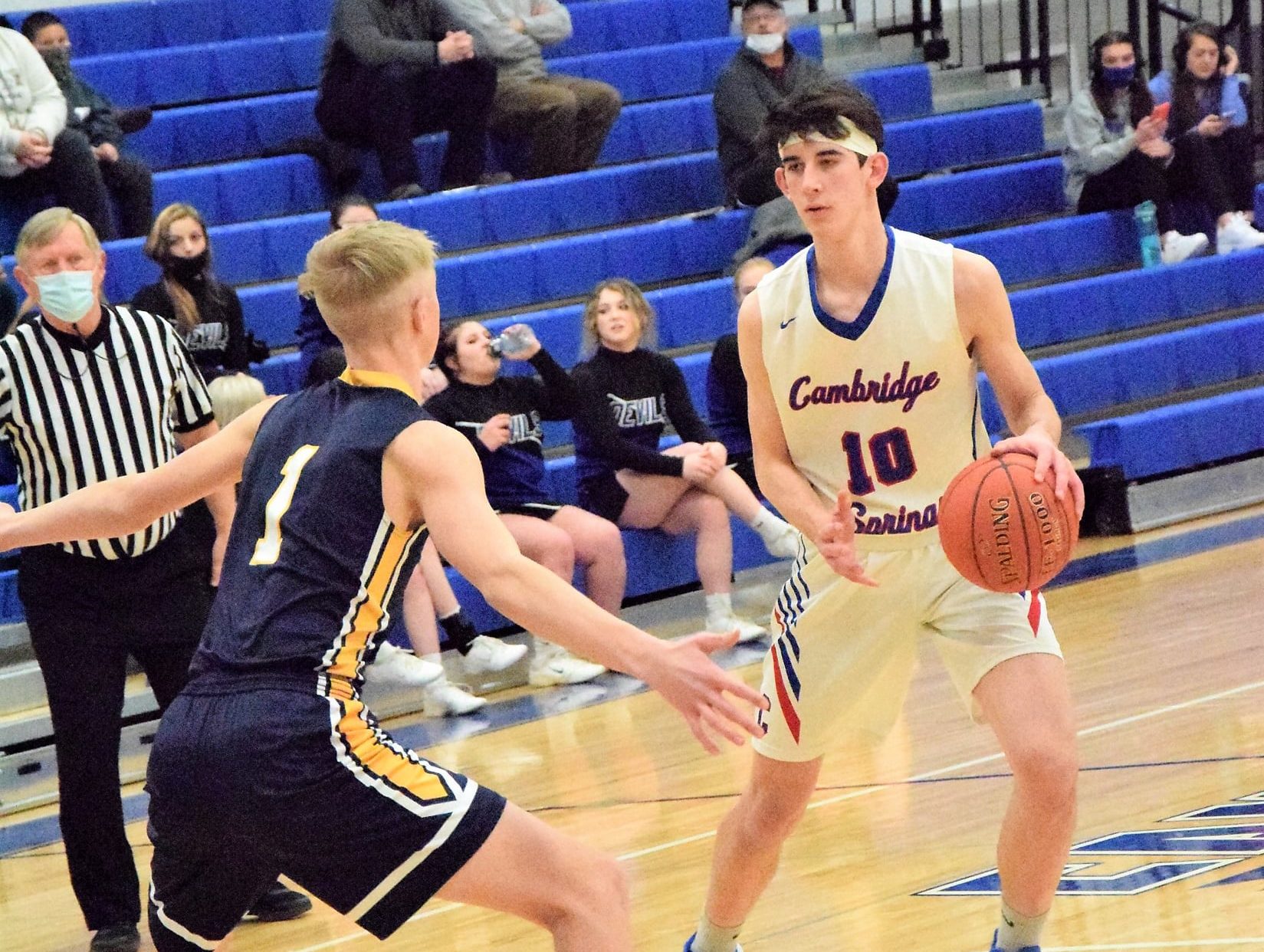 SHARPSVILLE, Pa. – Jackson Doyle drilled five 3’s on his way to a game-high 21 points as Sharpsville edged Fairview in a non-region showdown.

Ryan Ladjevich scored 15 points, six of which came in the fourth quarter, for the Blue Devils, including 4-of-4 from the free throw line in the fourth.

Logan Frazao had a big second half for Fairview, scoring 18 of his team-high 20 points in the final 16 minutes.

James Sitter chipped in with 13 points for the Tigers.

The Blue Devils outscored the Knights 18-4 in the first half en route to the win.

Curt Darling knocked down a pair of 3’s on his way to a team-high 13 points for Eisenhower.

John Woodward and Marquell Darnell added 12 point each for Erie, which led 32-22 at halftime.

The Royals overcame a monster game from Hickory’s Peyton Mele, who scored 30 points.

The Wildcats outscored the Braves 18-6 in the third quarter to assume control.

The Bobcats outscored the Bears 25-17 in the second half en route to the victory.

Samantha Hartman and Lauren Schneider scored nine points each for the Bobcats.

Jala Walls had 17 points to lead all scorers for Sharon.

The Yellow Jackets outscored the Bison 15-9 in the fourth quarter on their way to the victory.

Alee Young had 15 points and Montana Truitt 11 for Fort LeBoeuf.

Reynolds Captures District 10 Class 2A Team Wrestling Title
D9and10Sports TV Interview: Ben Cano of Greenville Talks About 1,000 Point, Being a Well-Rounded Person
This website or its third-party tools process personal data.In case of sale of your personal information, you may opt out by using the link Do not sell my personal information.
×
Manage consent