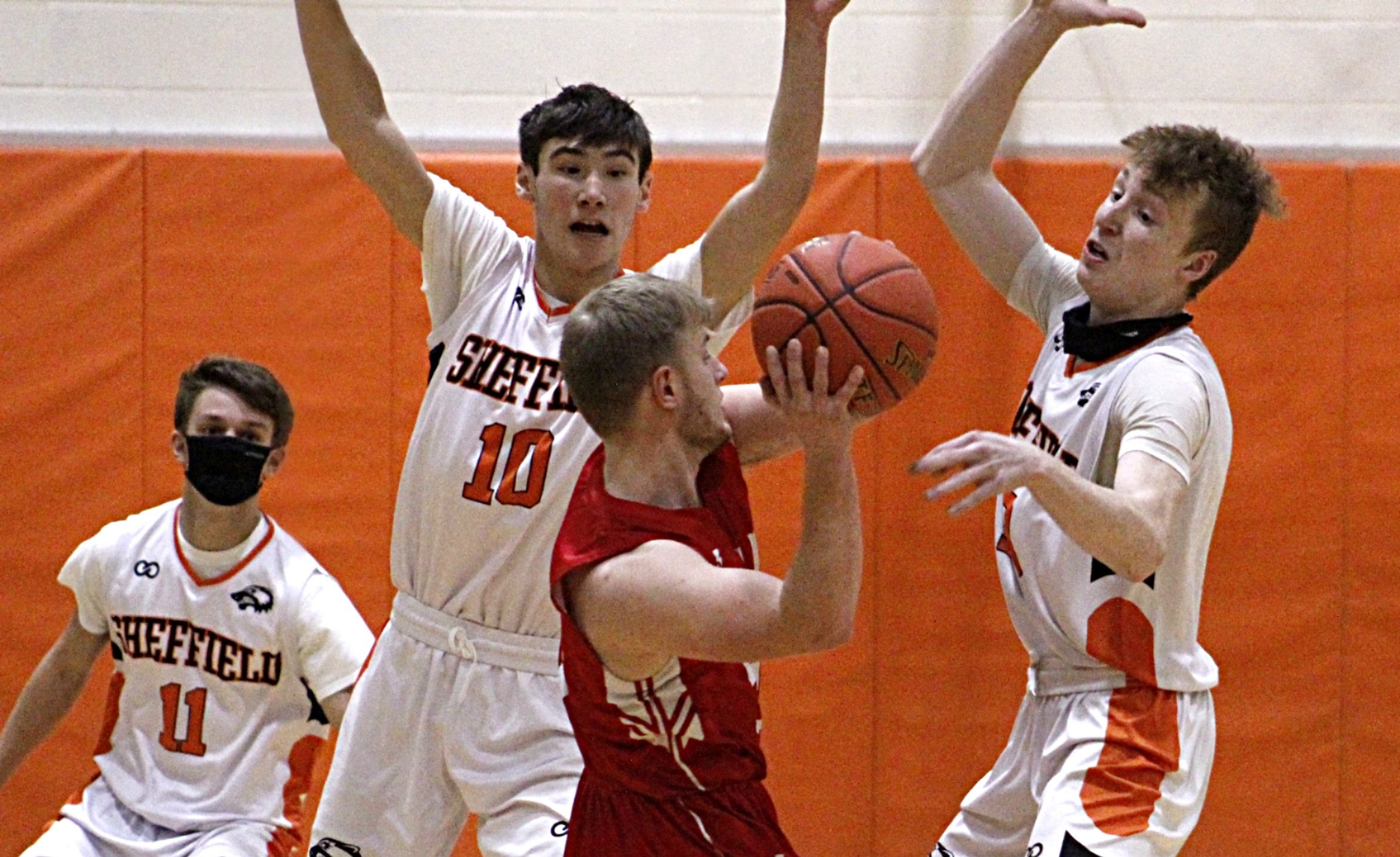 SHEFFIELD, Pa. – Behind Tyler Hepinger and Tony Richards, Sheffield used a game-ending 10-2 run to get a 52-42 win over the visiting Eagles.

The Wolverines led by two, 42-40, in the fourth quarter before going on the game-finishing run to pull out the double-digit victory.

Hepinger, who added four steals, talked about the victory.

The Ramblers, who also got 12 points from Liam Galla and 11 from Reece Colvin, led 29-13 at halftime.

Also for the Tigers, who led 33-10 at halftime, Caroline Zentis had 12 points and Jada McBride and Sammy Momeyer 10 each.

The Blue Devils, who got 16 points from Maddie Yanc and 13 from Jordyn Wheeler, led 26-10 at halftime.

Maydison Kent had a strong game for Seneca pouring in 19 points.

The Eagles, who also got 10 points from Kenzie Olewine and eight from Kamryn Weissinger, outscored the Wolverines 24-7 in the second half.

LAKEVIEW, Pa. – Reese Gadsby scored eight of her team-high 16 points in the third quarter, as Lakeview beat visiting Greenville in a battle of unbeatens.

The Sailors led 17-15 at halftime but behind Gadsby took a 34-26 lead into fourth quarter.

Amber Sefton scored nine of her 12 points after halftime as well for Lakeview, while Sophia DiMaria chipped in with eight points.

Josie Lewis scored a game-high 20 points for Greenville including 16 in the second half. Amy Batt added nine tallies.

Lakeview is now 4-0 on the season with Greenville dropping to 6-1.

A total of 12 different Maplewood players found the score sheet, which also included Izzy Eimer and Jordyn Pioski, who scored 10 points each.

The Eagles, who got 14 points from Clara Hannon and 12 from Becca Santom, led 26-4 at halftime.

Hannah Reiber chipped in seven points in the victory.

Lauren Billingsley added 15 points for Franklin, which led 28-8 at halftime.

The win was the 200th in the coaching career of Justin Magestro.

Keegan McConahy had 16 points for the winners, while Hayden Keith added 15, Paris Gilmore 14 and Alayjah Jones 11.

SAEGERTOWN, Pa. – Saegertown outscored Cochranton by 14 points in the first quarter on its way to a 51-30 victory.

Mollie Przybrowski led the winners with 15 points, while Ava Jones had 13 and Hailee Gregor 11.

Lexie Moore had a strong game for Cochranton with 14 points.

FARRELL, Pa. – Farrell built a 25-point halftime lead on its way to a 56-25 win over Commodoer Perry.

Sanaa Brodie had 17 points to lead the Steelers, who raced out to a 31-6 advantage.

Grace Jones had 12 points and Mackenzie Hause nine for the Panthers.

Beatty also had nine rebounds in the win.

Emily Anthony added 14 points for the Big Reds while Emma Mild had 10.

Lillirose Lang had 16 points for the Lakers, who led 33-25 at halftime.

Olivia Kulyk had 14 points and Anna Tranum 12 for the winners.

Kayla Sharman had 15 points for Girard and Courtney McDonald 12.

The Wildcats also got eight points from Chloe Yazembiak.

Feb. 1, 2021 Wrestling: Greenville Tops Sharpsville
District 9 and District 10 Basketball and Wrestling Schedule for Feb. 3, 2021
This website or its third-party tools process personal data.In case of sale of your personal information, you may opt out by using the link Do not sell my personal information.
×
Manage consent