Farrell, Westinghouse set to Meet in Class 2A Quarterfinal Showdown 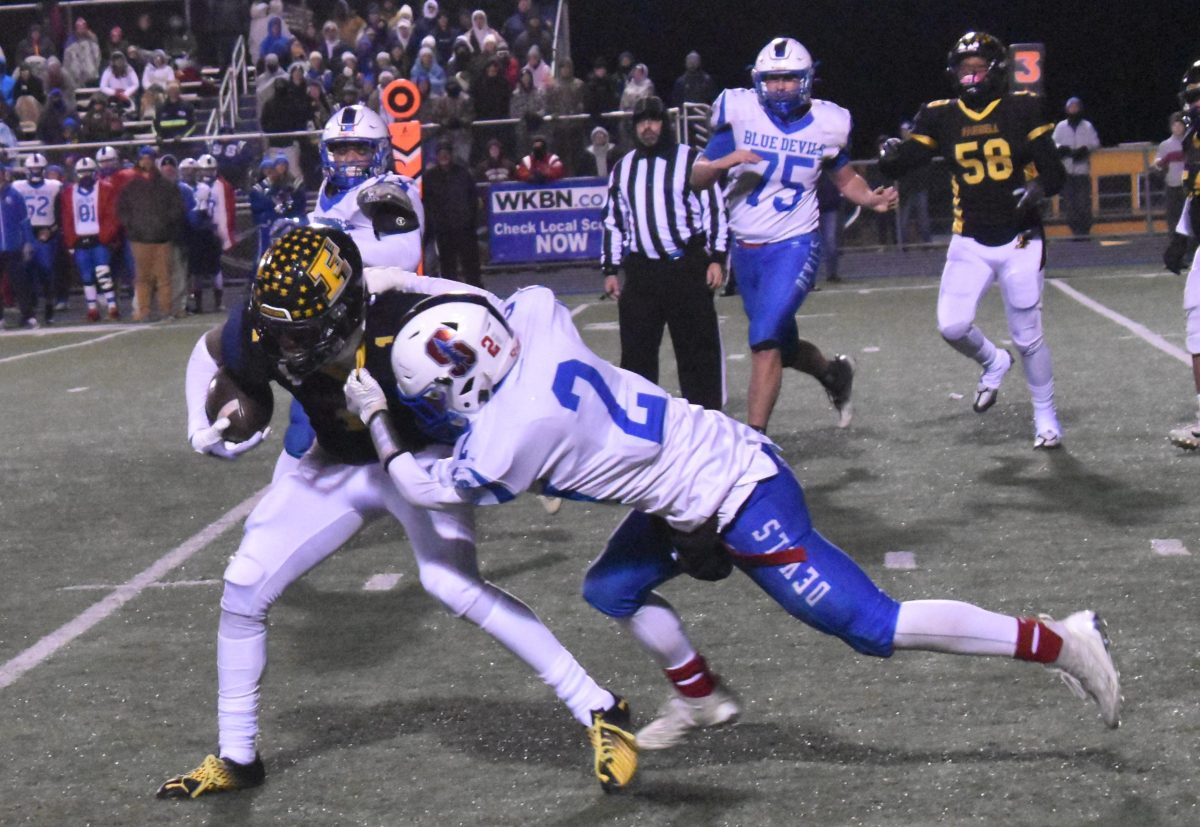 FARRELL, Pa. – Farrell is used to playing football this time of year, and 2022 is no different, as the Steelers will travel to Pittsburgh’s Cupples Stadium at 1 p.m. for a date with Westinghouse in the PIAA Class 2A quarterfinals.

These two teams met a year ago in the state playoffs, a 24-7 win for Farrell.

Farrell is coming off a 26-0 win over Sharpsville in the D10 title game, while Westinghouse (12-0) earned a 44-8 win over Central Clarion last week.

The Steelers (10-1) will be without the services of standout Kylon Wilson, who was ejected during the Sharpsville game. Wilson has accounted for 527 yards and 17 touchdowns rushing and 975 yards and 10 touchdowns receiving, while also intercepting three passes on defense.

Farrell has plenty of other playmakers, and junior Brandon Chambers stepped up in a big way in the win over Sharpsville. Chambers had a 65-yard fumble return for a touchdown and also rushed for 128 yards (115 in the second half) and a pair of touchdowns.

Junior quarterback Kabron Smith has put together a very strong season, completing 70 percent of his passes (101-of-155) for 1,854 yards and a 22-5 touchdown-to-interception ratio.

The Farrell defense hasn’t given up more than 15 points since its only loss of the season, a 40-38 thriller to Ursuline (Ohio) in Week 2.

Marion Norris leads the defense with 93 tackles, while Malachi Owens has 59 tackles, including 12 for loss and 8.5 sacks. Kien Wade and Norris have 3.5 sacks each, while Phillips, Chambers, and Javon Bell have two interceptions each.

They will be facing a Bulldogs’ team that hasn’t given up more than 18 points in a game this season (a 39-18 win over Steelton-Highspire in Week 2).

Westinghouse outgained D9 champion Central Clarion 407-106 last week, limiting the Wildcats to just one first down in the second half.

The Bulldogs had six different players score touchdowns in the win, led by quarterback Keyshawn Morsillo, who threw for 153 yards and a touchdown pass to Davon Jones He also ran for a touchdown.

Morsillo has thrown for 2,234 yards with a 39-5 touchdown to interception ratio and has also rushed for 662 yards and 16 touchdowns.

Sincere Smith leads the receiving corps with 1,144 yards and 19 touchdowns.

Kahlil Taylor had 78 yards rushing and a score in the win, while Shaun Robinson, Roderick Jeter, and Kahlil Green also had rushing touchdowns.

Grove City set to Face Familiar Foe in PIAA Class 3A Quarterfinals
2022 District 9 and District 10 Week 14 Football Predictions
This website or its third-party tools process personal data.In case of sale of your personal information, you may opt out by using the link Do not sell my personal information.
×
Manage consent