Farrell Drops Heartbreaker to Ursuline in Battle of Top Teams 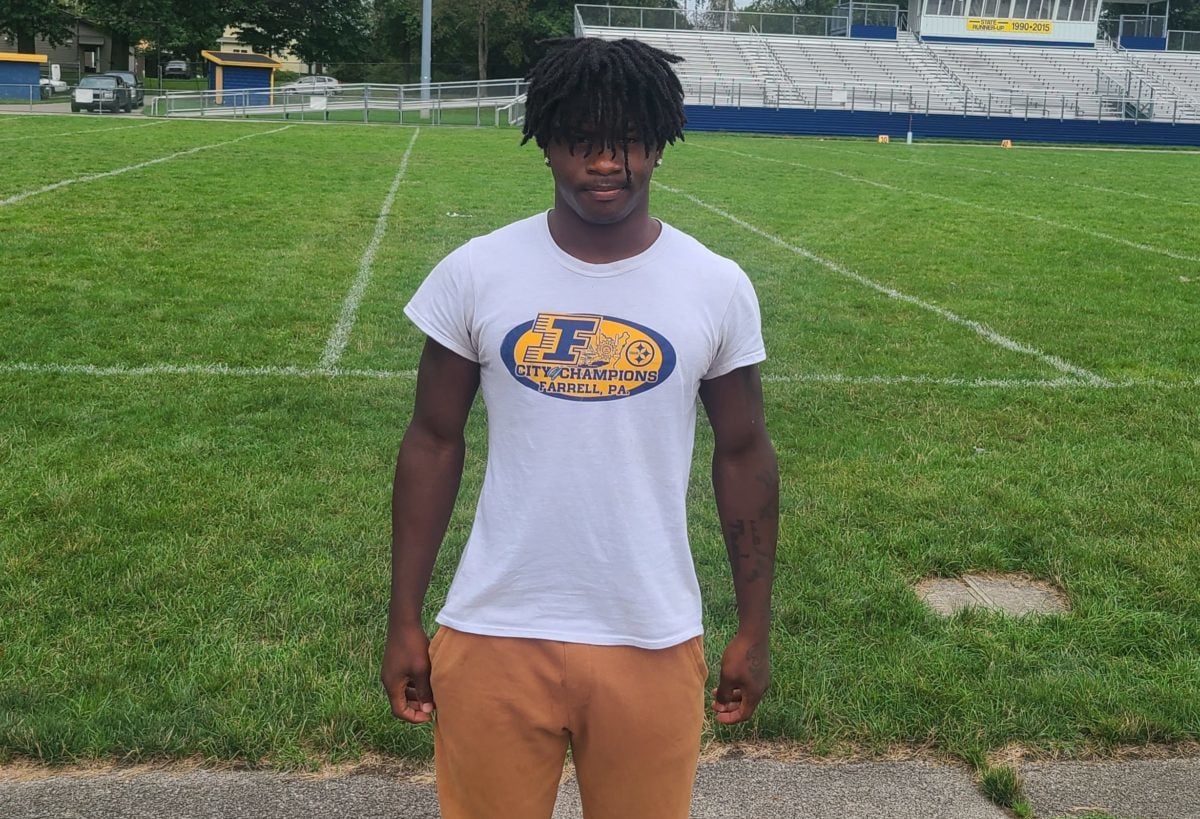 FARRELL, Pa. – Farrell’s Kabron Smith was brought down for a sack on the final play of the game as Ursuline (Ohio) topped the Steelers in a heavyweight matchup, 40-38.

Farrell christened the brand new Pegues Sports Complex with their neighbors from Ohio, and the game lived up to the hype.

Smith threw for 204 yards in the setback and three touchdowns – two to Juju Phillips and the other to Lamont Samuels.

Farrell made some big plays on special teams as well, as Brandon Chambers and Kylon Wilson both had kickoff returns for touchdowns. Wilson’s came to open the second half and gave Farrell a 26-24 lead and Chambers’ came after a Christian Lynch 2-yard touchdown run had given Ursuline a 34-32 lead.

Chambers’ return made it 38-34 Farrell, but Tyreq Donlow answered with a 9-yard touchdown run with 3:11 to go to put Ursuline back on top, 40-38.
Wilson had 87 yards receiving for Farrell and also added a rushing touchdown.

Lynch, meanwhile, had a monster game on the ground for Ursuline with 261 yards.

Farrell will look to bounce back on Friday when they host Grove City to begin their Region 3 slate.

Pizza Hut District 9 and District 10 Football Live Scoreboard – Week 2 2022 (Sept. 1-3)
Big First Quarter Lifts Otto-Eldred to Win at Sheffield
This website or its third-party tools process personal data.In case of sale of your personal information, you may opt out by using the link Do not sell my personal information.
×
Manage consent