Farrell Beats Northwestern, Sets up Round 3 With Wilmington In Class 2A Final 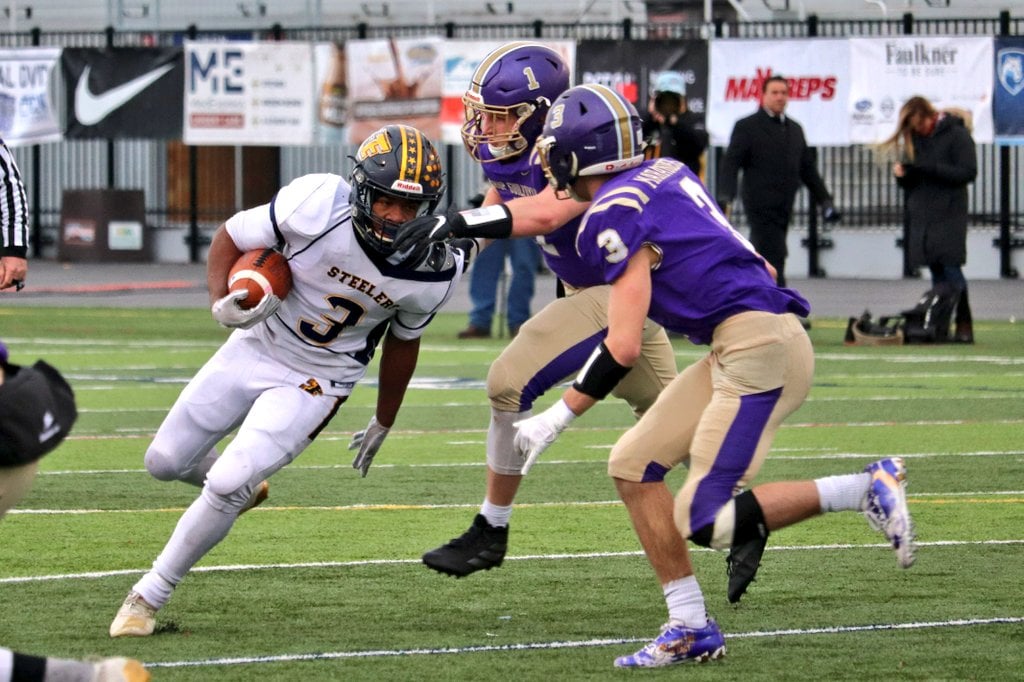 ALBION, Pa. – Anthony Stallworth ran for 245 yards and and a touchdown, while Christian Hartley had a pair of rushing scores to lead Farrell past Northwestern, 30-10 in the District 10 Class 2A semifinals.

In a game that had to be moved to Saturday because of inclement weather on Friday, the Steelers advanced to face Wilmington for a third time this seson in the 2A title game next Saturday. Farrell, the defending state champions in Class 1A, made the bump up in 2020.

On Saturday, Farrell jumped out to a 22-0 lead and never let up.

Against the previously unbeaten Wildcats (6-1), the Steelers wasted no time getting on the board, as Jaden Harrison capped an 8-play, 64-yard drive with a 14-yard run on the opening drive of the game.

Farrell’s next possession also resulted in points, as Hartley punced it in from a yard out to make it 14-0.

The Steelers’ third possession traveled 98 yards, but needed just six plays to do so, as Stallworth took a handoff 83 yards to the house for a 22-0 advantage.

Ryan Tewell was able to get the Wildcats on the board late in the first half, scoring on a 1-yard plunge to make it 22-7 at haltime.

The WIldcats took the opening drive of the second half and marched 51 yards, and Preston Runser connected on a 31-yard field goal that cut the deficit to 22-10.

The Steelers (5-2) put the game out of reach in the fourth quarter as Hartley capped a 59-yard drive with a 4-yard scoring run.

Austin Swift had 58 rushing yards to lead Northwestern, while Tewell threw for 97 yards and rushed for 12.

Farrell’s Taidon Strickland also had an interception on defense.

Saturday’s District 10 Regular Season Football Recaps: McDowell Returns With Win
Redbank Valley bounces Coudersport, 28-12
This website or its third-party tools process personal data.In case of sale of your personal information, you may opt out by using the link Do not sell my personal information.
×
Manage consent