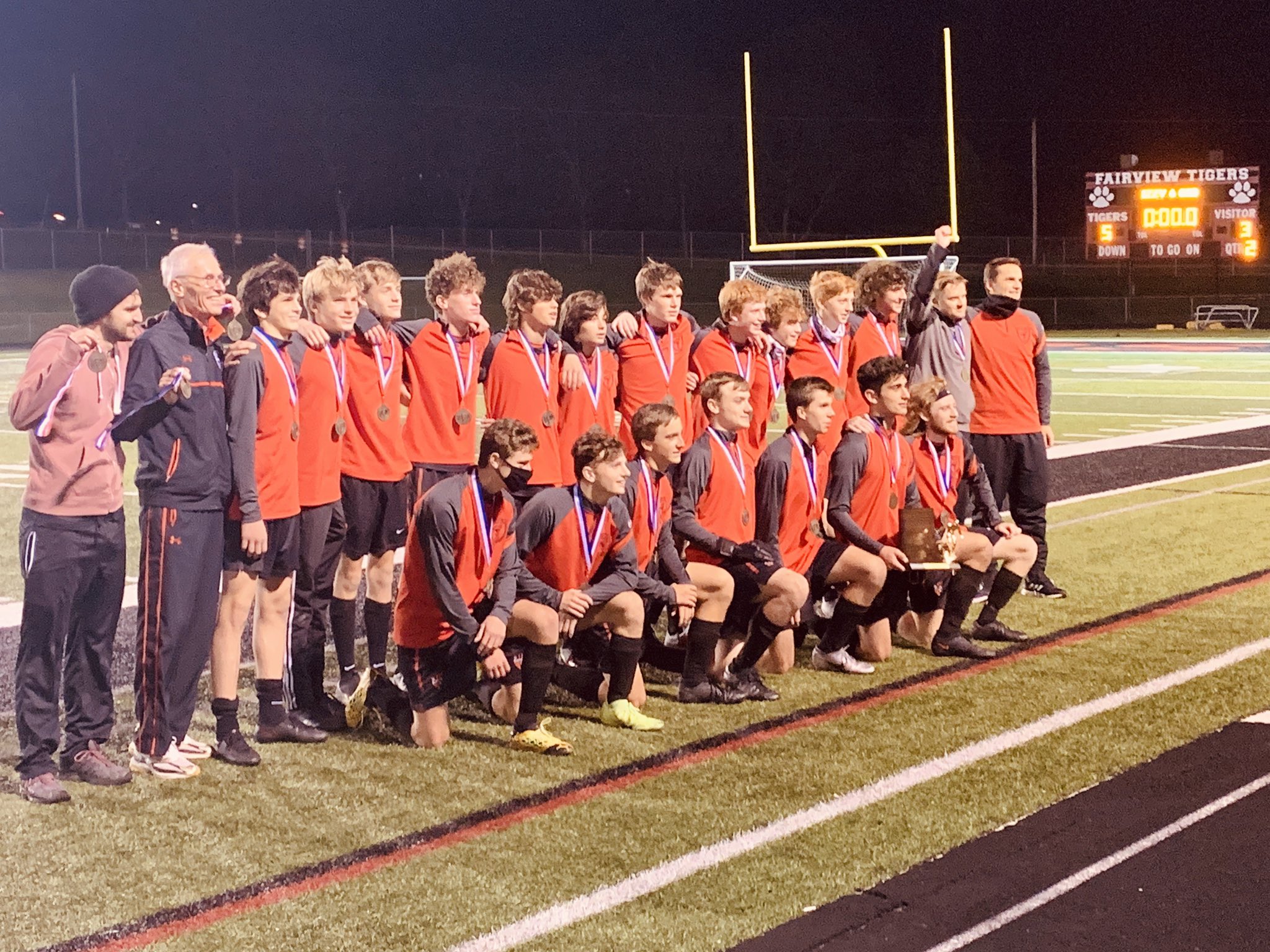 FAIRVIEW, Pa. – Drew Smith recorded a hat trick as Fairview knocked off Hickory 5-3 for the District 10 Class 2A boys soccer championship on Thursday.

The win comes a year after the Tigers fell to Mercyhurst Prep in the D-10 final.

Smith scored two of his goals in the first half to stake the Tigers (18-0-1) to a 2-0 lead before Paul Morelli scored just before halftime for Hickory to make it 2-1.

Zach Scott scored five minutes into the second half to give Fairview a 3-1 lead.

Hickory cut the margin to one again just three minutes as Tony Giuseppucci scored on a feed from Brady Robison.

Aiden Piazza scored on a free kick with 25:58 to go, and just 45 seconds later, Smith completed his hat trick for a 5-2 lead.

Fairview advances to the PIAA quarterfinals on Nov. 14 against District 6 champion Westmont Hilltop.

MERCER, Pa. – Mercer’s TJ Ferrans scored two minutes into overtime to lift the Mustangs to the District 10 Class 1A title, 2-1 over Iroquois.

After a scoreless first half, Iroquois’ Logan Kuhn scored off a corner kick to give the Braves (5-14) a 1-0 lead.

Mercer’s (12-5) Max Graul knotted the game with 11:30 to play, setting the stage for the overtime heroics of Ferrans.

The Mustangs advance to play District 6 champion Belleville Mennonite in the first round of the PIAA playoffs on Nov. 10.

Clarion, ECC Move into D9 1A VB Championship Match; Galeton Falls in D4 Title Match
Saegertown, Conneaut Earn District 10 Volleyball Crowns
We use cookies on our website to give you the most relevant experience by remembering your preferences and repeat visits. By clicking “Accept All”, you consent to the use of ALL the cookies. However, you may visit "Cookie Settings" to provide a controlled consent.
Cookie SettingsAccept All
Manage consent