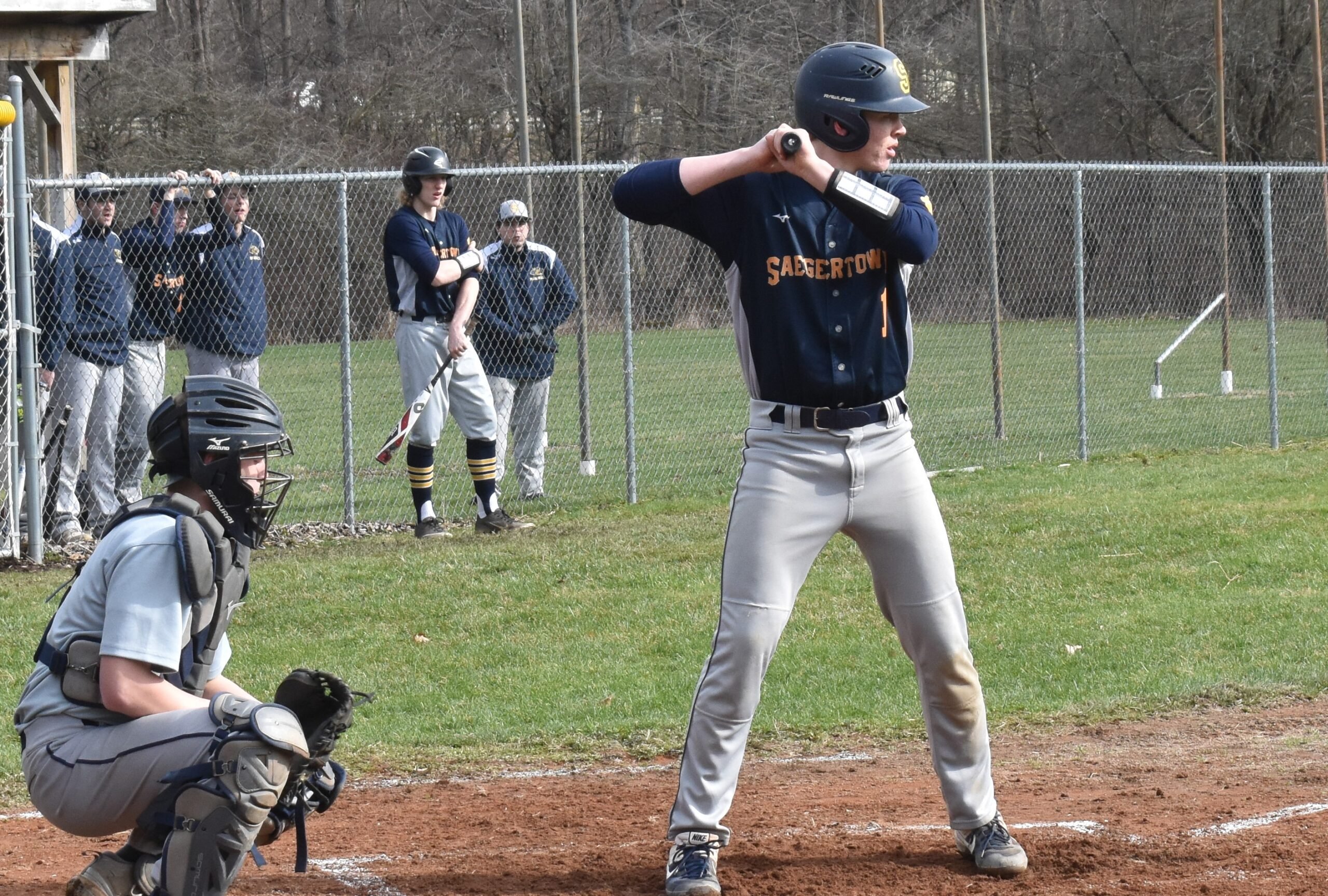 ERIE – Aiden Rubilotta’s 2-run double in the fifth proved the game-winner as Fairview topped Hopewell, 3-2, in their PIAA Class 3A first round game at Mercyhurst University on Monday.

With two outs, two on, and the Tigers trailing by a run, Rubilotta roped a 3-1 pitch into centerfield for a double. Vinny Campoli and Patrick Stafford scored on the hit.

Hopewell opened the scoring when Anthony LaSala scored on an error in the third. The Vikings doubled their lead on Gregory Barlion’s RBI single in the fourth.

Fairview answered with a run in the bottom of the fourth. Ed Dolansky hit a 1-out double and Logan Fiolek singled him to third. Collin Bolla’s sac fly to left brought in Dolansky for the Tigers’ first run and set up the fifth inning game-winner.

Rubilotta, Fiolek, and Bolla each finished with two hits.

Bolla got the win in relief pitching 2 ⅓ scoreless innings. He didn’t allow a hit, walked one, and struck out two. Sean Houston got the start allowing two unearned runs on six hits with five strikeouts in 4 ⅔ innings.

LaSala took the loss allowing three earned runs on seven hits with three strikeouts in 4 ⅔ innings. Lucas Arrington and Landon Fox each pitched ⅔ inning. Arrington gave up a hit and walked one, while Fox struck out two.

Fairview will take on District 6 champion Central-Martinsburg, a 13-3, 5-inning winner over Mohawk, in the quarterfinals Thursday at a site/time to be announced.

SAEGERTOWN 9, EDEN CHRISTIAN 2
SLIPPERY ROCK, Pa. – Henry Shaffer pitched and hit Saegertown to a 9-2 win over Eden Christian in their PIAA Class 1A first round game at Slippery Rock University.

Shaffer collected three hits, including a double and a triple, and drove in three runs for the Panthers. He also picked up the complete-game win on the mound, allowing two earned runs on five hits with nine strikeouts.

The Panthers struck for three runs in the first and six more in the third on their way to victory.

Wyatt Burchill and Landon Caldwell hit back-to-back singles to start the first, and Shaffer followed with a 2-run triple to put Saegertown on the board. Gabriel Jordan, courtesy running for Shaffer, scored on a passed ball later in the inning to make it 3-0.

Caldwell had two hits, scored twice, and drove in a run. Burchill and Jordan each scored twice.

Saegertown will meet DuBois Central Catholic, a 15-5, 6-inning winner over Rochester, in the quarterfinals on Thursday at a site/time to be announced.

LAUREL HIGHLANDS 4, CATHEDRAL PREP 3
ERIE – Cathedral Prep had the tying run 90-feet away, but couldn’t bring him home and Laurel Highlands held on for a 4-3 win in an opening round PIAA Class 4A game at Mercyhurst University.

Down a run in the sixth, the Ramblers got a 1-out walk from Jackson Mattocks and an Andrew Malec single to put runners on the corners. Malec was picked off at first for the second out and Joe Chambers struck out John Koshan to end the inning.

Cathedral Prep was set down in order in the seventh to end the game.

Two singles and a sac bunt put Laurel Highlands on the board with a run in the first. Koshan’s RBI groundout in the second tied the game at 1-1.

Chambers hit an RBI single in the third to put the Mustangs back ahead, but the Ramblers answered in the home half thanks to back-to-back triples by Reese Colvin and Cole Constable.

Frank Kula’s 2-run single in the fourth put Laurel Highlands ahead for good.

Jason Fultz hit an RBI single in the fifth to make it a 1-run game.

Constable had two hits and drove in a run. Colvin scored twice for the Ramblers.

Chambers got the win allowing three earned runs on six hits with two walks and 12 strikeouts in six innings. Devan Krivosky got the save with one scoreless inning. He struck out one.