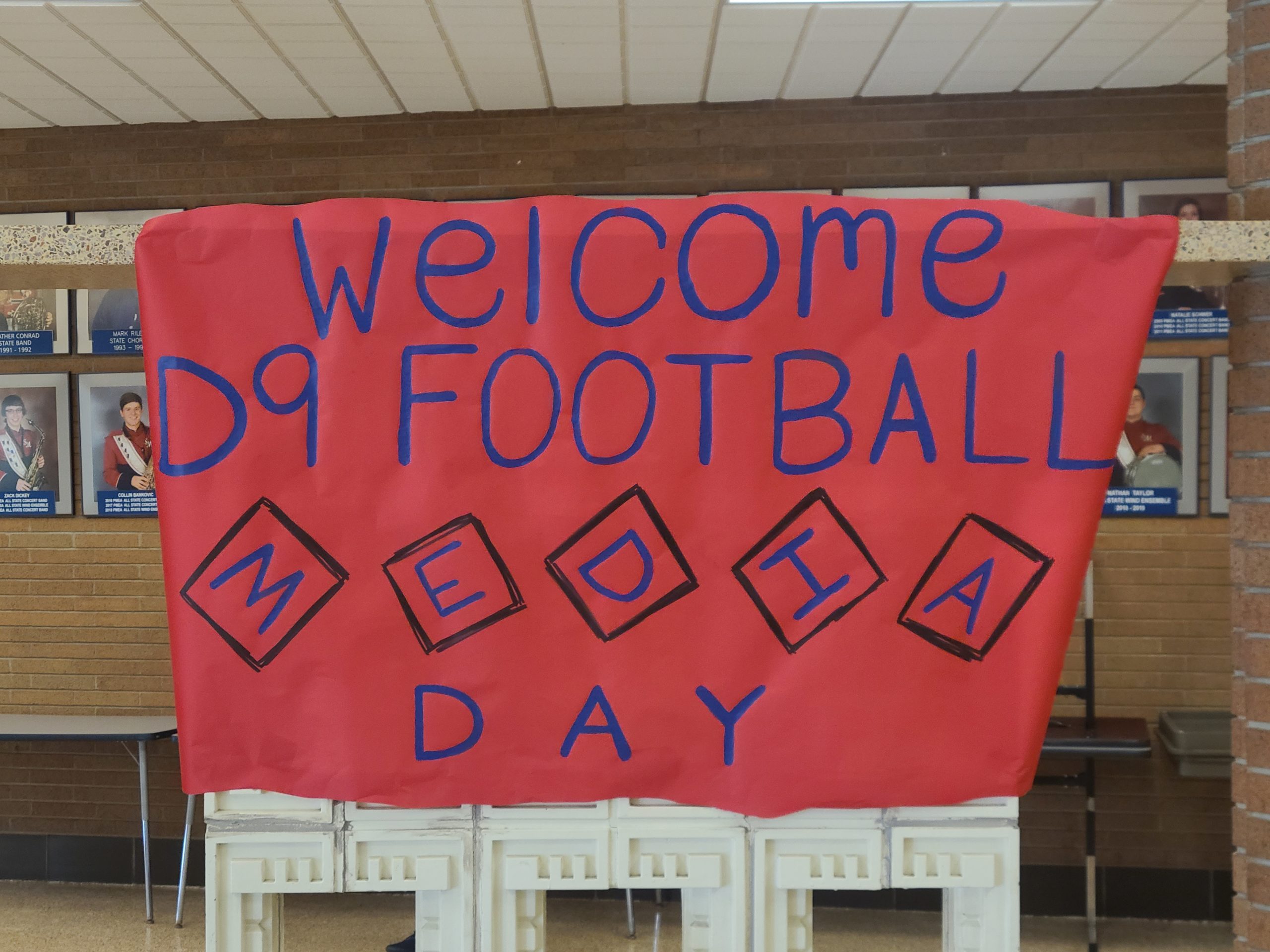 The 2021 high school football season is on the horizon and several themes emerged during District 9 Football League Media Day Wednesday at St. Marys Area High School, the most prevalent of which was excitement.

There’s an excitement to return to business as usual without the restrictions of a pandemic, excitement at how much growth there has been among teams in the offseason and excitement to get the pads popping and the season underway.

“Each year is a different year,” said Karns City coach Joe Sherwin, whose team captured the district title in Class 2A in 2020. “I’m excited to see how the kids are going to gel with each other.”

The league also has a change in membership for 2021, bidding farewell to Curwensville and adding Bucktail to the mix. The Bucks hail from Renovo and are excited about the new opportunity.

“For these guys, it’s relatively new,” said Bucktail coach Jared Hurlbert. “I actually coached at Brockway for a number of years so I’m familiar with all of the teams. It’s a lot better for us. The enrollment sizes are closer to us and we’ll have a lot of really good competition this year.”

And gone are the bubbles and back are the normal schedules, a welcome sight for everyone in attendance.

The return to normal has also made for a more productive offseason as teams head into fall camp.

“We really didn’t even get 7-on-7s and stuff last year,” said Brockway second-year coach Jake Heigel. “A full camp from what I’ve seen is going to make a huge difference. We’re looking forward to having a full camp. We have a good core group that’s been working very hard. “

Added first-year Central Clarion County head coach Dave Eggleton: “It’s nice to get back to some normalcy here with the media day. I had a really good experience the last two years with coach (Larry) Wiser. I’m excited to take over and put my spin on the team and get started.”

Eggleton is one of several first-year head coaches, taking over for the aforementioned Wiser, a coaching legend in District 9.

For Sheffield and first-year head coach Mike Barr, it’s a fresh start after the Wolverines were forced to cancel their season after one game a year ago.

“The kids are excited,” Barr said. “People seem to be excited around the town. Our numbers are up. I don’t know how much convincing I have to do. These guys are hungry and their work ethic shows in our offseason workouts.”

Kane is Sheffield’s neighbor to the south, and former head coach Todd Silfies is back in the saddle in 2021. The program had tremendous success under Silfies’ guidance and he’s eager to be at the helm once again.

“I’m just grateful for the opportunity,” Silfies said. “There’s a lot of new things. Football changes every year, but just getting back into the swing of it is exciting.”

The players have been hard at work in the offseason and a common theme emerged among them as well – they are ready to get going.

“We’ve been putting in a lot of work in the weight room,” said Keystone’s Bret Wingard. “We’re ready to start playing.”

Smethport’s Noah Lent was one of the key cogs in the Hubbers’ run to the Class 1A title game last year, and he’s anxious to help lead the Hubbers again in 2021 after rehabbing from an injury.

“Our expectations are just like last year, just as high,” Lent said. “I put a lot of work in trying to get back.”

Coudersport is under the direction of Frank Brown, who takes over after a successful run at Wellsville (N.Y.). Falcons’ senior Logan Ruter is fired up for the upcoming season.

“It’s been awesome,” Ruter said. “It’s been a lot of fun. We’ve put a lot of work in and we’ve got good vibes with all the coaches. Lots of new stuff, but good stuff. We’re excited.”

Camps officially get underway with head acclimatization practices beginning on Monday, Aug. 9. The start of the regular season begins on Friday, Aug. 27.

Sharpsville, West Middlesex Reach Tentative Agreement to Co-Op in Football
Big 30 All-Star Charities Classic Football All-Star Game Returns Tonight (Aug. 7)
We use cookies on our website to give you the most relevant experience by remembering your preferences and repeat visits. By clicking “Accept All”, you consent to the use of ALL the cookies. However, you may visit "Cookie Settings" to provide a controlled consent.
Cookie SettingsAccept All
Manage consent