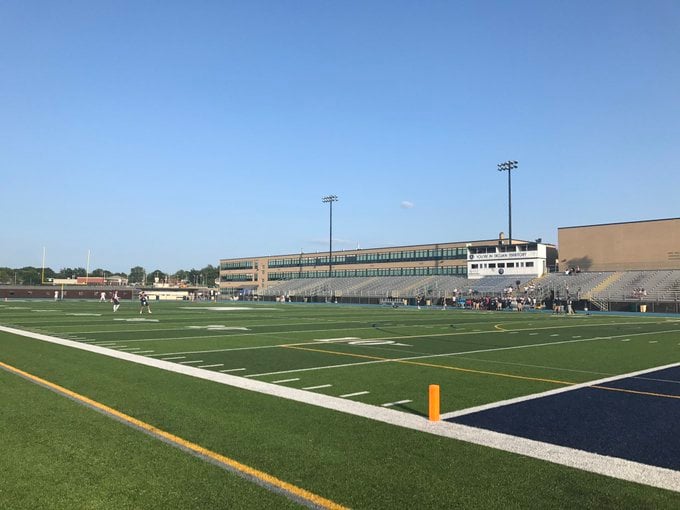 ERIE – District 10 announced in a tweet this morning that the Erie at McDowell Class 6A championship football game was canceled.

District 10 confirmed to D9and10Sports that the cancellation was due to COVID-19 concerns with Erie High.

With the cancellation, McDowell becomes the D10 6A champion and moves on to the PIAA State Quarterfinals where the Trojans will face Pittsburgh Central Catholic at a time and location to be announced.

Erie High has been dealing with COVID-19 issues and has been shut down all week. The school initially canceled all athletic activities, then changed course and allowed the football championship to be played.

In a tweet, McDowell-who had a COVID-related shutdown of its own earlier this season-expressed its sympathy for Erie high and its players.

Today’s District 10 football game has been cancelled. Our hearts go out to Erie HS players and coaches with this unfortunate circumstance. We will host Pittsburgh Central Catholic next week in the PIAA Quarterfinals.

Reynolds Wins District 10 Football Title for First Time Since 2005
Oil City Defense Stops 2-Point Conversion, as Oilers Survive and Advance in PIAA 4A First Round
This website or its third-party tools process personal data.In case of sale of your personal information, you may opt out by using the link Do not sell my personal information.
×
Manage consent