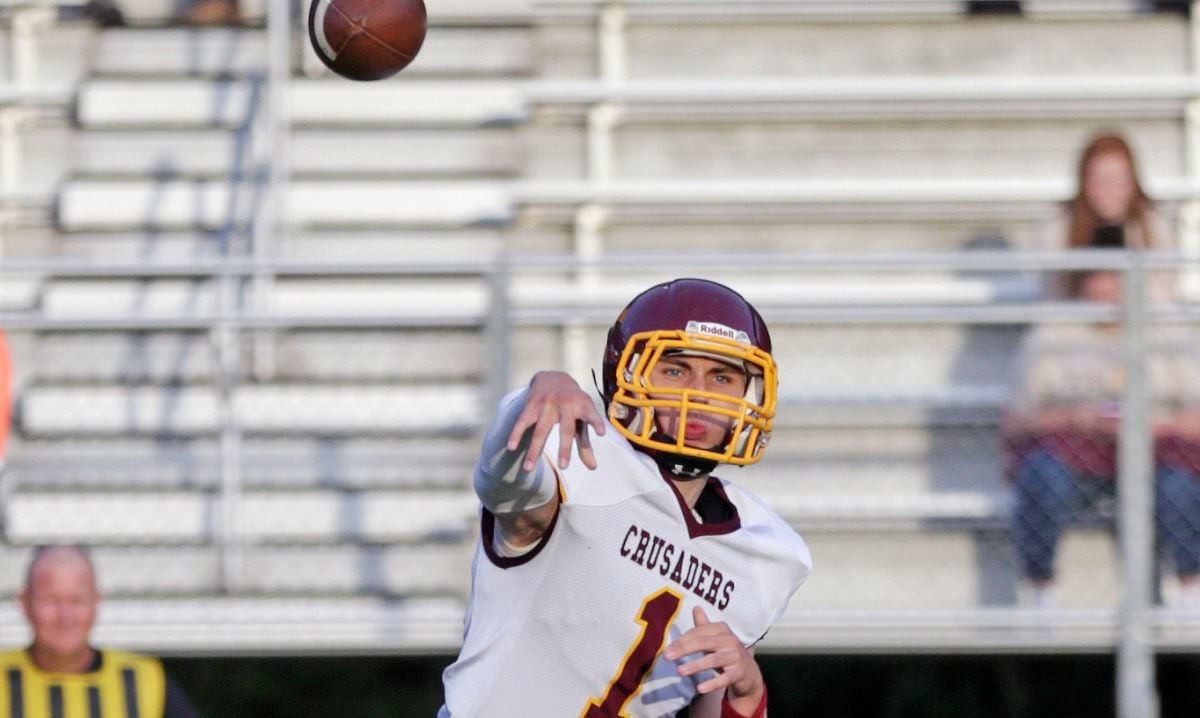 But ECC quickly put that late first-half touchdown behind it scoring 1:51 into the second half on a 49-yard Nick Crisp touchdown run then adding a 94-yard Kaul run and a 24-yard Mason McAllister to Kaul touchdown pass before the end of the quarter to take a 53-20 lead into the final 12 minutes.

Kaul had himself a night rushing nine times for 146 yards and two touchdowns while adding three catches for 40 yards and two scores. He also scored the game’s first touchdown on a 5-yard run in the first quarter and then caught an 8-yard pass from McAllister with 47 seconds left in the first half.

Crisp and Raivis Bobby also each scored twice with Crisp chipping in a 1-yard touchdown run and finishing with 93 yards rushing on 17 carries and Bobby scoring on a 73-yard kickoff return and on a 12-yard run. Bobby ran four times for 57 yards. Crisp also picked off a pass.

McAllister was 5 of 9 passing for 71 yards and the two touchdowns.

Drew Evens threw a pair of touchdown passes for Port Allegany and was 13 of 22 passing for 185 yards with the interception as well. He tossed a 22-yard scoring pass to Trey Ayers for the Gators’ first touchdown and then hit Noah Archer from 19 yards out on the final play of the first half.

Archer also scored on a 1-yard run and ran the ball 14 times for 48 yards while catching six passes for 90 yards. Ayers had five grabs for 72 yards, and Blaine Moses ran 21 times for 153 yards and a touchdown (2-yard run). Moses also made 12 tackles to lead the Gators defense.

Rewatch the game courtesy of The River, 98.9 FM

District 10 Week 5 Football Preview: Wilmington/Farrell Round 2 On Tap
D9and10Sports Covering Two Games Friday, One Saturday
This website or its third-party tools process personal data.In case of sale of your personal information, you may opt out by using the link Do not sell my personal information.
×
Manage consent