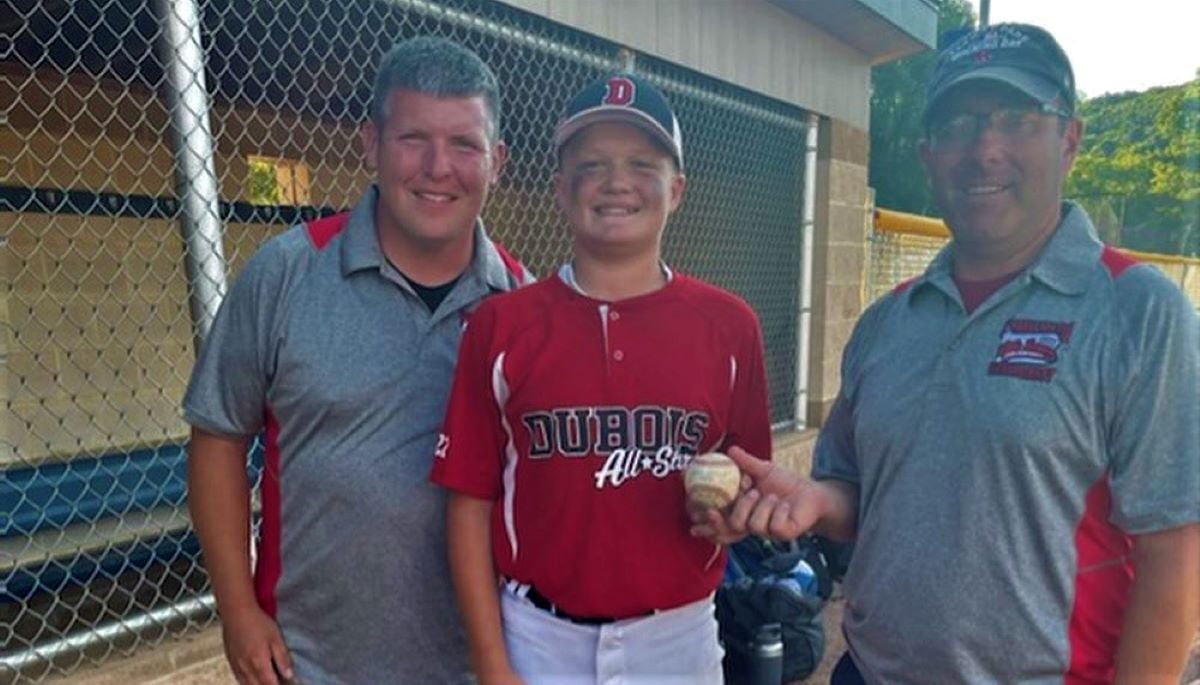 BRADFORD, Pa. – For the second time in three games, the DuBois Little League squad lost a late lead, this time in a 13-12 seven-inning elimination game loss to Southern Lehigh at the Pennsylvania Little League Championships (Major Division) at Pitt-Bradford.

DuBois, the Section 1 champion, led 10-2 going to the top of the sixth inning and got the first two outs of the inning without allowing a baserunner.

But Southern Leigh, the Section 6 champion, saw its next eight batters reach safely cumulating in a game-tying two-run home run by Braden Greenawald to tie the game.

After DuBois went quietly in the bottom of the sixth, Southern Leigh scored three times in the top of the seventh to take a 13-10 lead.

The go-ahead run scored on a passed ball, and Braylon Showalter added a two-run, two-out single.

DuBois tried to rally in the bottom of the seventh with Brody Knouse hitting a two-run home run with one out, but the designated home squad couldn’t complete the rally.

Knouse had a huge game for DuBois going 5-for-5 with a home run, a double, two runs scored, and five RBIs.

PK Thompson paced Southern Lehigh going 3-for-4 with a run scored and an RBI.

Southern Lehigh will face Hollidaysburg, a 7-4 winner over Back Mountain, in the loser’s bracket semifinals at 1:30 p.m. Saturday, July 30.

The consolation game slated for Friday between Hermitage and Aston Middletown was canceled.