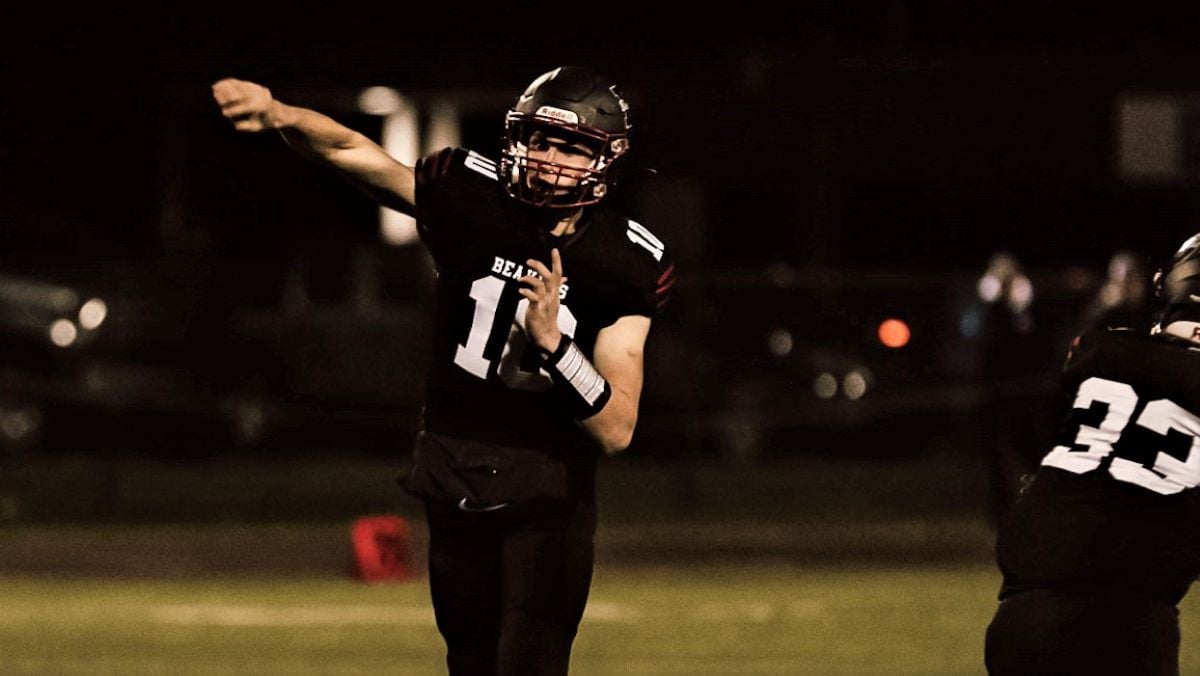 DUBOIS, Pa. – DuBois will be trying to break a dubious steak when it hosts Juniata in a District 6-9 Class 4A subregional playoff game at 7 p.m. Thursday, Nov. 10, at Mansell Stadium.

The Beavers (5-5) haven’t won a postseason game in 26 years since beating Hollidaysburg, 24-0, in 1996. Sixteen times since then DuBois has had a chance to win a playoff game, and 16 times the Beavers have failed including a 14-13 loss at home last season to USO.

To end the streak, the Beavers will have to pull an upset against a Juniata squad that enters with a 7-3 record.

The Indians have one common opponent with DuBois, Clearfield. Juniata topped the Bison, 20-7, in the season opener in a game that was played over a two-day period Aug. 26-27, while DuBois dropped a 41-7 decision to Clearfield Sept. 9.

This is a different Beavers team, though, than the one that lost to the Bison.

Freshman Trey Wingard is now the QB for DuBois having replaced Cam-Ron Hays as the starter in a Week 8 win over Moniteau, and he has led the Beavers to back-to-back games of 35-plus points after the team averaged 21.1 points per contest through its first eight games.

Wingard has provided that spark by going 26 of 39 in his two starts for 422 yards, four touchdowns, and no interceptions. He is coming off an 18 of 25 performance for 301 yards and three touchdowns in a 36-35 loss to Hollidaysburg two weeks ago, the last time DuBois played.

On the year, the youngster is 36 of 61 for 555 yards, six touchdowns, and an interception.

Wingard has been helped greatly by having Hays at wideout.

Instead of pouting, the senior has delivered with the change of position accounting for 15 catches, 321 yards, and two touchdowns over the last two games. Both contests were 100-yard receiving games including 211 yards and a touchdown on eight catches against Hollidaysburg.

Thanks to those two performances, Hays is second on the team with 18 catches and leads the team with 332 yards while being second with two scores.

Hays was a threat to run when he was at QB and has a team-tying high six rushing touchdowns on the year while carrying the ball 52 times for 286 yards. He is also 66 of 117 passing for 596 yards, six TDs, and six interceptions.

Sophomore Nathan Kougher gives Wingard a pair of receiving options, as he has a team-best 20 catches for 275 yards and a team-high three touchdown grabs.

Running the ball has been a committee approach for the Beavers, who average just over 150 yards per game on the ground.

Dalton Yale leads the team with 100 carries for 487 yards and three scores, while Austin Henery has tied Hays with a team-best six touchdowns on the ground while rushing 82 times for 379 yards.

Juniata, which comes into the contest having won 6 of 7 after starting the season 1-2, does it with defense.

The Indians allow an average of 8.8 points per game and have held six of their 10 opponents to under 10 points including three shutouts and a fourth game in which they allowed just three points.

The defense takes away the ball having caused 23 turnovers in 10 games, including 13 interceptions.

Jasper Shepps and Caleb Smith are tied for the team lead with five picks apiece, while Jonathan Kauffman has a team-leading 57 tackles to go with four sacks.

The leading rusher is Waylon Ehrenzeller with 568 yards and nine TDs on 67 carries, but Ehrenzeller hasn’t played since carrying the ball one time in a 13-7 win over Boling Springs Oct. 7.

Kanagy has run 62 times for 259 yards and eight scores on the year, while Hutchinson has 38 carries for 206 yards and a touchdown. That includes 17 carries for 128 yards and a score in the win over Suquenita.

Seth Laub is third on the squad with five rushing TDs and has 397 yards rushing on 61 totes.

Shepps, just a freshman, is the leading receiver with 14 catches for 331 yards and two scores, while Casey Smith has 14 grabs for 214 yards.

NOTES: An interesting nugget in this contest is DuBois is not only 5-5 but has scored and allowed the exact same amount of points on the year, 246 … The Beavers need a win to secure their first non-losing season since going 6-5 in 2016 … The winner gets the winner of the District 8-10 subregional contest between Meadville and USO, which is being played Saturday in Pittsburgh. That game will be next week at a stie and time to be determined … DuBois is 4-20 in its history in postseason games with the first postseason contest being played in 1991.

Week 12 – Nov. 10-12, 2022 District 9 and District 10 Playoff Football Schedule
Central Clarion/Brookville D9 2A Football Title Game Moved to Saturday at Karns City
This website or its third-party tools process personal data.In case of sale of your personal information, you may opt out by using the link Do not sell my personal information.
×
Manage consent