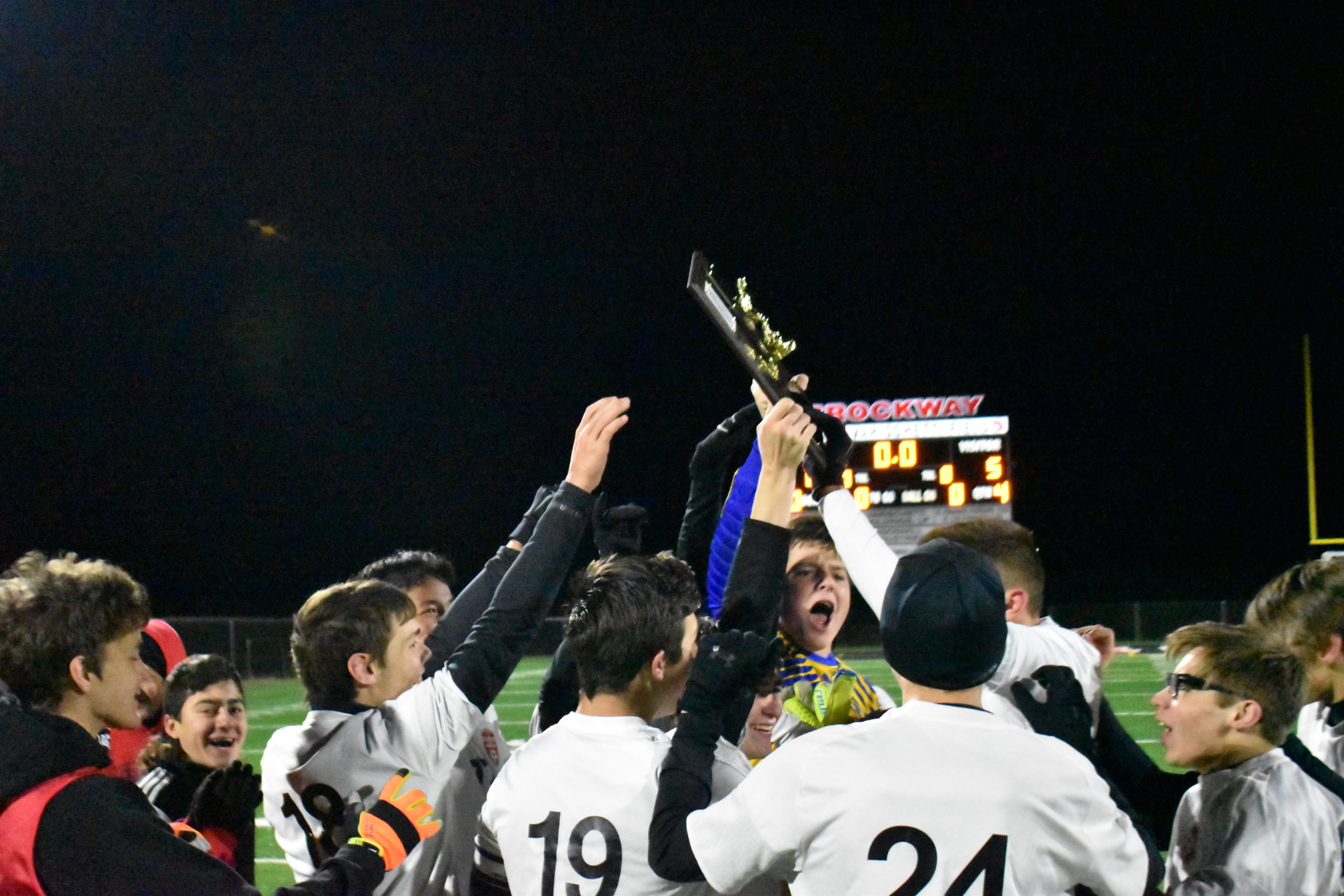 BROCKWAY, Pa. – You could certainly throw out the records when DuBois and Bradford met for the District 9 Class 3A boys soccer title on Monday.

DuBois, which came in with a record of 6-8, knocked off the previously unbeaten Owls, 5-0, securing their first D-9 title since 2017 in the process.

“Coming into the game, we didn’t know a lot about Bradford this year because we hadn’t seen them,” said DuBois coach Matt Erickson. “It was kind of hard to figure out. We couldn’t judge anything by who we played in common, so it was kind of a guessing game coming in.”

There was no guessing that the Beavers were much better than their record indicates.

Coming off a 2-0 semifinal win over Clearfield, they wasted no time getting on the board, scoring in the fifth minute on a blistering shot from Brayton Sedor.

DuBois didn’t get a ton of shots on goal, but they made them count.

Nick Graeca made it 2-0 on a shot from 20 yards out in the 25th minute, putting the Owls in a position they haven’t been in very often this season.

“That’s kind of been the story of our season, get shots on goal that are quality shots,” Erickson said. “We reigned it in the past couple of games. When we put it on net, we’re capitalizing.”

While DuBois took advantage of its chances, sophomore keeper Cullen McAllister turned away several chances, including an opportunity from Andrew Kane in the 10th minute, as well as a corner kick attempt by the Owls in the 15th minute.

It’s been a great postseason for McAllister, who posted his second consecutive shutout.

“Cullen had a stellar game again tonight to come off his game against Clearfield,” Erickson stated. “He really saved us in both games.”

The 2-0 lead appeared as if it may hold into halftime, but a crossing pass by Graeca bounced off a Bradford defender and into the back of the net with just two minutes to go, making it 3-0.

The Owls fought hard to try and get back in the game, with a great chance from Gavin McGee going off the crossbar just over four minutes into the half.

It was that kind of night for the Owls.

In the 55th minute, Justin Kalgren connected on a perfectly placed shot in the box to push the lead to 4-0.

Graeca put the finishing touches on a masterful performance from the Beavers in the 65th minute with his second goal of the game.

For Bradford, it was a season perhaps a year ahead of schedule. Coach Wes Lohrman has built one of District 9’s top programs, and graduated a large senior class last season.

For DuBois, it was a tribute to the will of its current senior class.

“This group of seniors has been fighting really hard,” Erickson said. “The end of the season, the kids have really stepped it up. Our game is completely different from what it was at the start of the year. All credit to these guys for working hard and making adjustments on the fly.”