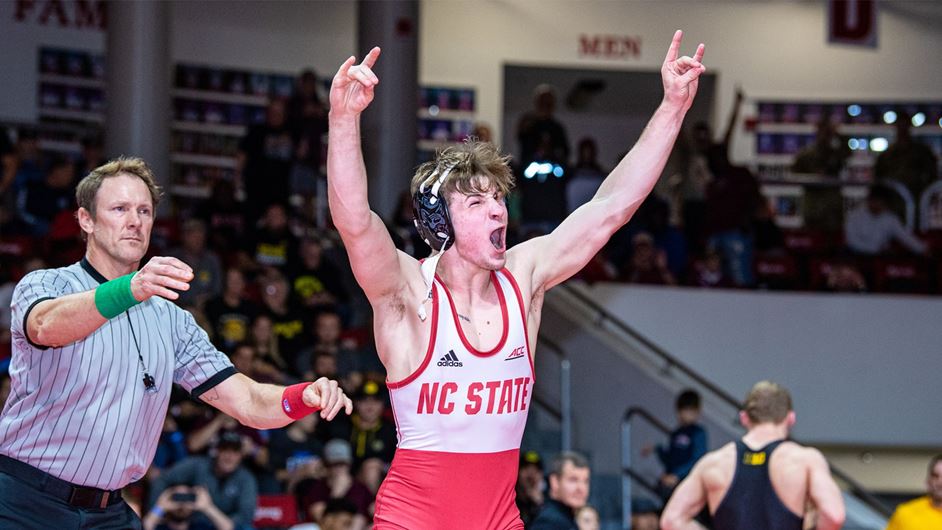 RALEIGH, N.C. – DuBois Area High School graduate and NC State freshman Ed Scott of the Wolfpack wrestling team was named the 2022 ACC Rookie of the Year, in a vote by the league’s head coaches.

Scott took the 157-pound gold medal at the ACC Championships with a 3-2 win over 2021 national champion Austin O’Connor of North Carolina and advanced to the blood round of the 2022 NCAA Championships as the No. 4 seed.

Ranked among the nation’s top 10 wrestlers in his weight class most of the season, Scott finished 24-3 while recording seven wins by fall, seven by technical fall the three by major decision. The DuBois, Pennsylvania, native was 12-1 in dual matches and 8-1 versus fellow ranked opponents.

Scott finished the season ranked 12th in the NCAA in falls, and 16th in tech falls.

Virginia Tech’s Mekhi Lewis was named ACC Wrestler of the Year and the Hokie’s Tony Robie was named Coach of the Year.

Brookville Grad Ray Earns Weekly PAC Honors for Grove City College
Kentucky’s Tshiebwe, Kennedy Catholic Grad, Named AP Player of the Year
This website or its third-party tools process personal data.In case of sale of your personal information, you may opt out by using the link Do not sell my personal information.
×
Manage consent