Drought-ending final in D9 Class 1A: Bulldogs vs. Hubbers 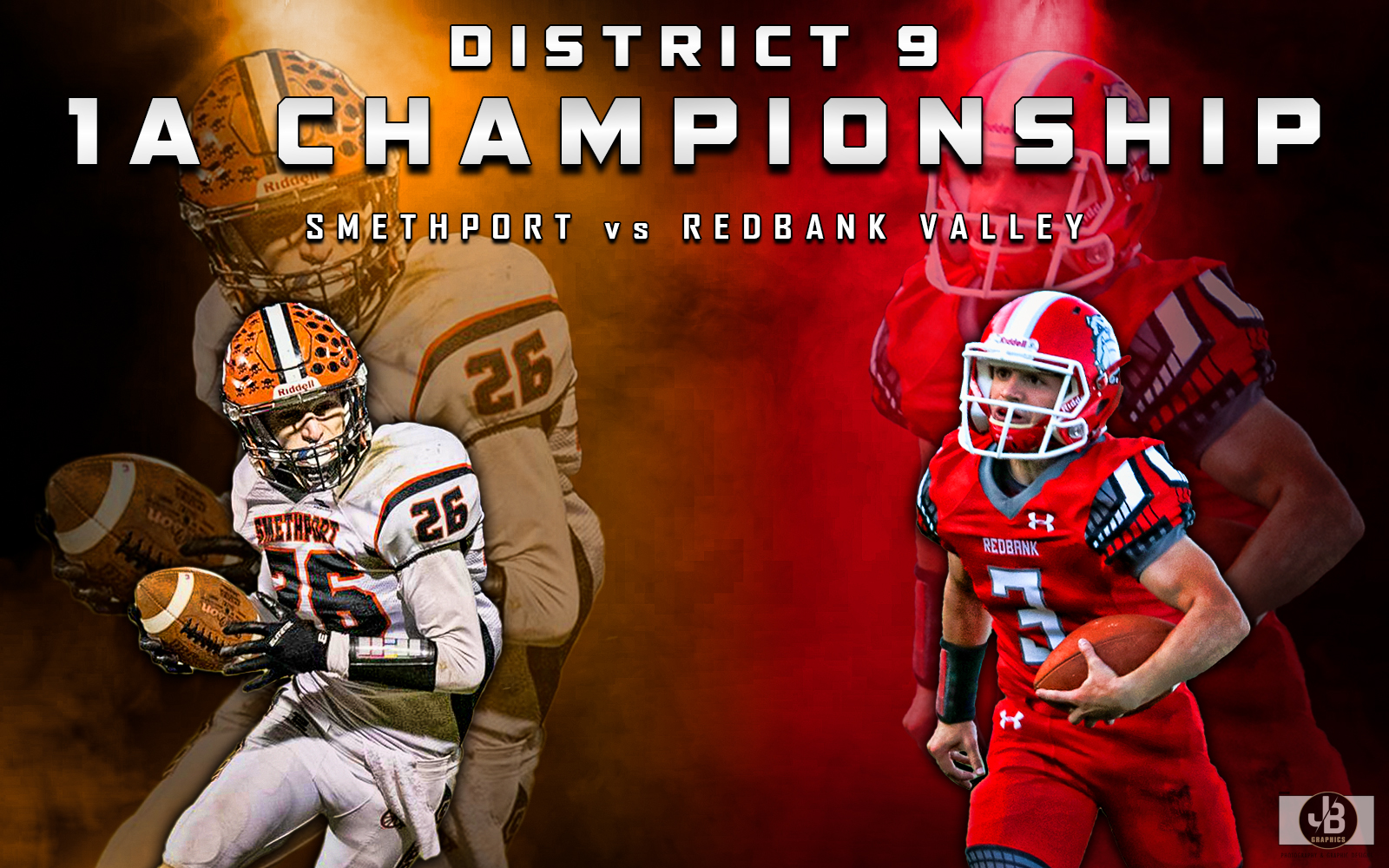 BROCKWAY, Pa. — Something has to end.

Someone’s District 9 Championship drought, that is. It’s either Redbank Valley or Smethport as both teams meet for the Class 1A title Saturday afternoon at Brockway’s Varischetti Field. Kickoff is set for 1 p.m.

For the 5-0 Bulldogs, it’s been since 1996 that they hoisted the first-place trophy while the Hubbers haven’t been at the top of the mountain since 1998.

Both teams have been one win short the past two years, but ran into the roadblock in Coudersport. Last year, Redbank Valley dropped a 42-13 loss to the Falcons in the final in DuBois while the Hubbers were routed 44-7 in the 2018 final.

Last week, the Bulldogs knocked the two-time defending champion Falcons out of the playoffs with a 28-12 win while Smethport edged Union/A-C Valley, 12-10.

Redbank Valley gave up some yards against Coudersport, but led 28-0 before the Falcons found the end zone in the second half. The 12 points allowed were the most given up by a defensive-led Bulldogs team that’s handled every one of their five foe’s offensive lines this year.

The Bulldogs’  Joe Mansfield (6.5) was the leading tackler per game going into last week with Hudson Martz, Kobe Bonanno and Brandon Ross ranking second, third and fifth. Outside linebacker Aiden Ortz was fourth and fellow outside backer Trenten Rupp on the other said among the leaders as well.

Mansfield leads the team with 4.5 sacks with Ross at 4.0. Rupp, Chris Marshall and Ortz have interceptions and Dalton Bish has defended six passes.

The Hubbers also gave up a season-high 10 points and they’ve only allowed 28 points all season. The defense is led by junior Travis Cooney (6.3 tackles per game), and seniors Braedon Johnson (4.3) and Kameron Rounsville (3.7). Against Union/ACV, Cooney made 11 tackles while Ryli Burrit intercepted a pass and Rounsville had a sack. Burrit leads the unit with three interceptions.

That’s the defensive matchups because anything more than a low-scoring battle would be somewhat of a surprise. The Bulldogs average 259 yards per game — 132 passing and 127 rushing. Sophomore Cam Wagner came off the bench and threw three TD passes in the second quarter in last week’s win over Coudersport. He’s thrown for 228 yards, completing 19 of 31 passes with five TDs overall. Junior Gunner Mangiantini has thrown for 432 yards, completing 37 of 67 passes for 432 yards and six TDs against three interceptions.

Smethport averages 356 yards per game offensively — 253 rushing and 103 passing. Junior quarterback Noah Lent and senior running back Braedon Johnson are the focal points for any defense looking to stop the Hubbers. Those two and receiver Ryli Burrit have scored 24 of the team’s 28 touchdowns.

After getting knocked out with an injury in the win over Coudersport two weeks ago, Lent returned to the lineup and completed 13 of 28 passes for 183 yards and two TDs with one interception. He threw 47 passes the first five games. He’s thrown for 590 yards, completing 34 of 74 passes with 12 TDs and two interceptions. Lent is a running threat as well, 729 yards on 83 carries with 11 touchdowns.

Johnson has rushed for 600 yards on 105 carries with five TDs while Burrit has caught 15 passes for 320 yards and six TDs. Johnson also has five catches for 114 yards and a score.

The last time these teams met was in the regular season last year when the Bulldogs blanked the Hubbers at home, 21-0. They limited Smethport to 44 yards of offense as Lent was 10-for-24 for 35 yards passing and minus-15 yards on 20 attempts and Johnson 24 yards on 10 carries.

Saturday’s winner advances to the state playoffs on Nov. 6 or 7 against the District 5 champion. That game is set for Friday night at Hollidaysburg High School where Tussey Mountain meets Northern Bedford. Next week’s game is scheduled to be played at a D9 site and time to be announced.

D9and10Sports.com to Broadcast West Middlesex at Eisenhower Football Semifinal Game Powered by the Eisenhower Football Boosters
Redbank Valley Wins First D9 Title Since 1996 With Win Over Smethport in Class 1A
We use cookies on our website to give you the most relevant experience by remembering your preferences and repeat visits. By clicking “Accept All”, you consent to the use of ALL the cookies. However, you may visit "Cookie Settings" to provide a controlled consent.
Cookie SettingsAccept All
Manage consent