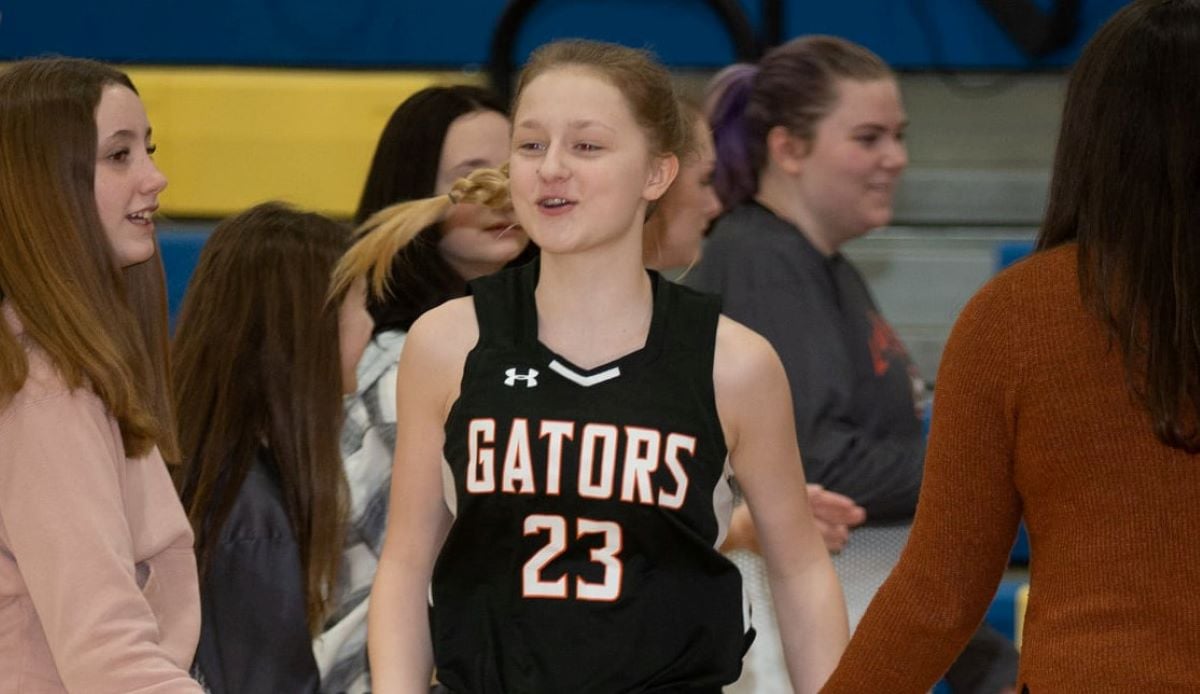 COUDERSPORT, Pa. – Port Allegany rallied from a four-point deficit heading to the fourth quarter to beat Coudersport, 30-28, in overtime at Coudy.

The Lady Gators trailed 24-20 after the third quarter but rallied the tie the game at 28 thanks to four points from Kayleigha Dowell.

Dowell then hit three overtime free throws (out of four) and Leigha Nelson drilled a 3-pointer, her only made basket of the game, in overtime to help Port Allegany pull out the win.

Sierra Myers had 11 points for Coudersport before fouling out in overtime.

AUSTIN, Pa. – Lilly Clinger had 12 points to help Austin to a 35-26 win over visiting Cameron County.

Aubree Lorenzo led all scorers with 14 points for Cameron County.

Elizabeth Hungiville led all scorers with 18 points for Smethport and finished a double-double with 17 rebounds.

The Lady Bulldogs were up just two, 11-9, after eight minutes but outscored the Lady Gremlins 21-0 in the second quarter and 13-3 in the third quarter.

Catalone had a game-high 15 points with Eckels adding 12.

Madelyn Schmader had three points and four rebounds for Brockway.

Lauren Lutz had a game-high 18 points for North Clarion with Lily Homan adding 12 and Maira Bauer 10.

STRATTANVILLE, Pa. – Jenna Dunn scored 14 of her game-high 21 points in the fourth quarter lifting Clarion-Limestone to a 55-37 home win over Johnsonburg.

Alyssa Wiant added 10 points for the Lady Lions who also got nine points each from Lexi Coull and KK Sebastian-Sims.

Benninger was 9 of 11 from the line on the night and scored 17 points to lead the Elkers.

Ridgway led 30-20 going to the fourth quarter but needed Benninger’s charity shots to hold off a Bradford team that scored 18 points in the final eight minutes led by six from Chase Wineberg.

Wineberg finished the night with 10 points to lead the Owls with Lucas Johnson and Brendon Warner each scoring seven.

CURWENSVILLE, Pa. – Davis Fleming led a trio of Curwensville players in double digits with 18 points to help the Golden Tide pull away from visiting Bellwood-Antis, 62-54.

Curwensville led 44-39 going to the fourth quarter but outscored the Blue Devils 18-5 in the final eight minutes thanks in large part to nine points from Fleming.

Parker Wood, meanwhile, did most of his damage before halftime scoring 10 of his 12 points before the break to help the Golden Tide to a 33-24 halftime lead.

Dan McGarry chipped in 11 points in the victory.

Calen Beiswenger had 18 points for Bellwood-Antis with Holden Schreier adding 12.

Zander Laughlin added 21 points for the Golden Knights who also got 14 points and 11 rebounds from Dawson Camper.

Jimmie Neese chipped in eight points in the win for the Chucks.

Allen Mertsock added nine points for the Green Wave who also got eight from Hayden Skiver and seven each from Dawson Welch and Nikolas Bonney.

Camron Watkins and Blaze Angellotti each added 10 points for the Bald Eagles.

Cole Miller paced all scorers with 18 points for Clearfield and added four rebounds and four assists.

Dec. 19, 2022 D10 Hoops: Maplewood, Fairview Girls Get Big Wins; Meadville Boys Top GM
Brookville Balance Tops Franklin in Battle of Defending District 3A Champions
This website or its third-party tools process personal data.In case of sale of your personal information, you may opt out by using the link Do not sell my personal information.
×
Manage consent