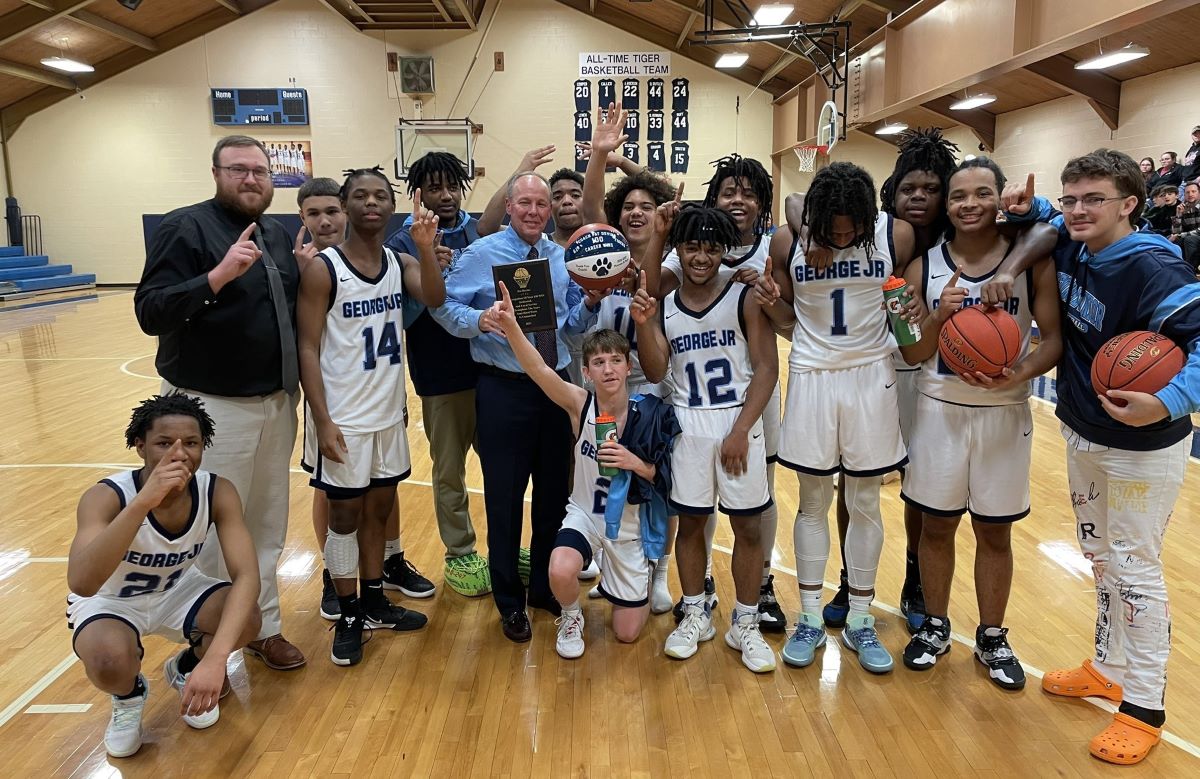 Elijah Gist had a monster game for GJR, pouring in 36 points, 23 of which came in the first half.

Kyle Stringert led Commodore Perry with 24 points, 16 of which came in the second half, while Christian Saxe was also in double figures with 16 points.

OIL CITY, Pa. – Jake Hornbeck had a triple-double and Sayyid Donald scored 17 points as Oil City picked up a 54-41 win over Punxsutawney in D9/10 crossover action.

Hornbeck scored 12 points, had 10 rebounds, and dished out 10 assists.

The Huskies actually took control after halftime. Trailing 29-21, they outscored the Bulldogs 49-21 in the second half.

Brady Rzodkiewicz had 20 points to lead Harbor Creek, while Nick Krahe and Braylen Wilson both had double-doubles, with Krahe going for 12 points and 16 rebounds and Wilson 11 points and 14 boards.

JT DelSandro also had 15 points and dished out six assists for the Huskies.

COCHRANTON, Pa. – Landon Homa scored 16 points and went 5-of-6 from the free throw line in the fourth quarter to help Cochranton to a 59-57 win over Union City.

Dominic Matt drilled a pair of fourth-quarter 3’s for Cochranton and finished with 10 points, while Walker Carroll also had 10 points.

Bryce Drayer had 11 points in the first quarter and 10 in the fourth quarter, finishing with 25 points for Union City. Josh James had three 3’s and finished with 11 points for the Bears.

YOUNGSVILLE, Pa. – Saegertown jumped out to a 24-5 lead after the first quarter on its way to a 64-36 win over Youngsville.

Brady Greco led a balanced Saegertown effort with 16 points, 11 of which came in the first quarter.

Henry Shaffer had 13 points for Saegertown, while Collin Jones and Zach Yoder added nine points each.

The Muskies outscored the Blue Devils 31-22 in the second half en route to the win.

Braden Scravel had 14 points and was 8-of-8 from the free throw line for Sharpsville, while Liam Campbell added eight points.

The Knights got off to a hot start, outscoring the Tigers 20-5 in the first quarter.

Kyler Black was also in double figures for Eisenhower with 14 points, while Johnny Palmieri added nine and Kris Bunk eight.

John Seyboldt was also in double figures for Fairview with 11 points.

Danny Odem led four Farrell players in double figures with 18 points, while Nasir O’Kane had 15 and Malachi Owens and Lamont Samuels 11 each.

Amaree Pickens and Tavion Spencer were also in double figures for the Ramblers, with 13 and 10 points, respectively.

Remington Hart added 15 points for Kennedy Catholic in the win.

WEST MIDDLESEX, Pa. – Richie Preston scored 15 of his 29 points in the fourth quarter as West Middlesex earned a 70-61 win over Rocky Grove.

The Big Reds outscored the Orioles 22-11 in the fourth quarter en route to the win.

Gio Rococi had 21 points for West Middlesex, while Connor Stover was also in double figures with 11.

D’Andre Whitman and Quinn Ritchey had 20 points each for Rocky Grove.

WATTSBURG, Pa. – Logan Kibbe led a balanced Seneca effort with 16 points as the Bobcats earned a 78-49 win over Northwestern.

Nolan Seabury had 14 points for the Bobcats in the win.

Demetrius Crosby had 16 points for the ‘Pickers.

Jadyn Shumaker added eight points for the Berries who also got seven points for Sarah Schoch.

Wonderling Leads Brookville Girls to Victory; Schmader Sisters Key in Brockway Win Jan. 13, 2023
Led by Austin Cousins, O-E Boys Nail 15 3-pointers in Win; C-L Pulls Away from Clarion; Swisher Lifts DCC to Victory Jan. 13, 2023
This website or its third-party tools process personal data.In case of sale of your personal information, you may opt out by using the link Do not sell my personal information.
×
Manage consent