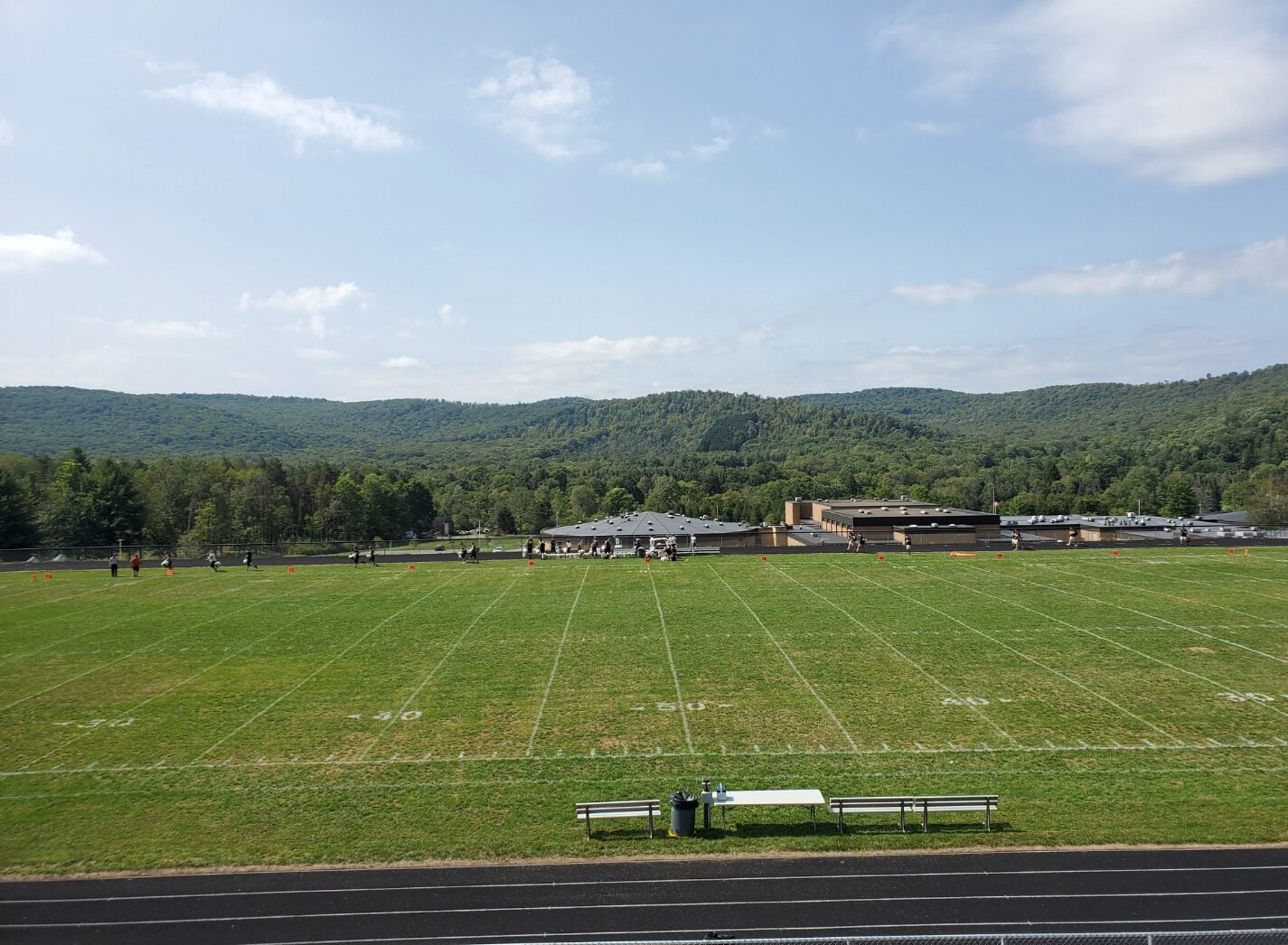 SHEFFIELD, Pa. – Keystone erupted for 79 points in the first half en route to an 86-0 win over Sheffield on Saturday.

In a game broadcast on D9and10sports.com, the Panthers struck early and often, starting with a 30-yard punt return for a touchdown from Zander McHenry. It was one of two punt return scores for touchdowns for Henry, who also had a 47-yarder later in the quarter.

Isaiah Byers (17 yards) and Gavin Blazosky (40 yards) both had interception returns for touchdown in the first half as well.

The Panthers also collected a pair of safeties in the first half, and Bret Wingard completed his only pass attempt of the game 35 yards to Keenan Heeter for a touchdown.

SHARPSVILLE, Pa. – Anthony Stallworth had a pair of rushing touchdowns and Kylon Wilson added two receiving scores to send defending Class 1A state champion Farrell to a 41-0 win over Sharpsville.

After a scoreless first quarter, the Steelers, who were bumped up to Class 2A this season, got on the board via Christian Hartley, who connected with Taidon Strickland on a 35-yard touchdown.

Stallworth made it 13-0 in the second quarter on a 2-yard plunge, and his 5-yard touchdown scamper in the third created some breathing room at 19-0.

Ethan Susen got the Greyhounds on the board with a 4-yard TD run in the first quarter, and Miller took over after that. All three of his scores came in the first half on runs of 29, 31 and 43 yards as Wilmington took a commanding 35-0 lead at halftime. The half was capped by a 76-yard touchdown strike from Caelan Bender to Mason Reed.

Susen also added a 45-yard interception return for a touchdown in the second half.

Rufus Byler had five receptions for 21 31 yards for Greenville.

EDINBORO, Pa. – Jaxon Scrutchins rushed for 134 yards and four touchdowns to lead the Lancers to a 33-22 opening win over North East.

The Lancers jumped out to a 21-0 lead courtesy of a pair of Scrutchins scoring runs and a 5-yard Matt Leehan touchdown scamper.

Scrutchins’ scoring run early in the fourth quarter gave GM a commanding 33-7 lead before a pair of late North East touchdowns from Seth Fuller – a 21-yard pass from Keyen Skrekla and a 61-yard TD run.

Leehan finished with 69 yards on the ground for GM and Fuller 63 yards receiving for North East.

HARBORCREEK, Pa. – Harbor Creek had every bit the look of a D-10 title contender, scoring 42 points in the first half en route to a 56-7 win over Corry.

Senior quarterback Casey Smith was nearly perfect, throwing for 205 yards and five touchdowns – including strikes of 41 and 20 yards to Ryan Whitman in the first quarter.

Cam Williamson eclipsed 100 yards on the ground for the Huskies and scored a touchdown.

Marrick Bauer also had a punt return and receiving score for Harbor Creek.

Wheeler connected with Ayden Miller for a 14-yard scoring strike late in the first quarter, and the Blue Devils never looked back.

Miller twice took the ball in from five yards out in the second quarter to build a 20-0 lead for the visitors at halftime.

Wheeler threw three second-half touchdown passes – one to Colton Smith and a pair to Aidan Rauscher.

MERCER, Pa. – Aiden Bright had a pick six, a fumble recovery in the end zone and a 9-yard touchdown run all in the first half to help Mercer to a 46-6 win over Kennedy Catholic, spoiling the Golden Eagles’ first football game since 2013.

For good measure, Bright scored his fourth touchdown in his fourth different fashion in the third quarter, returning a punt 42 yards.

The Golden Eagles’ got on the board in the fourth quarter on an 80-yard scamper from Sky’ler Thomas.