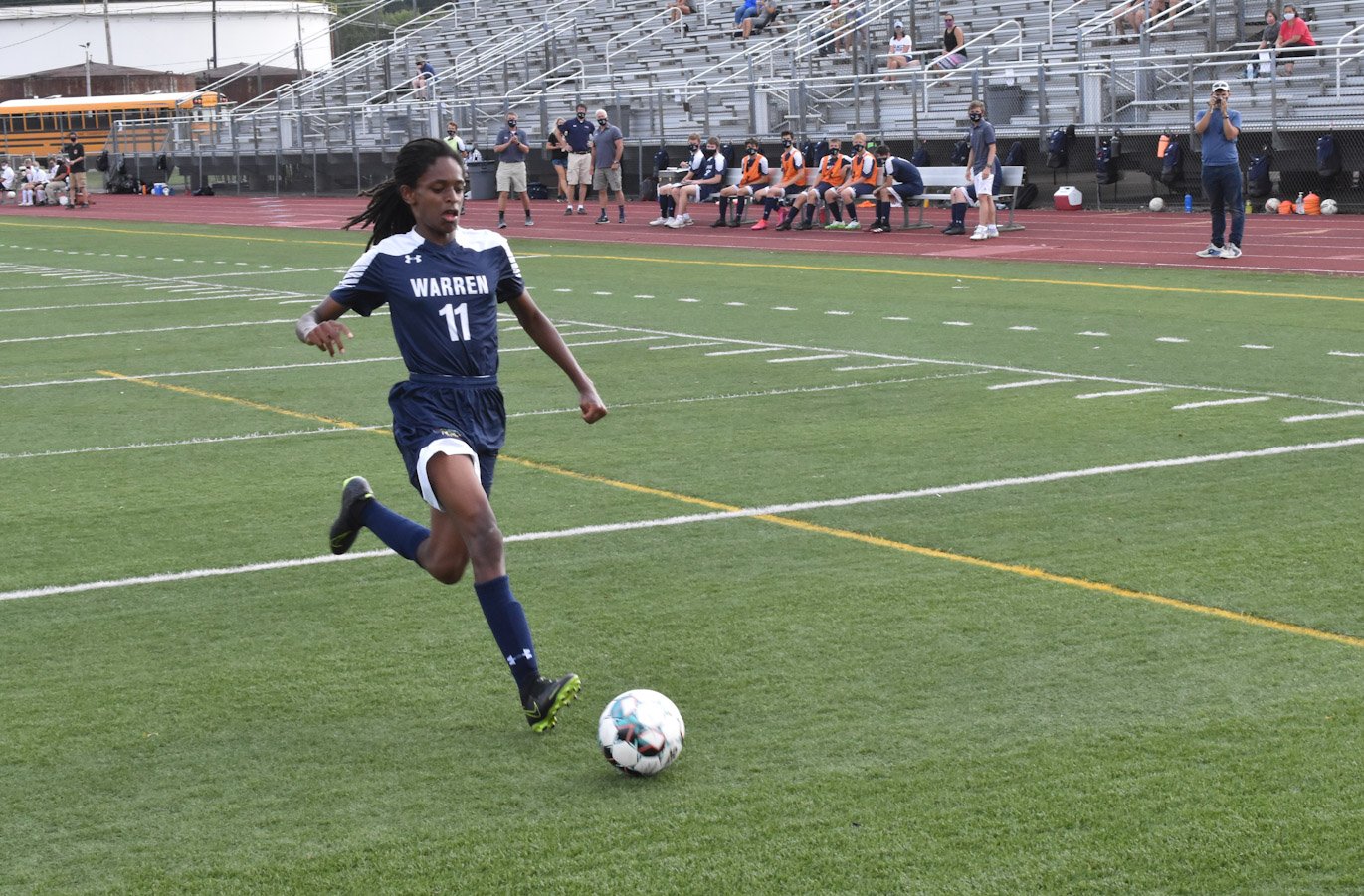 SLIPPERY ROCK, Pa. – Owen Collwell scored two goals to put Karns City up 2-0, but Slippery Rock battled back in what was ultimately a 3-3 draw.

Karns City was forced to play a man down after a red card for 80 minutes, and Slippery Rock rallied to take the lead on goals by Nick Kingerski Cole Kovack and Ethan Folmer.

Dakota King scored on a penalty kick to tie the game with less than eight minutes left in regulation.

WARREN, Pa. – Mark Lynds had a hat trick and Parks Ordiway added two goals and an assist to lead the Dragons to a 6-0 win over Franklin.

Warren scored four goals in a 5-minute span in the first half to break the game open. Ordiway scored in the 14th minute to start the barrage. Lynds added two of his three goals just a minute apart and JT Blum put in the fourth just a minute later.

Lynds picked up his third goal in the 69th minute and Ordiway closed out the scoring with just over 12 minutes left in the contest.

Alex Ferry and Will Nebinski combined for the shutout in net.

Brookville vs. Clearfield, No Report

District 10 Football Recaps: Saegertown Snaps Losing Streak, Northwestern wins in OT
Sept. 14, 2020 District 9/10 Boys’ and Girls’ Golf Recaps
This website or its third-party tools process personal data.In case of sale of your personal information, you may opt out by using the link Do not sell my personal information.
×
Manage consent