District 10 Girls Quarterfinal Hoops: Top Seeds Sweep in Class 5A, 3A and 2A 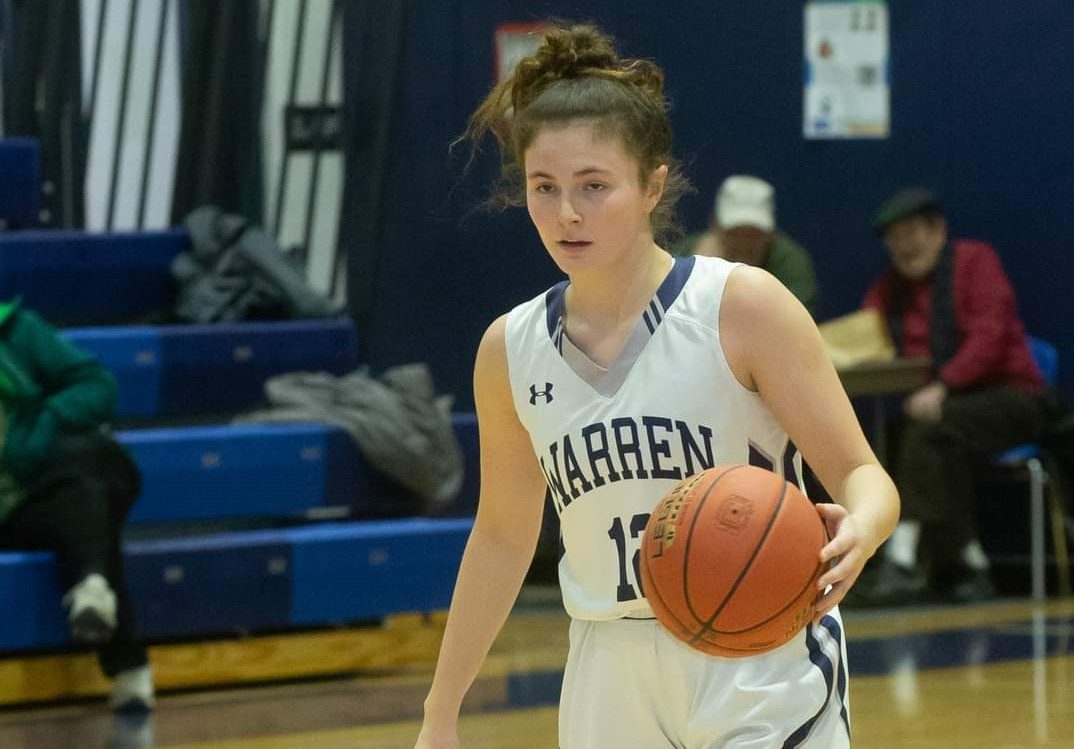 ERIE, Pa. – Trailing 22-21 at halftime, top-seed Warren showed no panic in earning a 45-30 win over No. 8 General McLane in the District 10 Class 5A quarterfinals on Saturday at the Hagerty Family Events Center.

The Dragons, who are seeking their third District 10 title in the last four years, got a game-high 16 points from Riley Childress and 10 points and 14 rebounds from Emma Ruhlman.

Sammie Ruhlman added seven points for Warren, which went on a 16-4 run in the third quarter to assume control and beat GM for the third time this season.

Payton Massey scored nine of her 12 points in the first half for GM, while Libby Opp added eight for the Lancers.

The Huskies were down as many as six in the fourth quarter but outscored the Eagles 14-8 in the final eight minutes to get the win.

With the win, Harbor Creek advances to play No. 2 seed Slippery Rock in the semifinals.

Grove City led virtually from start to finish, taking a 12-6 lead after the first quarter and 23-10 at halftime.

Delaney Callahan was also in double figures for Grove City with 10 points, while Piper Como and Izzie Gamble added eight each.

With the win, Grove City advances to play No. 1 seed Warren in the semifinals.

MERCER, Pa. – No. 2 seed Slippery Rock jumped on Hickory early and never looked back in a 47-23 quarterfinal win.

The Rockets led 12-3 after the first quarter and 23-7 at halftime in beating the Hornets for the third time this season.

ERIE, Pa. – Top-seed and unbeaten Fairview overcame a stiff test early from No. 8 Wilmington to post a 42-19 win in the Class 3A quarterfinals.

Hope Garrity scored 10 of her 15 points in the second half, while Sara Gennuso added nine points and Bre Heidt eight.

The Tigers led 14-10 at halftime and were able to create some distance with a 12-4 run in the third quarter.

Fairview advances to play No. 4 seed Greenville in the semifinals.

Harpst drained eight threes in the game, as the Trojans overcame a big game from North East’s Alex Cozzens.

All Cozzens did was score 37 of the 38 points for North East in a valiant effort.

FARRELL, Pa. – Lakeview outscored Northwestern by 10 in the second half on its way to a 52-39 quarterfinal win over Northwestern.

Reese Gadsby overcame early foul trouble to connect for a game-high 17 points for Lakeview. The 1,000-point scorer went 7-of-8 from the free-throw line.

Northwestern was led by Chloe Yazembiak, who scored 17 points.

The Sailors advance to play No. 3 seed Mercyhurst Prep in the semifinals.

ERIE, Pa. – Lillirose Lang led three Mercyhurst Prep players in double figures with 15 points as the Lakers advanced to the semifinals with a 53-25 win over Sharpsville.

Alli Davis had 10 points for Sharpsville and Breanna Hanley seven.

The Big Reds advance to play No. 4 seed Cochranton in the semifinals.

MEADVILLE, Pa. – Sadie Thomas had a monster game for No. 2 seed Maplewood, pouring in 28 points in a 72-41 win over Reynolds.

Leading by six after the first quarter, the Tigers went on a 22-11 run in the second quarter to go up 35-18 at halftime.

Izzy Eimer and Liliane Moorhead were also in double figures for Maplewood, scoring 12 and 10 points, respectively.

The Tigers advance to the semifinals, where they will meet rival Cambridge Springs for a third time this season. The two teams split during the regular season.

MEADVILLE, Pa. – Cambridge Springs turned in a strong defensive effort in a 38-31 quarterfinal win over Seneca.

Leading 22-20 at halftime, the Blue Devils went on a 12-2 run in the third quarter to create some distance.

Julia Patterson had 11 points for Cambridge Springs and Lauren Schneider 10.

Chelsey Freyermuth and Carly Richter were also in double figures for the Cardinals with 13 and 12 points, respectively, while Shelby McBryar added nine.

Feb. 26, 2022 D10 Basketball Scores Powered by Janney Montgomery Scott in Clarion
McDowell Beats Erie to Claim D10 Class 6A Girls Title
This website or its third-party tools process personal data.In case of sale of your personal information, you may opt out by using the link Do not sell my personal information.
×
Manage consent