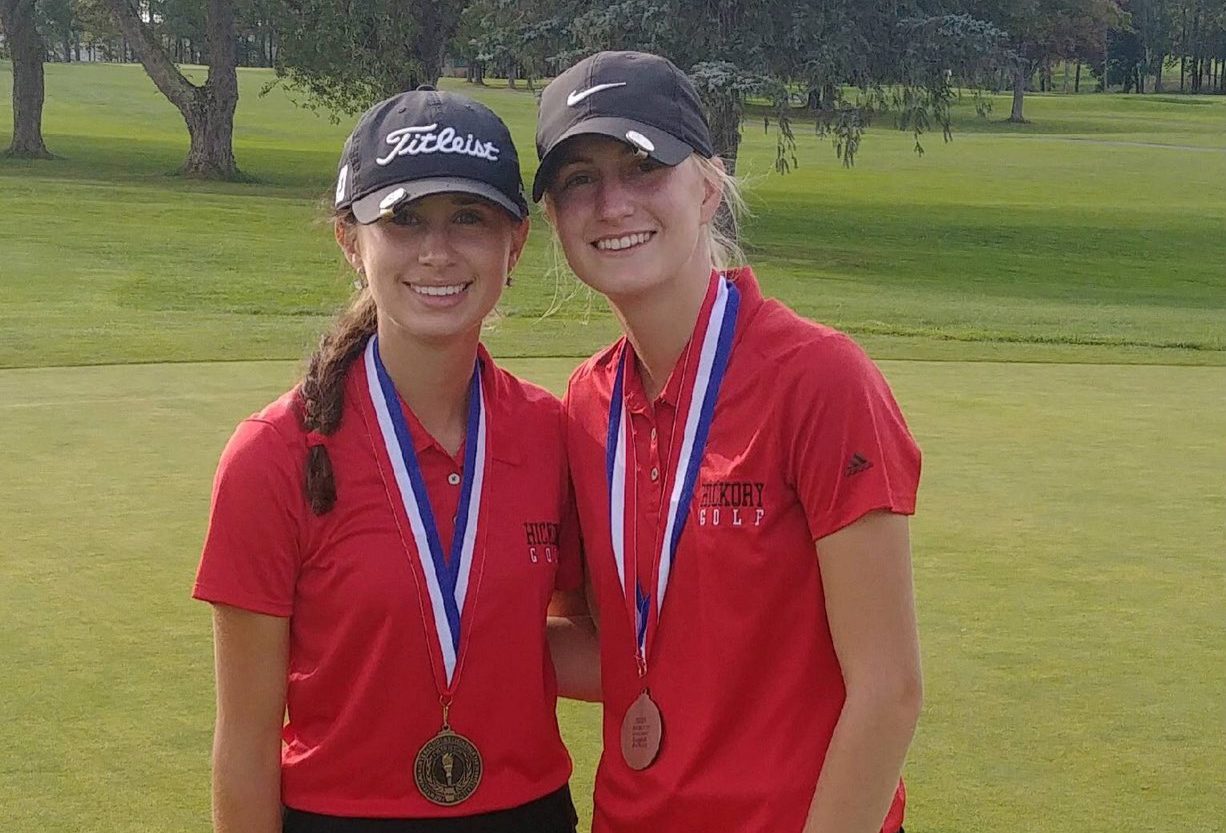 Westfall finished in a tie with McDowell’s Joe DeAngelo at 156, with Westfall winning in a playoff. Both advance to the PIAA championships as 3A boys take the top two finishers.

Flinchbaugh, meanwhile, carded a final round 71 for a 2-round total of 145. That was four strokes better than Corry’s Max Rimdzius (149). The top four advance to states, and those two will be joined by six other players – Grove City’s Toby Matson, Slippery Rock’s Jacob Wolak, both of whom finished with a 2-round total of 149, Josh James of Union City (150), Joe Fugagli of Mercyhurst Prep (161), Union City’s Tyler Parkhurst (162) and Corry’s Nate James (163).

In Class 2A girls Petrochko shot a final round 70, matching her first-round score for a total of 170, beating North East’s Anna Swan (145) by five strokes. Joining those two at the PIAA championships will be North East’s Lydia Swan (148) and Hickory’s McKenzie Gustas (151).

In Class 3A girls McClain shot a final round 78 for a 2-round total of 152. She will be joined at states by her teammate, Analise Wolfe, who carded a final round 90 for a total of 173.