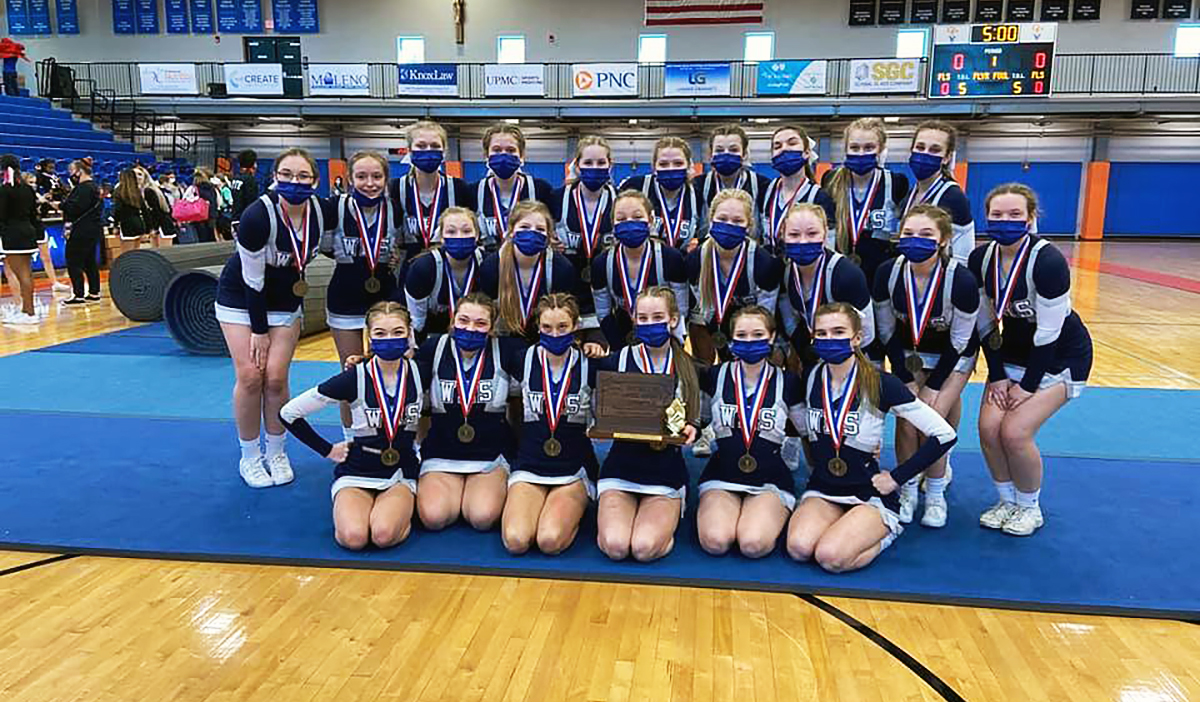 ERIE – Two titles were defended and one new champion was crowned during the 2021 District 10 Competitive Spirit Championships at the Hagerty Family Events Center Saturday.

Hickory won its third straight title by taking the top spot in the Small Division. The Hornets were the Medium Division champions in 2018 and 2019 (the 2020 championships were canceled due to the COVID-19 pandemic). Hickory topped Villa Maria and Lakeview for the division crown.

In the Co-Ed Division, McDowell came away with its seventh consecutive title. The Trojans were uncontested in the division.

McDowell (86.3 points) and Warren (76.2 points) recorded the two top scores in the meet and will advance to the PIAA State Championships in Hershey on April 10.

March 20, 2021 PIAA Basketball Playoff Scores for District 9 and District 10 Teams
Big Third Quarter Propels Chartiers Valley to 61-38 Win Over Warren
We use cookies on our website to give you the most relevant experience by remembering your preferences and repeat visits. By clicking “Accept All”, you consent to the use of ALL the cookies. However, you may visit "Cookie Settings" to provide a controlled consent.
Cookie SettingsAccept All
Manage consent