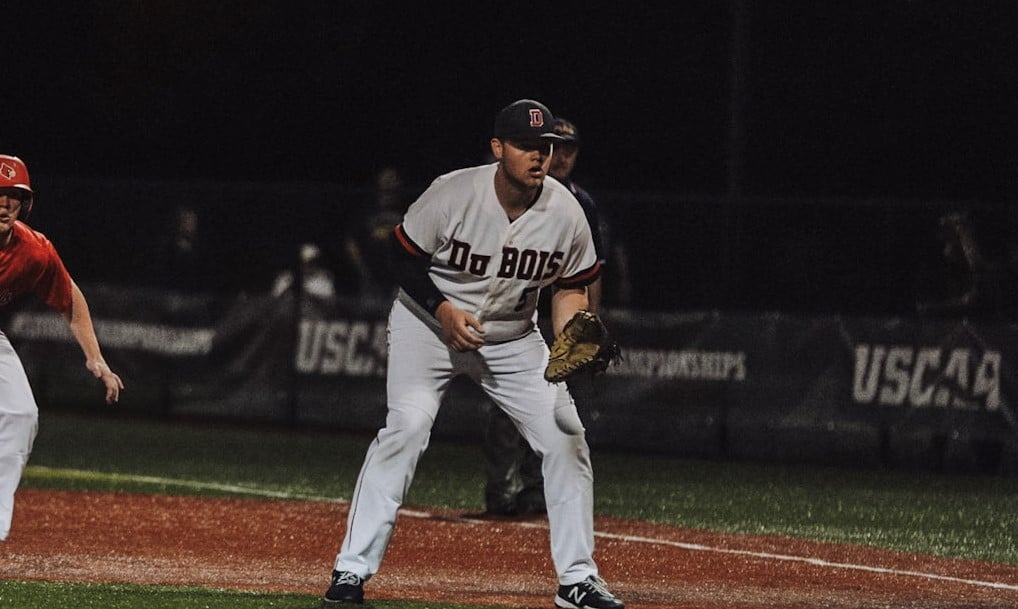 PITTSBURGH, Pa. – A seven-run seventh inning highlighted by a Brycen Dinkfelt grand slam helped DuBois pull away from Brashear for a 10-1 win in the semifinals of the District 6-8-9 Class 5A baseball subregional at Greenway Field in Pittsburgh.

The Dinkfelt granny, which made the score 9-1, was followed by a solo home run from Al Pasternak and came after three Beavers were hit by pitches in the seventh.

In addition to his home run, Dinkfelt added a pair of doubles while going 3-for-3 with a run scored and five RBIs.

Dinkfelt and Chamberlin held Brashear to just three hits in the game.

Dinkfelt got the win going five innings allowing three hits and one earned run. He walked three, hit a batter, and struck out seven.

Chamberlin got the save going two innings of hitless ball striking out three.

DuBois will take on top-seeded Central Mountain, a 5-2 winner over Hollidaysburg, in the championship game at PNG Field in Altoona. A date and time is still to be announced.

Evens walked four and hit two while striking out three to get the win.

Evens helped his own cause by hitting a three-run home run in a four-run fourth inning for the Gators. He was 1-for-4 with two runs scored and three RBIs.

Blaine Mises also went 1-for-4 with a run scored for Port Allegany.

Gavin Ayers was 1-for-3 with a run scored and an RBI for Coudersport.

Port Allegany is right back in action Tuesday when it travels to top-seeded Johnsonburg for a 4:30 p.m. game at Knothole Park in Johnsonburg.

Walk-Off Blast From Konkol Sends Seneca Past Wilmington; Sharpsville, Reynolds, Union City Win Powered by North Washington Rodeo
Dietrich Drives in Six as Forest Area 15-Run Rules Clarion in D9 1A; O-E Gets Revenge on C-L; ECC Wins Powered by North Washington Rodeo
This website or its third-party tools process personal data.In case of sale of your personal information, you may opt out by using the link Do not sell my personal information.
×
Manage consent