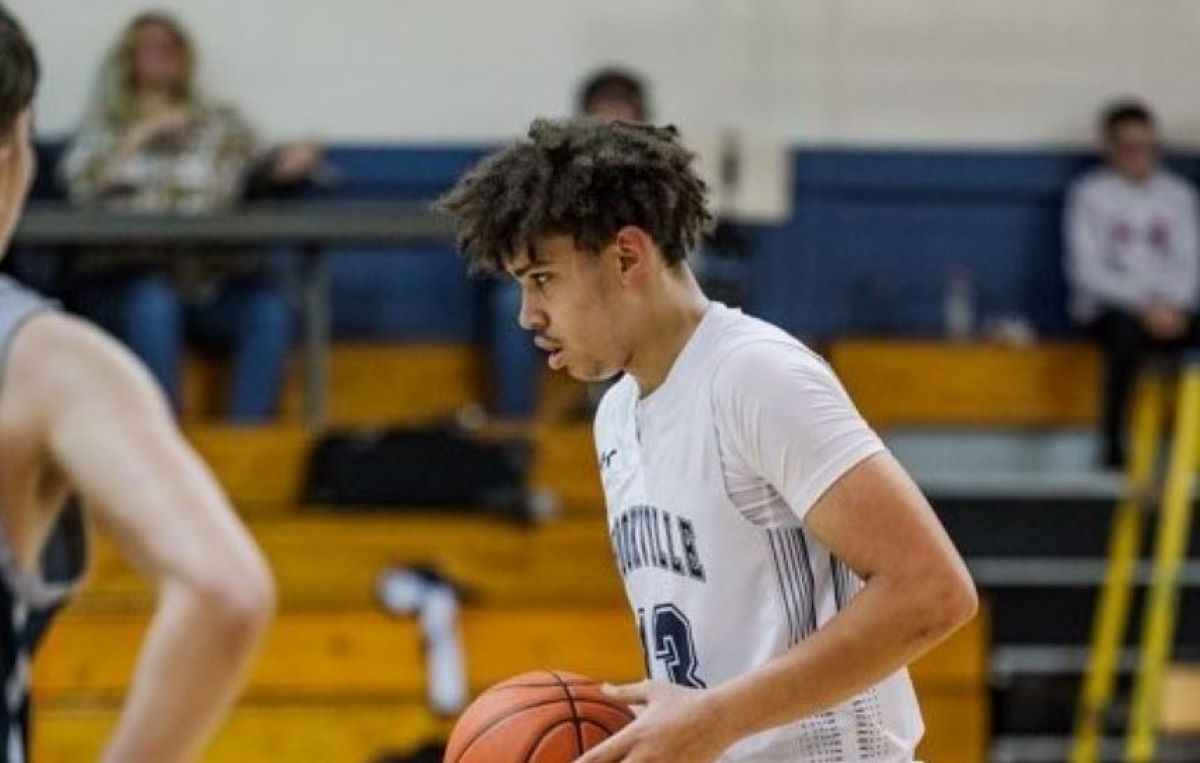 BROOKVILLE, Pa. – Clayton Cook scored 27 points and had 11 rebounds along with four blocks as Brookville rallied for a 66-60 win over Oil City in D9/10 crossover action.

Brookville trailed by one going into the fourth quarter but went on a 12-3 run, capped by a Noah Peterson basket to go up 62-54.

Cook hit on 13 of 18 shots, scoring eight points in the first, nine in the third, and eight in the closing fourth.

Jake Hornbeck had a big game for Oil City, pouring in 28 points.

Cook scored eight of the Raiders’ first 10 points in the fourth.

CLARION, Pa. – Using a 17-2 run in the first quarter, Clarion breezed past visiting North Clarion, 68-42, in the KSAC Small School opener for both teams.

“It’s very important (to get off to a strong conference start,” Clarion’s Devon Lauer said. “We just have to keep this going, play ball, and play as a team.”

The game was close through the first three minutes with the Bobcats holding a 5-4 lead before starting the 17-2 run with a 14-0 spurt.

Defense played a large role in the run with Clarion turning North Clarion over nine times in the first quarter including seven steals.

“Our defense leads into offense,” Lauer said. “And we pass the ball really well, and we get layups out of it.”

Clarion led 43-28 at the break and then worked on some of its halfcourt offense in the second half.

“We were working on the halfcourt offense to slow their game up and keep it (the lead) steady,” Lauer said.

“It is very important how we share the ball,” Lauer said. “We can all contribute.”

SENECA, Pa. – Mason Clouse scored 18 points to lift visiting Redbank Valley to a 61-30 win over Cranberry in the KSAC Large School opener for both teams.

KNOX, Pa. – Up just five at halftime, Karns City blew past homestanding Keystone in the second half for a 53-26 win in the KSAC Large School opener for both squads.

The Gremlins led 26-21 before outscoring Keystone 27-5 in the second half including 14-0 in the fourth quarter.

STRATTANVILLE, Pa. – Jordan Hesdon had 25 points and five steals to help Clarion-Limestone to a season-opening 70-47 win over Moniteau in KSAC Large School action.

Rylie Klingensmith added 14 points for the Lions who also got nine points and 10- rebounds from Jase Ferguson.

Chason Delarosa-Rugg had 13 points for Moniteau.

TIONESTA, Pa. – Jay Clover had 28 points and nine rebounds to lead visiting A-C Valley to an 89-33 win over Forest Area in the KSAC Small School opener at West Forest.

Alex Preston added 14 points and six boards for the Falcons who also got 10 tallies from Noah Will.

Andon Greslick led the Bison with 17 points, while Braison Patrick had 10 points and three assists, and Moren Billotte eight points and eight rebounds.

ULYSSES, Pa. – Braylon Fantasky was fantastic scoring a game-high 25 points to lead Bucktail to a 57-44 at Northern Potter.

MILL HALL, Pa. – Madison Rusnica had 17 points to help DuBois to a 45-28 road win over Central-Martinsburg.

Mia Anderson added a double-double for the Lady Wolves with 10 points and 12 rebounds.

Elizabeth Hungiville led Smethport, which scored one basket, with five points. The Lady Hubbers went 10 of 20 from the free-throw line.

WESTFIELD, Pa. – Ella Brewer had 18 points to lead Austin to a 40-31 win at Cowanesque Valley.