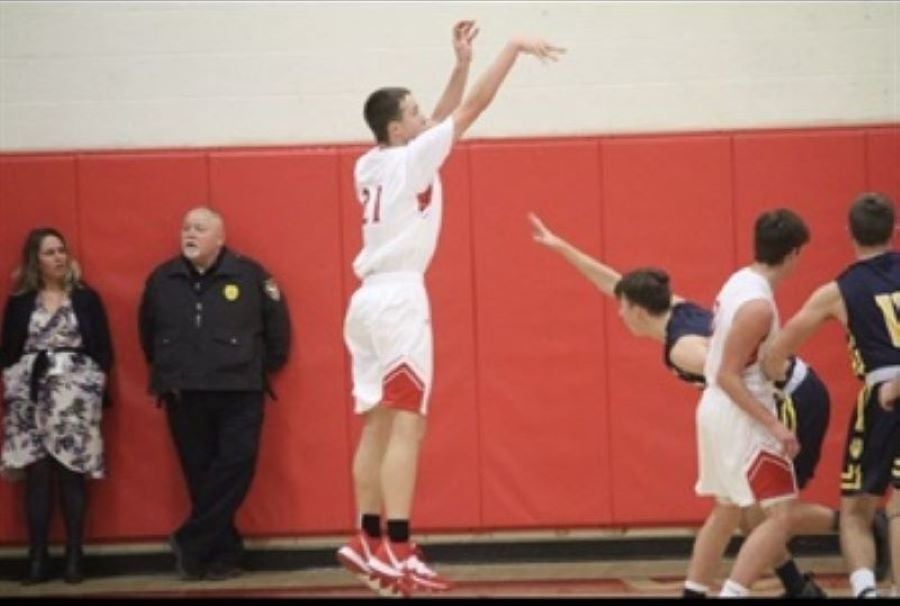 Preston, who came into the game needing 13 points to reach 1,000, made 10 field goals and was 4-of-5 from the free throw line for West Middlesex, which outscored Cochranton 28-10 in the second quarter to take control.

Gio Rococi also had a big game for Middlesex, scoring 21 points, while Luke Mild had 13.

Lentz scored 17 of his 24 points in the second half in which Greenville outscored Sharpsville, 38-19.

Mason Vannoy had 11 points for Greenville and Soren Hedderick 10.

BROOKVILLE, Pa. – Clayton Cook scored 27 points and had 11 rebounds along with four blocks as Brookville rallied for a 66-60 win over Oil City in D9/10 crossover action.

Brookville trailed by one going into the fourth quarter but went on a 12-3 run, capped by a Noah Peterson basket to go up 62-54.

Cook hit on 13 of 18 shots, scoring eight points in the first, nine in the third and eight in the closing fourth.

Jake Hornbeck had a big game for Oil City, pouring in 28 points.

Cook scored eight of the Raiders’ first 10 points in the fourth.

ERIE, Pa. – Cathedral Prep led 22-0 after the first quarter on its way to a 65-29 win over Franklin in the Ramblers’ season opener.

Franklin was playing without preseason All-District 10 standout Damon Curry, as well as forward Jonathan Leccia, who are both battling injuries.

Jake Sambuchino scored all 10 of his points in the first quarter, while Amaree Pickens and Derek Galla also had 10 points apiece for the Ramblers.

FARRELL, Pa. – Malachi Owens led a balanced effort with 13 points as Farrell rolled to a 71-23 win over Wilmington in the season opener for the Steelers.

A total of 13 players made their way into the scoring column for Farrell, with Danny Odem netting 11 points and Lamont Samuels eight.

HADLEY, Pa. – Marquis Cias scored 15 of his 19 points in the second half to lead George Junior Republic to a 53-44 win over Commodore Perry.

Kentrell Thompson added 10 points for GJR, which built a 27-20 halftime lead on its way to the win.

Garrity drained six triples in the win, while Bre Heidt scored 15 points and Sara Gennuso 10 for the Lady Tigers, who went on a 15-3 run in the third quarter to take control.

Amayia Nelson scored 16 points for McDowell, which built a 31-17 halftime lead en route to the win.