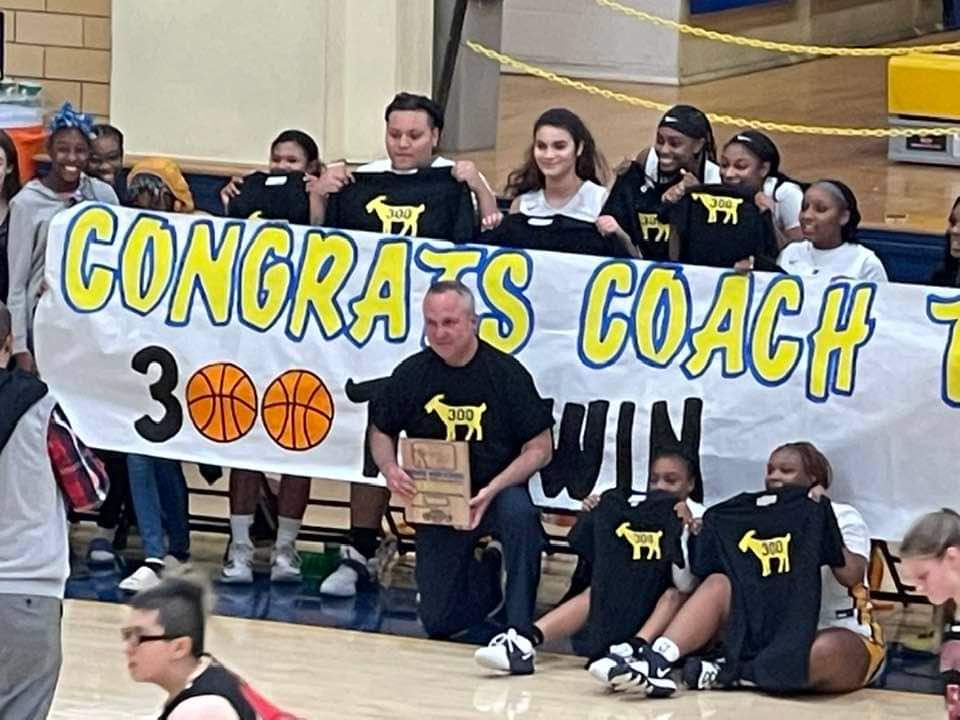 FARRELL, Pa. – Gianna Bedel netted a game-high 16 points to lead Slippery Rock to a 60-16 win over A-C Valley at the Farrell Christmas Tournament.

Slippery Rock led 19-4 at the end of the first quarter and then shut out A-C Valley in the second quarter while taking a 31-4 halftime lead. Ten of the Lady Falcons’ 16 points came in the fourth quarter.

Warren trailed 19-13 after the first quarter, but yielded just 25 points over the final three quarters, including just three in the second stanza, taking a 25-22 halftime advantage.

Emma Ruhlman had a double-double for Warren (5-0) with 10 points and 13 rebounds, while freshman Alana Stuart came off the bench and scored 12 points, 10 of which came in the first half. Gracie Ruhlman added seven points for the Lady Dragons.

STONEBORO, Pa. – Alex Cozzens poured in 27 points as North East earned a 56-43 win over Saegertown in the Anchors Away Holiday Classic at Lakeview.

Grace Sanfillipo was also in double figures for North East with 14 points.

Mollie Przybrowski had 17 points for Saegertown and Hailee Gregor 10.

STONEBORO, Pa. – Reese Gadsby and Amber Sefton scored 12 points each as Lakeview powered past Jamestown, 53-10 in the opening round of the Anchors Away Holiday Classic.

Lakeview led 34-4 en route to the win, as Emma Marsteller was also in double figures for the Sailors with 10 points.

Stacie Weimert and Taylor Keener had four points each for Jamestown.

FRANKLIN, Pa. – Easton Fulmer exploded for 41 points, all scored in the first three quarters, as Franklin rolled to an 84-45 win over visiting Clarion-Limestone on the opening day of the Dick Russell Christmas Tournament at Franklin.

Fulmer, who hit eight 3-pointers in the contest, scored 12 points in the first quarter, 17 points in the second quarter, and 12 more in the third quarter.

The Orioles trailed 33-23 at the break and were still down six, 44-38, going to the fourth quarter before getting a pair of big 3-pointers in the final eight minutes from Quinn Ritchey while also going 10 of 12 from the free-throw line in the frame to overcome the deficit.

Isaac Clayton scored seven of his team-high 19 points in the final eight minutes while going 5 of 6 from the line in the fourth quarter.

Ritchey, meanwhile, hit four 3-pointers in the game and scored 16 points for Rocky Grove, who also got 15 points from Reece Henderson.

Aiden Hartle tickled the twine for a game-high 21 points for North Clarion while Zeeland Hargenrader hit three 3-pointers and finished with 16 points.

MERCER, Pa. – Jake Mattocks scored 16 points to lead Mercer past Moniteau, 46-24, in the opening round of the Mercer Christmas Tournament.

Woody Nickel and Connor Grossman each added seven points for the Mustangs.

FARRELL, Pa. – Joey Fazzone scored 13 of his 15 points after halftime to help Hickory pull away from Farrell, 60-46, on the opening day of the Dresch-McCluskey Tournament at Farrell.

The Hornets led by just two, 25-23, at halftime, and by only four, 41-37, going to the fourth quarter before outscoring the Steelers by 10, 19-9, in the fourth quarter with Fazzone scoring six points in the quarter, Aiden Enoch five, and Jackson Pryts and Tyler Mele four each with all eight of those tallies from Pryts and Mele coming from the free-throw line.

Pryts netted 10 points in each half, including a combined 14 in the middle two quarters, on his way to a game-high 20 points. Mele added nine points, and Enoch seven for Hickory.

Lamont Samuels tied Pryts for game-high honors with a 20-point effort for Farrell. Samuels netted seven of the Steelers’ nine fourth-quarter points while hitting a pair of 3-pointers.

FARRELL, Pa. – Khalon Simmons scored a game-high 34 points to lead Meadville to a 69-51 win over Valley.

The 34 points are a season-high for Simmons and the fourth time he has netted at least 20 in a game over the Bulldogs’ first seven contests.

Jack Burchard was also in double figures for the Bulldogs (4-3) with 15 points.

The Bulldogs built a 39-21 halftime lead en route to the win.

MERCER, Pa. – Zach Yoder scored 13 points, but Saegertown fell to Ellwood City, 77-36 in the opening round of the Mercer Christmas Tournament.

BETHEL PARK, Pa. – Tyler Grove scored 10 points, but McDowell fell to Bethel Park, 35-25 in the opening round of the Bethel Park Christmas Tournament.

The Trojans were limited to just two points in the first quarter and trailed by eight, 20-12 at halftime.