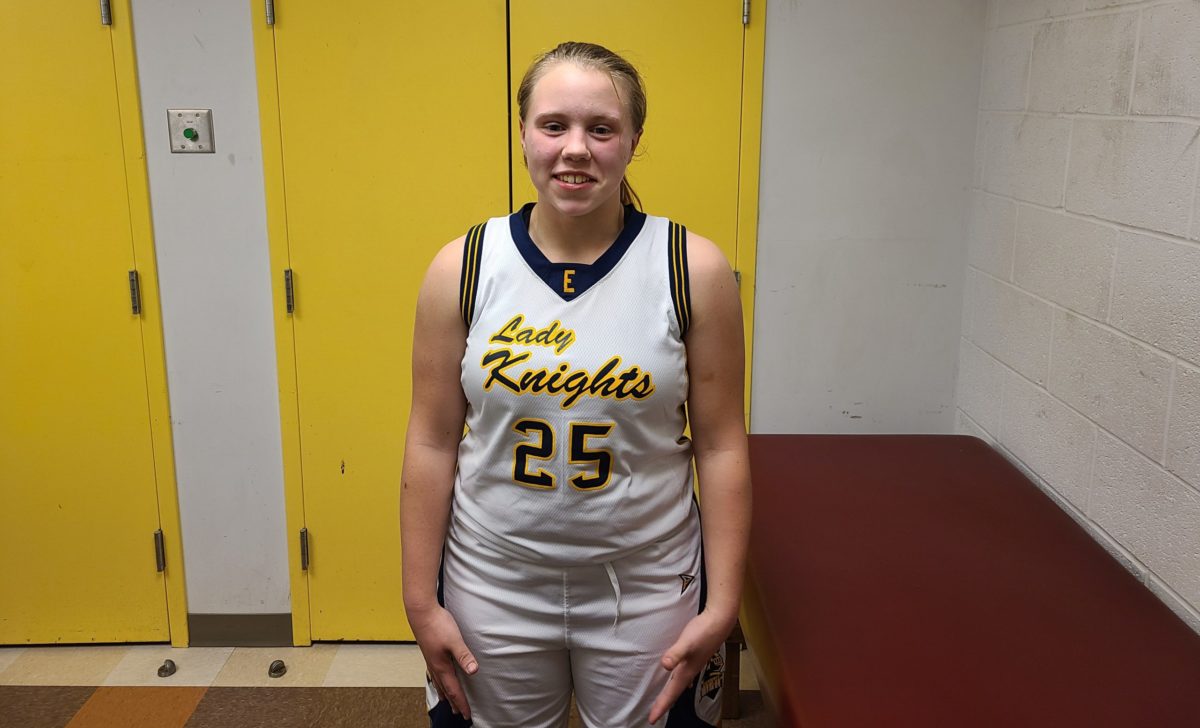 Eisenhower's Mackenzie Dunn scored 20 points, including the game-winning steal and layup with one second left in Eisenhower's 44-43 win over Titusville.

Dunn’s steal and layup with one second to go lifted Eisenhower to its first win of the season, 44-43 over Titusville.

Dunn finished with 20 points in the game, no bigger than the last two, while also pulling down 12 rebounds for a double-double. She also had six steals.

Eisenhower led 23-9 at the half, but Titusville rallied, taking its first lead of the game in the fourth quarter, which was quickly negated by a jumper by Eisenhower’s November Dunn.

Titusville used strong shooting to get back in the game, led by Lily Tucker and Rylie McGarvey, who scored 12 and 11 points each.

Garrity scored 11 of her points in the first quarter as Fairview built a 15-4 lead.

Anthony scored 18 of her points in the first half as the Big Reds built a 39-12 lead. Anthony also had nine rebounds, seven assists, and five steals, while Beatty pulled down seven rebounds.

ERIE, Pa. – Kennedy Catholic built a 12-point lead after three quarters and held off Mercyhurst Prep, 41-35 in a non-region showdown to stay unbeaten.

Hayden Keith scored nine points on three triples, while Paris Gilmore also had nine points for the Golden Eagles. Layke Fields added eight and Bellah DiNardo, who is closing in on 1,000 career points, finished with six.

SAEGERTOWN, Pa. – General McLane outscored Saegertown by 12 in the second half on its way to a 45-34 win over Saegertown.

SLIPPERY ROCK, Pa. – Slippery Rock was outscored by 21 in the first half of a 59-27 loss to WPIAL power Seneca Valley.

The Steelers led 19-8 at halftime.

WATTSBURG, Pa. – Justin Walker poured in 26 points as Seneca raced to a 75-22 win over Youngsville.

The Bobcats scored 47 points in the first half en route to the win.

Lucas Rupp netted eight points for Seneca, while Bobby Yost and Vinny Rupp had seven each.

Alex Hill had 12 points for Youngsville.

Dec. 22, 2021 District 9 and District 10 Basketball Scores
Dec. 22, 2021 D9 Girls/Boys Hoops: Newton Leads ECC Girls Past DuBois; Kane Girls Rally for Win; Brookville Boys Top St. Marys
We use cookies on our website to give you the most relevant experience by remembering your preferences and repeat visits. By clicking “Accept All”, you consent to the use of ALL the cookies. However, you may visit "Cookie Settings" to provide a controlled consent.
Cookie SettingsAccept All
Manage consent