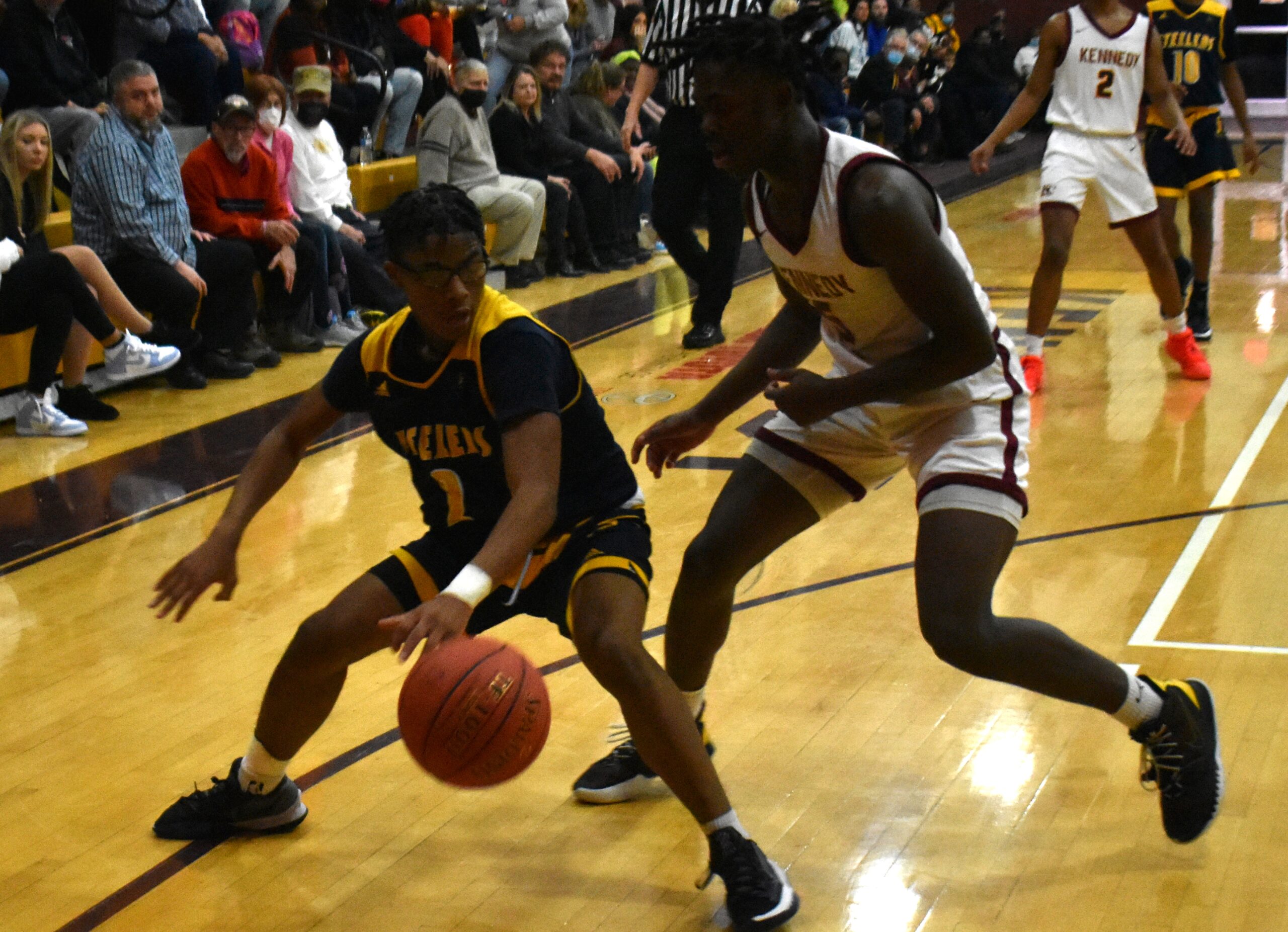 HERMITAGE, Pa. – Hickory built a 9-point halftime lead on its way to a 54-42 win over Meadville.

Tyson Djakovich had a big game for Hickory, scoring 17 of his 22 points in the second half and knockng down six 3’s.

Rylan Dye added 15 points for Hickory in the win.

Nasi O’Kane had a big game, pouring in 25 points.

Lamont Samuels and Juelz Johnson scored 11 points each for the Steelers, while Kylon Wilson added 10.

Richie Preston had 25 points to lead the Big Reds, while Luke Mild added 10.

Black scored 15 of his 22 points in the first half, and was one of four Eisenhower players in double figures.

Kris Bunk tallied 14 points for the Knights, while Wyatt Lookenhouse had 13 and Kael Hunt 11.

Colton Carpenter scored all 16 of his points in the second half for Iroquois, while Ben Burkhart had 15 points.

The Orioles trailed 19-6 after the first quarter but rallied thanks in large part to D’Andre Whitman, who scored 17 of his 19 points over the final three quarters.

Blayne Baker scored 11 of his 16 points in the second half for RG, while Quinn Ritchy added 11 points.

SAEGERTOWN, Pa. – Saegertown shot 10-of-11 from the free throw line in the fourth quarter to stave off Conneaut, 65-54.

Brady Greco led four Saegertown players in double figures with 22 points, while Henry Shaffer scored 17 points, including 9-of-9 from the free throw line.

Connor Perrye had 14 points for CASH, while Shakiir Jordan added 12.

STONEBORO, Pa. – Kennedy Catholic outscored Lakeview 22-8 in the fourth quarter on its way to a 55-42 victory.

KISSIMMEE, Fla. – Jake Sambuchino had a double-double with 12 points and 10 rebounds as Cathedral Prep rolled to a 58-27 win over Coral Shores (Fla.) in the first round of the KSA Tournament.

Amaree Pickens and Mohamed Rahama added eight points each for Prep, which improved to 4-0 with the win.

KISSIMMEE, Fla. – Ike Palmer poured in 21 points to lead Herriman to a 72-53 win over McDowell in the Trojans’ opening game in the KSA Tournament.

Tyler Grove poured in a game-high 22 points for McDowell in the loss.

McDowell returns to action on Day 2 of the tournament Wednesday against St. Joe’s Regional (N.J.).

NORTH EAST, Pa. – North East rallied from a 10-point deficit to start the fourth quarter in a 52-51 win over Cambridge Springs.

KISSIMMEE, Fla. – Caylen Spano scored nine of her team-high 13 points in the first quarter as McDowell topped South Beauregard (La.) in the first round of the KSA Tournament.

Payton Liederbach had 14 points and Madalynn Wenner had 10 for Oil City.