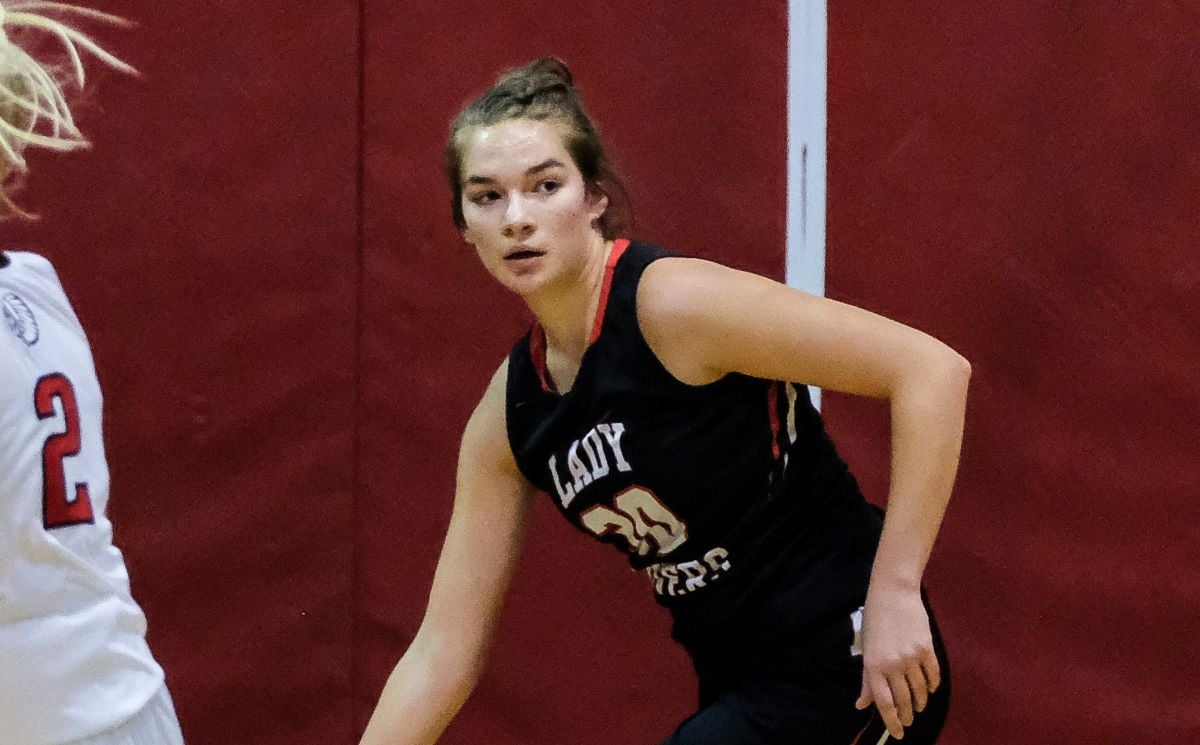 Selena Buttery had a triple-double for Brockway in a win over Moniteau Monday. Photo by Mike Schnelle

EMPORIUM, Pa. – Ella Brewer scored 13 of her career-high 36 points in overtime to help Austin to a 56-51 win at Cameron County in NTL action.

The Lady Panthers trailed 20-8 at the end of the first quarter and 34-31 going to the fourth quarter before Brewer scored six points in the quarter to help knot the game at 41 at the end of regulation.

Brewer then took over in overtime connecting on four 2-point baskets and a 3-pointer while going 2 of 4 from the free-throw line. Her 36 points are believed to be the most by an Austin player since Katelyn Valenti netted 37 on Dec. 9, 2011, in a double-overtime loss to Liberty.

ULYSSES, Pa. – Courtney Martin had a double-double with 18 points and 11 rebounds to help Northern Potter to a 48-26 win over visiting Smethport in NTL action.

WEST SUNBURY, Pa. – Selena Buttery turned in a triple-double with 14 points, 11 rebounds, and 10 blocked shots to lead visiting Brockway to a 48-34 win at Moniteau.

Danielle Wood scored a game-high 19 points for the Lady Rovers, while Madelyn Schmader added eight points and a game-high 17 rebounds, and Lauren Rendos chipped in four points and 10 rebounds.

DUBOIS, Pa. – Alison Hatajik led a trio of Hollidaysburg players in double digits with 19 points, as the visiting Tigers cruised past DuBois, 58-29.

Maria Miller added 17 points in the win with Sydney Lear chipping in 13 points.

Kaci Stelene had a double-double for Johnsonburg with 12 points and 11 rebounds, while Annasophia Stauffer scored a team-high 13 points.

SENECA, Pa. – Kennedy Vogle and Dominika Logue each scored 14 points to help Union to a 46-13 road win over Cranberry.

Keira Croyle chipped in eight points for the Golden Damsels in the win.

Homan completed a double-double with 10 steals, while Mariah Wessell added 10 points, and Sadie Kalajmakao a team-high 10 rebounds to go with six points.