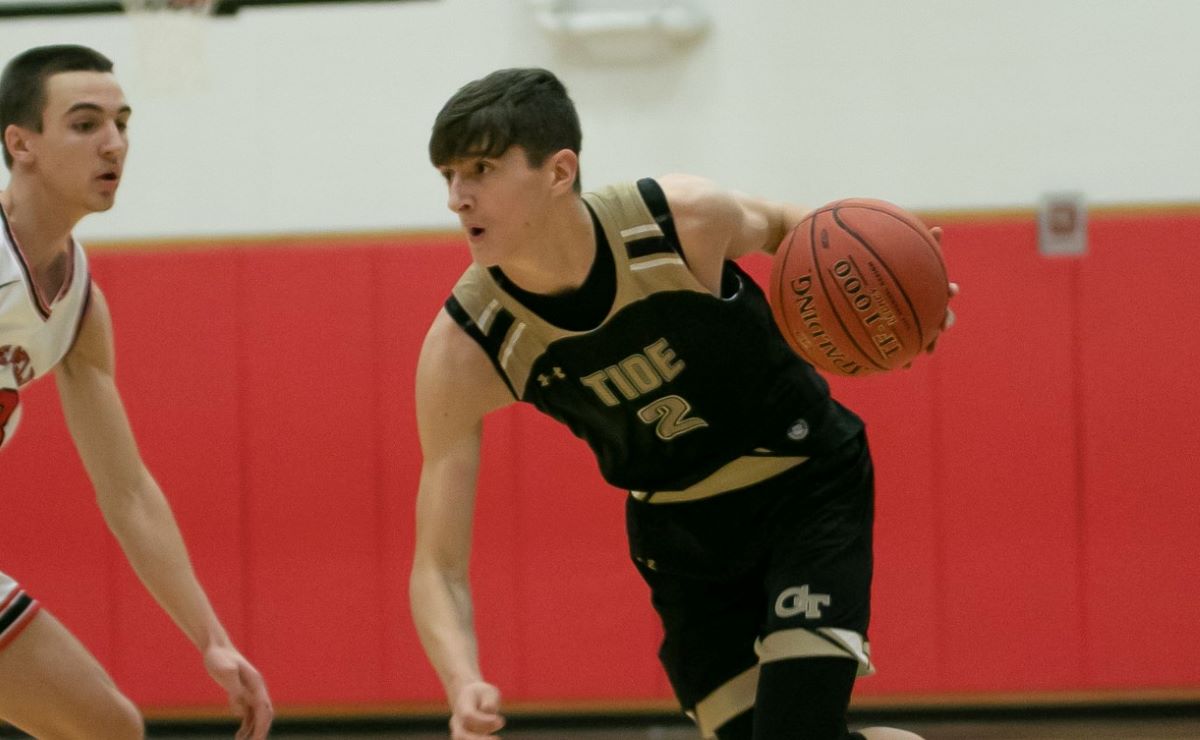 FLINTON, Pa. – Ty Terry scored 12 of his career-high 44 points in the two overtime periods, and Curwensville went on the road and beat Glendale, 80-75, in ICC action.

Terry also threw a great pass to Parker Wood for a game-tying layup with one second left in regulation to send the game to overtime tied at 60 and hit a 3-pointer with just over 40 seconds left in the first extra period to tie the game at 70.

Terry then hit a 3-pointer in overtime, and the Golden Tide hit 7 of 12 free throws in the second overtime to seal the win.

Curwensville took advantage of poor free-throw shooting by Glendale to secure the win.

The Vikings were 11 of 19 from the line and missed three one-and-ones in the final 40 seconds of regulation and then missed a pair of free throws with under 10 seconds to play in the first overtime with the score tied at 70.

Terry’s 44 points marked the second time in his career he has reached 40 points. He scored 40 in a win over Moshannon Valley Jan. 20. When he did that he became the first Golden Tide to score at least 40 points in a game since Adam Donahue scored 41 during the 1999-2000 season. On Monday, he hit six 3-pointers, eight 2-pointers, and went 10 of 11 from the free-throw line.

Davis Fleming added 10 points in the win for Curwensville with Danny McGarry and Wood each adding eight points.

Mason Peterson hit seven 3-pointers on his way to a team-high 24 points for Glendale while Justin Jasper and Logan Cree each added 13 points and Landon Smeal chipped in eight.

Terry’s points were nine shy of the school record of 53 scored by Erik Elensky.

The Beavers led 28-14 at the break but were outscored 28-14 in the third and fourth quarters before getting outscored 10-5 in overtime.

Luke Jansen was the catalyst of the comeback for ECC scoring 11 of his game-high 19 points in the third quarter to help the Crusaders cut the lead in half and get within seven, 34-27, by the end of the third.

Jordan Wasko then hit a pair of big 3-pointers in the fourth quarter, and Adam Straub added five points to tie the game at 42 at the end of regulation.

Charlie Breindel took over in overtime for ECCscoring eight of his 12 points in the extra session, including going 6 of 8 from the line.

Wasko finished the night with eight points with Straub adding seven for ECC.

Chooch Husted led DuBois with 12 points with Joey Foradora scoring 10, Al Pasternak eight, and Drew Gudalis seven, all in the first half.

PUNXSUTAWNEY, Pa. – Punxsutawney couldn’t overcome a six-point deficit at the end of the first quarter and dropped a 45-43 decision to visiting United.

The Chucks trailed 14-8 after eight minutes and despite getting back within two, 24-22, by halftime couldn’t complete the comeback.

Down 44-40 with 10 seconds left, Noah Weaver gave Punxsutawney life with a 3-pointer, but the Lions hit 1 of 2 free throws to set the final score.

Ordiway scored 10 of his 13 points in the second half. Brady Berdine netted 11 points for Warren, while J.T. Blum and Owen Becker added 10 each.

Dec. 20, 2021 D10 Girls’ Hoops: Thomas, Maplewood Beat Greenville; Kennedy Catholic Tops McDowell in Non-Region Showdown
Dec. 21, 2021 District 9 and District 10 Basketball Schedules Powered by Hunter’s Station Golf Club
We use cookies on our website to give you the most relevant experience by remembering your preferences and repeat visits. By clicking “Accept All”, you consent to the use of ALL the cookies. However, you may visit "Cookie Settings" to provide a controlled consent.
Cookie SettingsAccept All
Manage consent