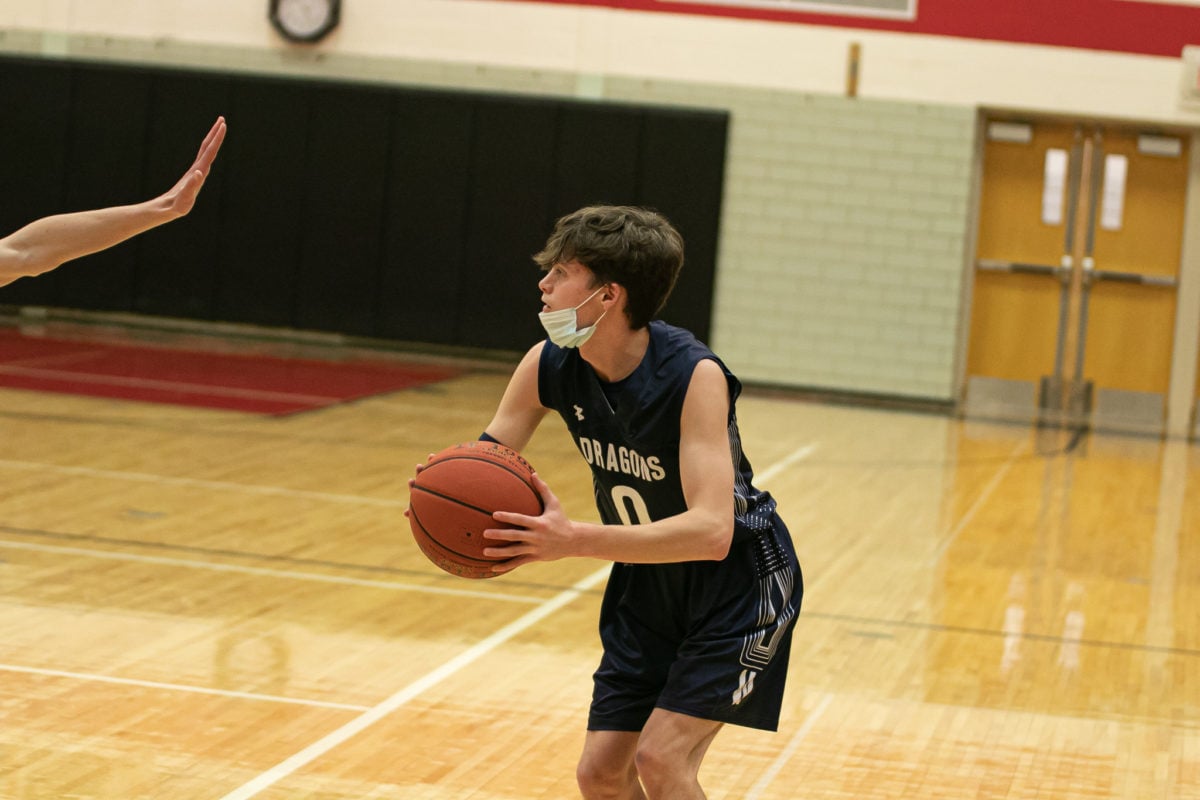 Warren's Parks Ordiway had 13 points in a win over St. Marys. File photo by Jared Bakaysa of JB Graphics.

Ordiway scored 10 of his 13 points in the second half. Brady Berdine netted 11 points for Warren, while J.T. Blum and Owen Becker added 10 each.

COCHRANTON, Pa. – Isaac Clayton scored 20 points as Rocky Grove improved to 5-0 with a 45-42 win over Cochranton.

Reece Henderson and Quinn Ritchey had nine points each for the Orioles, who built a nine-point halftime lead en route to the win.

Giovanni Rococi also had a big game for West Middlesex with 20 points.

Cam Keyser and Peyton McElhinney had 12 points each for Jamestown.

LAS VEGAS, NEV. – Nick Lydic scored 12 points, but Cathedral Prep dropped a 55-46 decision to Eaglecrest in their third game at the Tarkanian Classic.

Tavion Spencer added nine points for the Ramblers, who were outscored 47-24 after building an early 22-8 lead.

Dec. 20, 2021 District 9 and District 10 Basketball Scores
Dec. 20, 2021 D9 Girls’ Hoops: Brewer Scores 36 in Austin OT Win; Buttery Has Triple-Double for Brockway
We use cookies on our website to give you the most relevant experience by remembering your preferences and repeat visits. By clicking “Accept All”, you consent to the use of ALL the cookies. However, you may visit "Cookie Settings" to provide a controlled consent.
Cookie SettingsAccept All
Manage consent