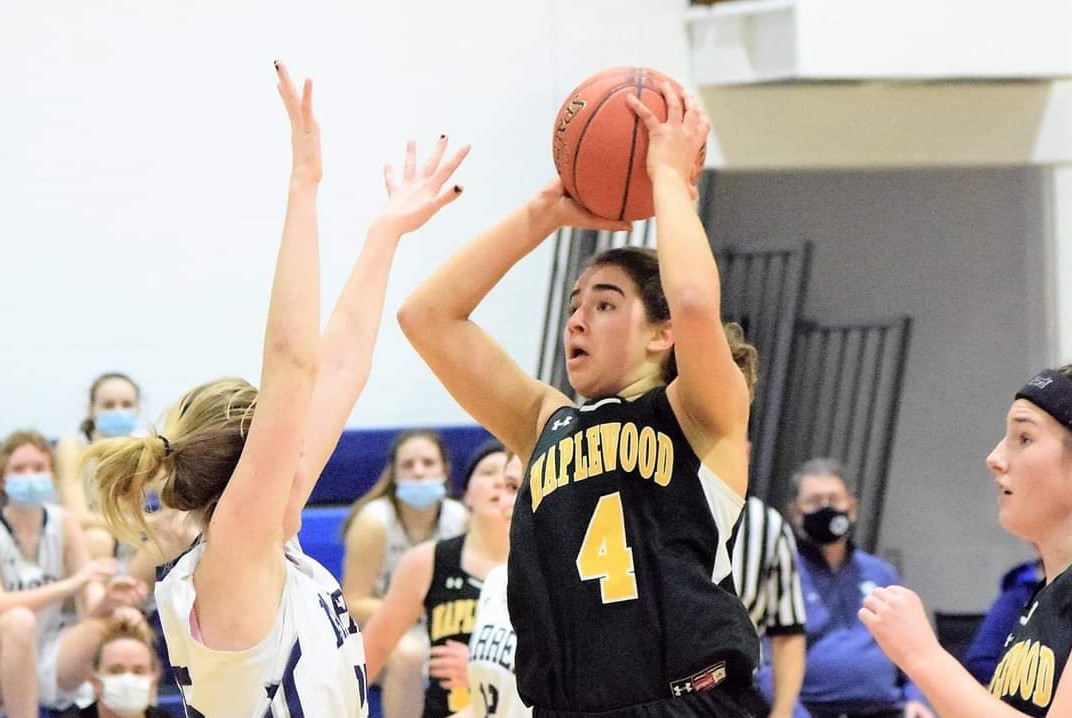 Sadie Thomas led a balanced Maplewood effort with 14 points, seven of which came in the fourth quarter.

Finley Rauscher did her best to keep Cambridge Springs within striking distance, scoring all nine of her points in the fourth quarter on three 3’s.

FAIRVIEW, Pa. – Fairview jumped out to a 20-8 lead after the first quarter and never looked back en route to a 56-35 Region 6 win over Harbor Creek.

Hope Garrity led three Fairview players in double figures with 19 points, scoring eight of those in the first quarter.

Libby Opp got off to a hot start for the Lancers, scoring nine of her 17 points in the first quarter. Bailey Cannon was also in double figures for GM with 14 points.

SHARON, Pa. – Delaney Callihan and Piper Como scored 16 points each as Grove City raced to a 55-31 win over Sharon.

Kelsey Seddon was also in double figures for Lakeview, while Alaina Pelton and Kyndra Seddon had eight points each.

Grace Cano added 12 points for the Lady Trojans, while Josie Lewis had nine.

Breanna Hanley and Tori Kimpan had six points each for Sharpsville.

HERMITAGE, Pa. – Layke Fields had another big game with 27 points as Kennedy Catholic earned a 63-18 win over Farrell.

Lena Walz added 13 points for the Ramblers, while Tori Mayes and McKenna Valone tallied eight each.

Brooke Miller added eight points for Northwestern, which jumped out to a 13-2 lead after the first quarter en route to the win.

Clara Steinberg had 15 points for Eisenhower.

Olivia Kulyk had 13 points for Mercyhurst Prep as well.

Malana Beach had nine points for Hickory, while Mariah Swanson chipped in with seven points.

Keyser scored 21 of his points in the second half and was 6-of-7 from the free throw line.

Cole Ternent was also in double figures for Jamestown with 11 points.

MEADVILLE, Pa. – Meadville outscored General McLane 23-5 in the second quarter on its way to a 70-51 victory.

Jack Burchard scored 21 points to lead the way for Meadville, while Khalon Simmons had 16 and Kellen Ball 14.

Pizza Hut Scoreboard Dec. 19, 2022: D9/10 Basketball
Dowell, Nelson Help Port A Girls to OT Win; Benninger Key for Ridgway Boys in Win at Bradford (Dec. 19, 2022 D9 Recaps)
This website or its third-party tools process personal data.In case of sale of your personal information, you may opt out by using the link Do not sell my personal information.
×
Manage consent