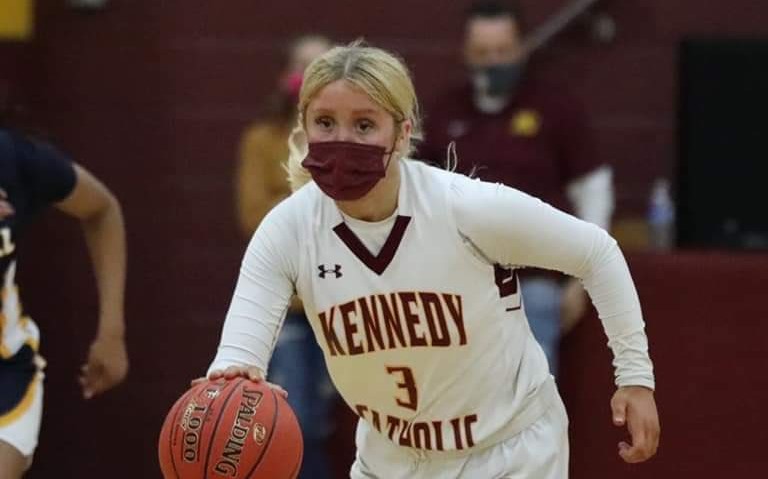 Bellah DiNardo and Layke Fields had 12 points each for the Golden Eagles, while Monique Vincent chipped in with 11.

Kennedy Catholic outscored Winchester-Thurston by 13 en route to the win.

NEW CASTLE, Pa. – Carlie Beatty had a huge game with 31 points as West Middlesex earned a 60-53 win over Laurel.

Beatty also had 10 rebounds for a double-double to go along with five steals.

Laben Barker led a balanced Laurel attack with 15 points, as they ouscored Sharon by 27 in the second half.

Dec. 19, 2021 District 9 and District 10 Basketball Scores
Bradford Boys Rally Past Otto-Eldred; Coudy Falls at Joe DeCebro To.
This website or its third-party tools process personal data.In case of sale of your personal information, you may opt out by using the link Do not sell my personal information.
×
Manage consent