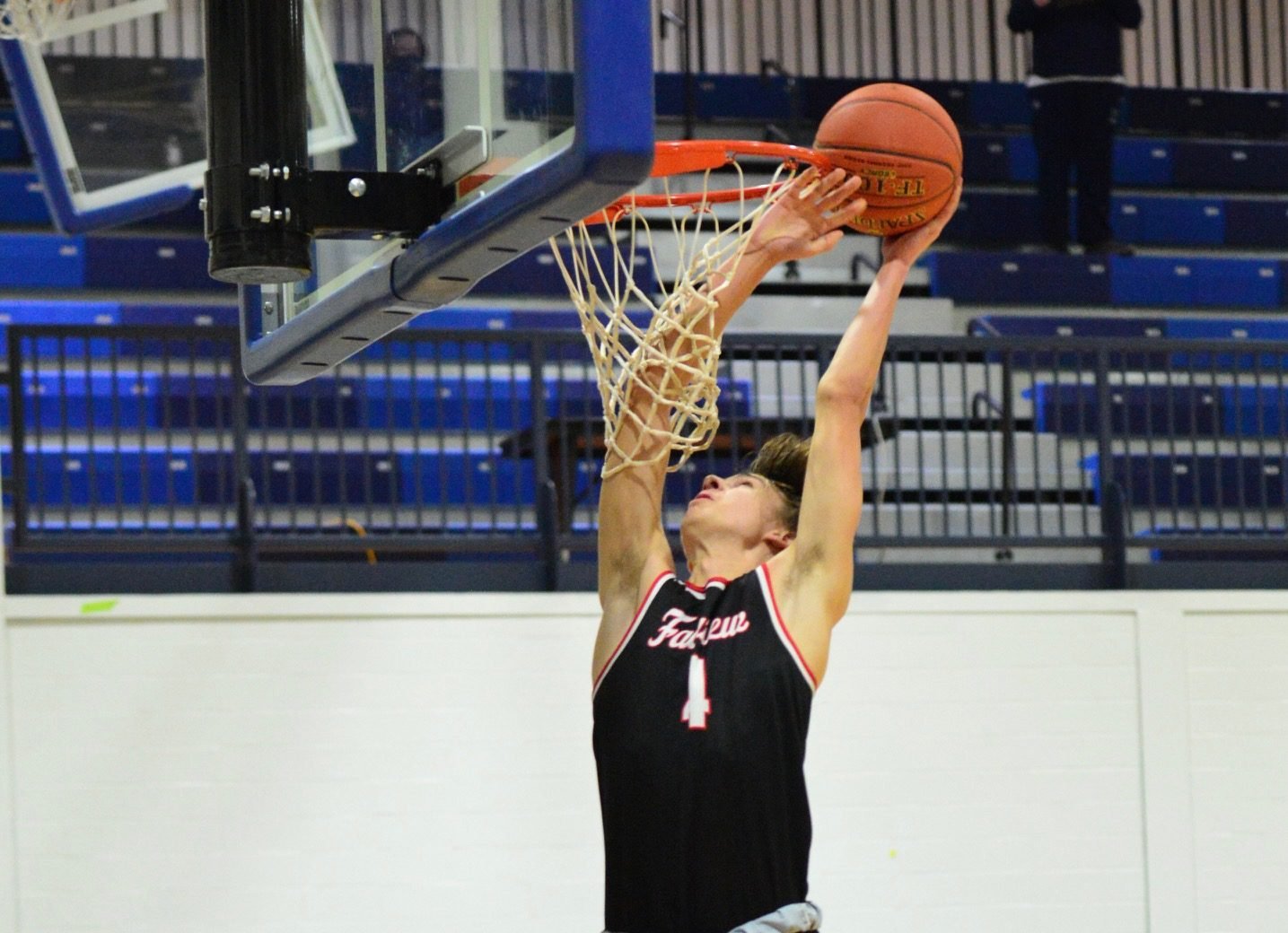 Stull’s potential game-winner at the end of regulation was blocked, sending the game to overtime.

Gavin Lutz had nine points for the Eagles, while Landon Haggart chipped in with eight and Josh Dreves seven.

The game was back-and-forth throughout, with neither team able to gain a significant advantage. Simmons drained five threes and Lucas Luteran, who finished with 12 points, hitting four from distance.

Jack Burchard also finished with 12 points for the Bulldogs.

Cam VanWormer notched 21 points for Oil City and Jake Hornbeck 20. Judias Johnson was also in double figures for the Oilers with 13.

Sitter added six rebounds and three assists in the win.

The Tigers used a 15-1 second-quarter run to assume control, with John Seybert chipping in with seven points and Logan Frazao, Tyler Shultz and Zach Franos six each.

WATTSBURG, Pa. – Seneca built an 18-point lead after the first quarter on its way to a 58-28 win over Eisenhower.

HERMITAGE, Pa. – Kennedy Catholic went over 80 points for the second consecutive game in an 89-51 victory over West Middlesex.

Gio Magestro poured in 25 points for the Golden Eagles, while Elijah Harden had 24 and Malik Lampkins-Rudolph 13.

Logan Lentz led Greenville with 11 points, while Jalen Ritzert had 10.

JAMESTOWN, Pa. – Rocky Grove followed up a big win over Farrell with a 62-50 win over Jamestown.

Isaac Clayton had another big game for the Orioles, pouring in a game-high 24 points, including six made three’s.

The Orioles outscored the Muskies 27-13 in the fourth quarter en route to the win. Quinn Ritchey added 15 points for Rocky Grove and Reece Henderson nine.

The duo of Cameron Keyser and Peyton McElihinney scored 19 and 18 points, respectively.

Nick Krahe added 14 points for the Huskies and Travis Kruszewski 12.

Nick Lydic added 10 points for the Ramblers, while Jake Sambuchino and Zion Barksdale had nine each.

GUYS MILLS, Pa. – Maplewood outscored Fort LeBoeuf by 13 in the second half en route to a 46-42 non-region win.

Luke Sleeman was the lone Tiger in double figures with 14 points, while Noah Burk added nine in the win.

Ronan Dorler and Dom Russo scored 15 points each for LeBoeuf.

Dane Jukes netted 12 points for the Lancers and Jeremiah Schreiber and Logan Anderson 10 each.

JJ Lehman netted 13 for the Yellow Jackets, who broke the game open with a 20-5 third-quarter run.

Wyatt Post had 14 points to lead UC and Matthew Bennett 10.