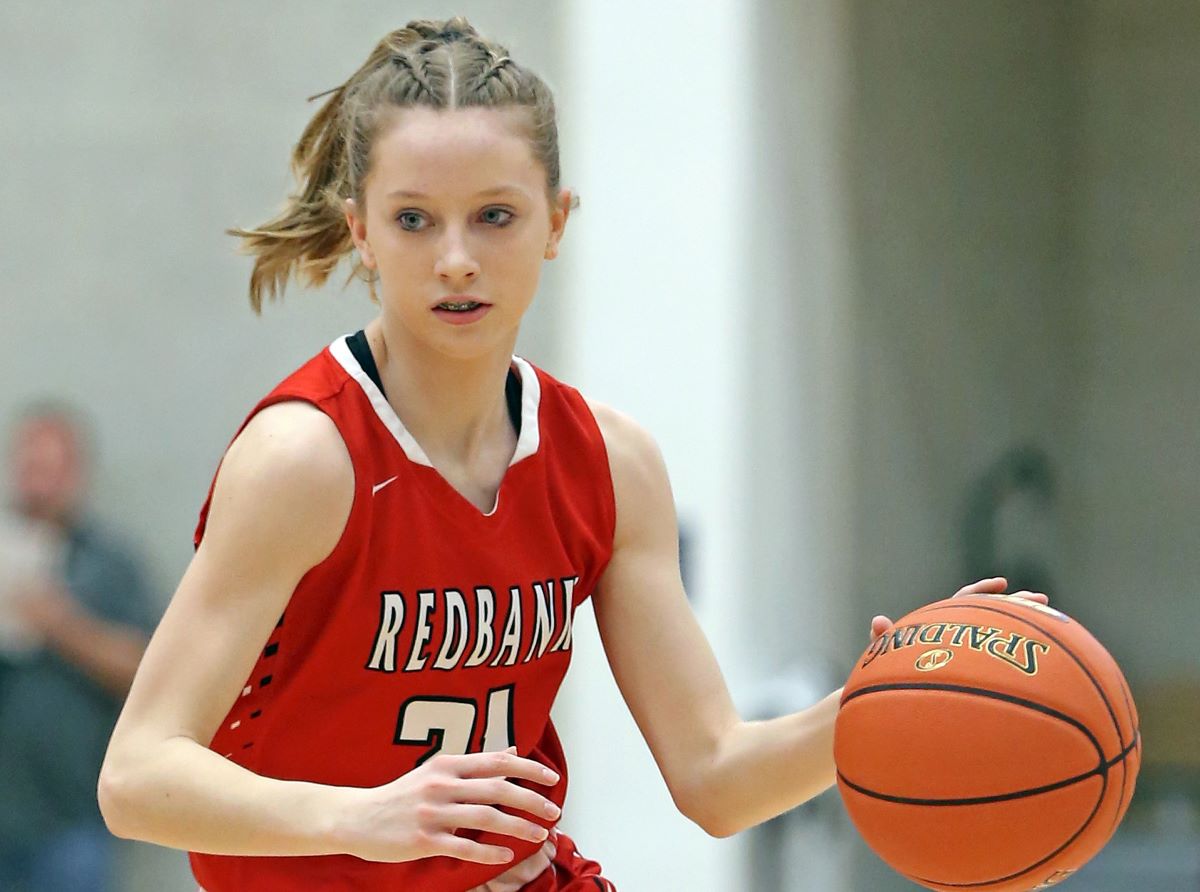 But Alivia Huffman scored two quick baskets for the Lady Bulldogs to tie the game at 34 with 52.2 seconds left.

Abbey Jewart then missed a layup for Moniteau with 37.1 seconds to play, and Redbank Valley held the ball until Harmon made her move to win the game.

The Lady Warriors had one final shot at the end that was off the mark.

Moniteau trailed 23-21 going to the fourth quarter but started the frame on an 8-2 run that was capped by Catherine Kelly’s layup with 3 ½ minutes left that put the Lady Warriors ahead, 29-25.

But freshman Quinn White hit a 3-pointer to help stem the Moniteau momentum, and the Lady Warriors were never able to get the lead to more than four.

Harmon, who was held scoreless in the first half, finished with five points.

Sankey had a double-double of 10 points and 14 rebounds for Moniteau with Allie Pry adding nine points. Kelly had seven points and nine rebounds, and Jewart finished with six points.

JOHNSONBURG, Pa. – Ella Lindberg and Cadence Brechtel combined to score 27 points to help Johnsonburg to a 40-20 home win over Smethport.

Elizabeth Hungiville and Jaidyn Goodman each had five points for Smethport.

Alexander scored 10 of her points in the first quarter as the Lady Crusaders led 15-4. Their lead grew to as many as 23 points late in the third quarter.

YOUNGSVILLE, Pa. – Kane scored the first 14 points of the game and never looked back in a 46-16 win over Youngsville.

Katie Gezik also had a career-best for the Golden Damsels with 10 points, and Ava Strausser scored nine.

Mackenzie Parks had a game-high 17 points for A-C Valley.

SENECA, Pa. – Natalie Bowser and Ashlee Albright combined to score 27 points to help visiting Keystone win its third game in a row, this time 45-29 over Cranberry.

Bowser scored 14 points for the Lady Panthers with Albright adding 13.

Kendall Findlay had seven points for Cranberry with Allie Rembold and Mariah Wessell each adding six.

Taylor hit eight shots, including a 3-pointer, from the field and went 3-for-6 from the line on her way to the game-high 20 tallies.

Emma Dailey added 13 points, including seven in the first quarter, for the Lady Gremlins who led 18-2 at the end of a quarter.

The Lady Chucks also welcomed Chloe Presloid back from a two-game absence with the senior scoring 13 points, grabbing 13 rebounds, and dishing out three assists.

Samantha Griebel and Emily McMahan each added nine points in the win.