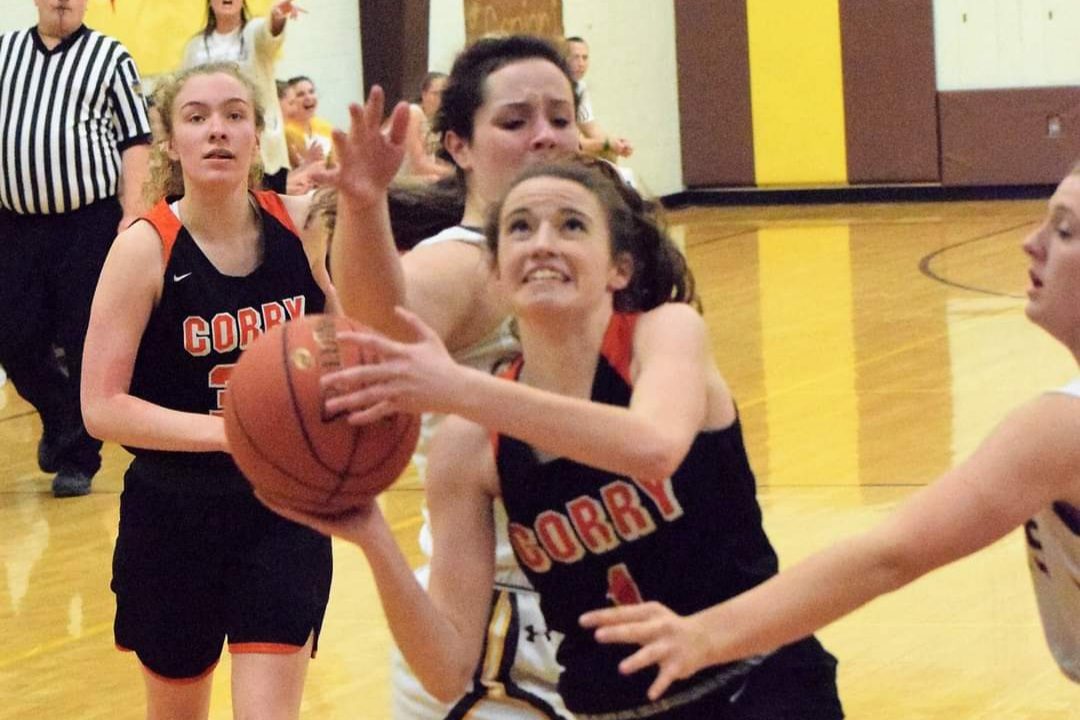 The Beavers built a 13-point halftime lead en route to the win.

A 24-point second quarter helped the Tigers take a commanding 36-15 lead at halftime.

Hope Garrity and Sara Gennuso were also in double figures for Fairview with 15 and 10 points, respectively, while Caz Zentis added eight.

Halle Kuzminski chipped in with seven points and Sam Ruhlman six for the Lady Dragons, who led by 25 at halftime.

The Orioles outscored the Knights by 14 in the second half after the game was tied 16-16 at halftime.

SEWICKLEY, Pa. – Cambridge Springs went on the road and dropped a hard-fought game to Eden Christian of the WPIAL, 53-44.

Cambridge Springs actually led at the half, 28-26.

Maddie Yanc had another big game for the Blue Devils, pouring in a game-high 21 points, while Hailee Rodgers chipped in with 11.

Cook led the Lady Raiders with 20 points with Haight and Wonderling each scoring 17.

Dec. 14, 2021 District 9 and District 10 Basketball Scores
Dec. 14, 2021 D10 Boys’ Hoops: Big Fourth Quarter Sends Warren Past Bradford; Greenville, Franklin Get Wins
We use cookies on our website to give you the most relevant experience by remembering your preferences and repeat visits. By clicking “Accept All”, you consent to the use of ALL the cookies. However, you may visit "Cookie Settings" to provide a controlled consent.
Cookie SettingsAccept All
Manage consent