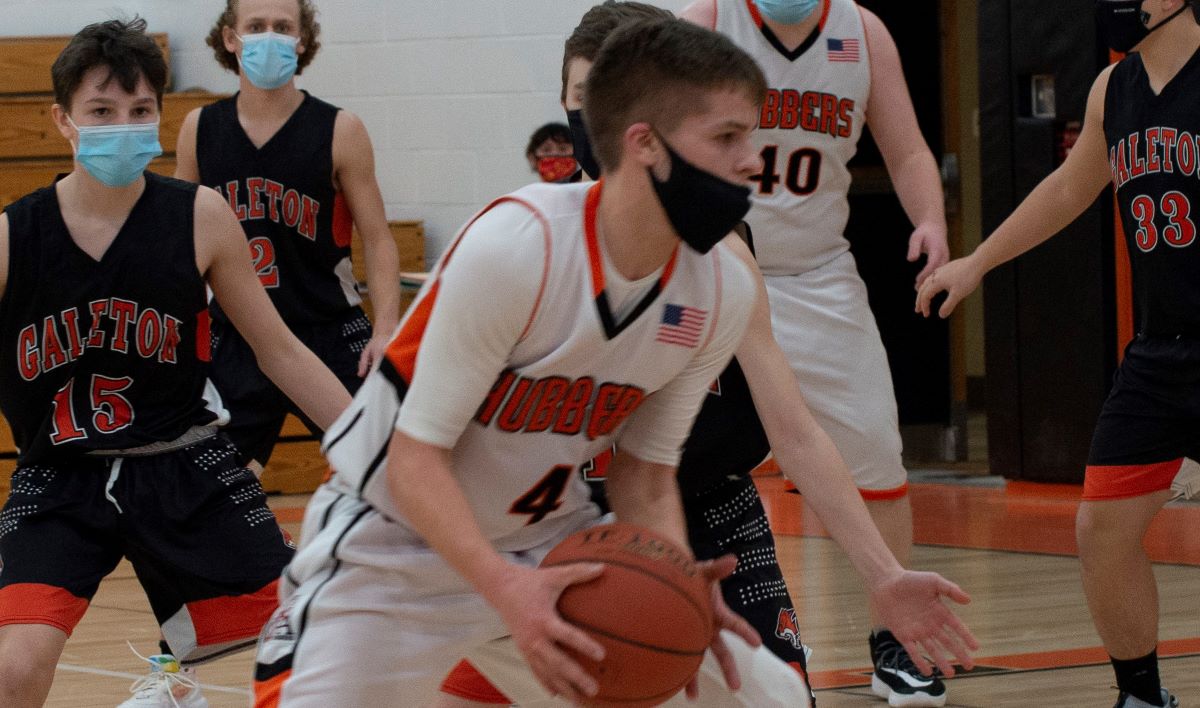 KANE, Pa. – Smethport survived a last-second shot attempt by Kane’s Andy Jekielek to pull out a 44-43 road victory over the Wolves.

According to Kane head coach Caleb Landmesser, Jekielek had what he described as a “good look” on a 17-foot transition shot at the horn that went in and out.

Jekielek’s shot came after a missed one-and-one for Smethport.

Kane trailed by 15, 40-25, heading into the fourth quarter but outscored Smethport 18-4 in the final eight minutes to have a chance.

Jekielek was a big part of the comeback scoring seven points and hitting one of three 3-pointers in the final quarter for the Wolves. Those were all seven of Jekielek’s points on the night.

RIDGWAY, Pa. – Dan Park scored 12 of his game-high 17 points in the second half to help Ridgway rally from a six-point halftime deficit and pick up a 47-44 win over visiting Clarion-Limestone.

The Elkers trailed 25-19 at the break but tied the game at 32 after three before outscoring the Lions 15-10 in the fourth quarter with Park scoring eight points in the quarter.

Tommy Smith scored nine of his team-high 13 points in the second quarter for C-L while hitting three 3-pointers in the quarter. Jordan Hesdon added 10 points for the Lions.

CLEARFIELD, Pa. – Hitting 7 of 9 free throws in the fourth quarter, Clearfield was able to hold off visiting Philipsburg-Osceola, 46-40, in the Mountain League opener for both teams.

The Bison were able to overcome a slow start that saw them score just two first-quarter points to get the win.

Cole Miller hit five 3-pointers and netted a game-high 22 points while adding six rebounds for Clearfield, which trailed 10-2 at the end of eight minutes but led by one, 17-16, at halftime and at the end of the third quarter, 32-31.

Gearhart talked about the win

Devin Delo hit six 3-pointers on his way to a game-high 27 points for the Trojans.

BOLIVAR, N.Y. – Jenna Freer hit an 18-foot jumper with 4.6 seconds left to lift visiting Oswayo Valley to a 31-29 win over Bolivar-Richburg (N.Y.) in the first game as girls’ head coach for Clark Cummings.

Jessica Majot had a game-high 13 points for Bolivar-Richburg with Kayli Giardini adding 10 points.

OIL CITY, Pa. – Lily Homan nearly had a triple-double to lead Venango Catholic to a 43-22 win over visiting Jamestown.

The Lady Vikings sophomore had a game-high 21 points, 25 in the first three quarters, while coming away with 11 steals and eight rebounds.

Dec. 13 D10 Boys/Girls Hoops: Cambridge Springs, Youngsville Girls Win Season Openers; McDowell Boys Top Grove City
Dec. 14, 2021 District 9 and District 10 Basketball Schedules Powered by Hunter’s Station Golf Club
We use cookies on our website to give you the most relevant experience by remembering your preferences and repeat visits. By clicking “Accept All”, you consent to the use of ALL the cookies. However, you may visit "Cookie Settings" to provide a controlled consent.
Cookie SettingsAccept All
Manage consent