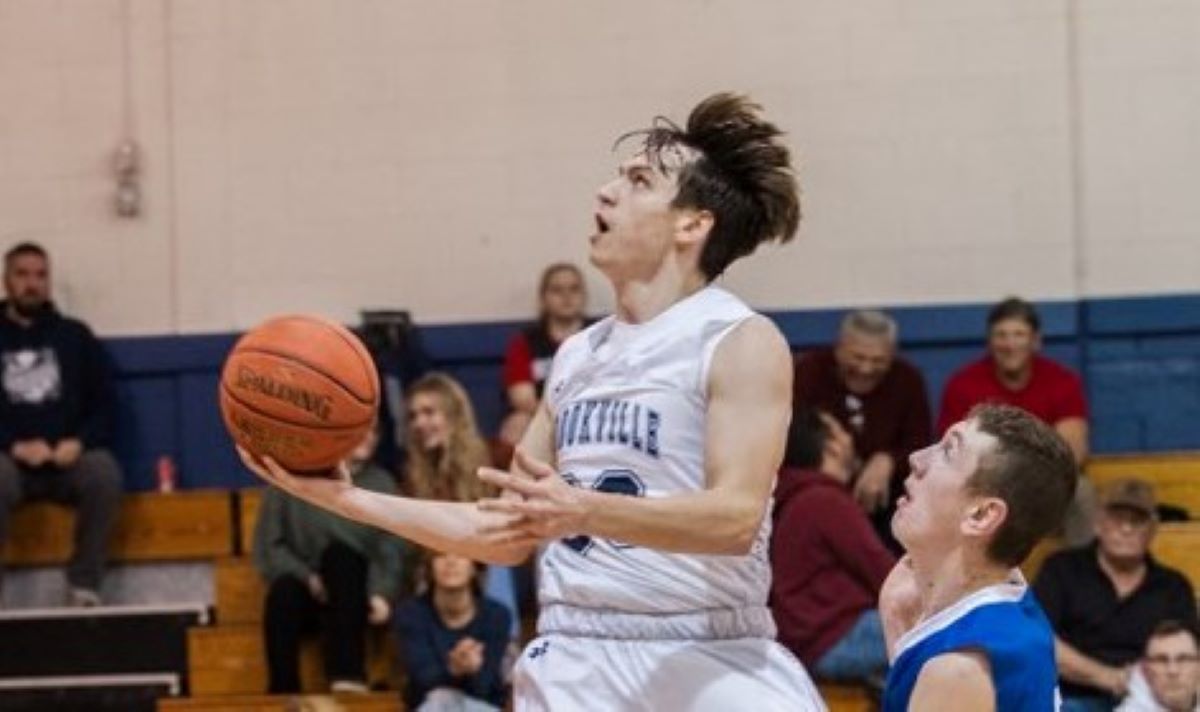 BROOKVILLE, Pa. – Clayton Cook scored eight of his game-high 20 points in the first quarter, as Brookville used a quick start to run past visiting Cambridge Springs, 58-28.

Behind the play of Cook, who was named the Allegheny Grille of Foxburg Player of the Game after also grabbing seven rebounds, Brookville led 14-5 at the end of eight minutes and then expanded the lead to 32-17 by halftime with Cook pouring in 12 first-half points.

Listen to Cook talk about the win and his performance

The Gremlins led 24-15 at halftime thanks to eight points from Jacob Callihan but watched as the Bulldogs clawed their way back after halftime behind four 3-pointers, including two from Aiden Ortz.

Shane Peters had a game-high 16 points to go with 10 rebounds for Karns City, while Micah Rupp was also active for the Gremlins finishing with 11 points, 10 rebounds, and three blocked shots.

Preston led the Falcons with 25 points with Clover adding 24.

In addition, the Wolves got nine points from Andy Castner.

Isaiah Jackson had 12 points for Johnsonburg.

SENECA, Pa. – Aydan Jackson and Andrew Zepeda combined to score 27 points to help visiting Moniteau to a 59-27 win over Cranberry.

Jackson led the Warriors with 16 points with Zepeda adding 11.

Jordan Hesdon added 12 points for the Lions who also got a strong all-around game from Jase Ferguson, who had 10 points, nine steals, and eight assists.

TITUSVILLE, Pa. – Manny Perez exploded for a career-high 39 points to lead Titusville to a 55-48 win over visiting Sheffield.

Perez hit seven 3-pointers and scored 14 of Titusville’s first 16 points and 24 of the Rockets’ 32 first-half points.

Despite Perez’s heroics, Titusville led by just seven, 32-25, at halftime and saw Sheffield get back within five, 40-35, by the end of the third quarter.

DUKE CENTER, Pa. – Another night, another strong game from Katie Sheeler helped Otto-Eldred to another NTL victory, this time 52-35 over visiting Port Allegany.

Kayleigha Dowell had a team-best 10 points for Port Allegany with Ella Moses grabbing a game-high 10 rebounds while scoring nine points.

SMETHPORT, Pa. – In Smethport, Olivia Fink scored 13 points and grabbed six rebounds to help Coudersport to a 40-19 NTL victory over the Lady Hubbers.

Catherine Kelly led the Lady Warriors with 11 points with Allie Pry and Kendall Sankey each scoring 10.

HYDE, Pa. – Building a 17-point lead at the end of the first quarter, Clearfield rolled to a 58-15 home Mountain League win over Philipsburg-Osceola.

Hannah Glun and Cayleigh Walker also each scored 13 points in the win.

It was the second win for the Lady Knights over the Lady Tide in four days after they beat Curwensville 47-27 in the consolation game of the Philipsburg-Osceola Tournament Saturday.