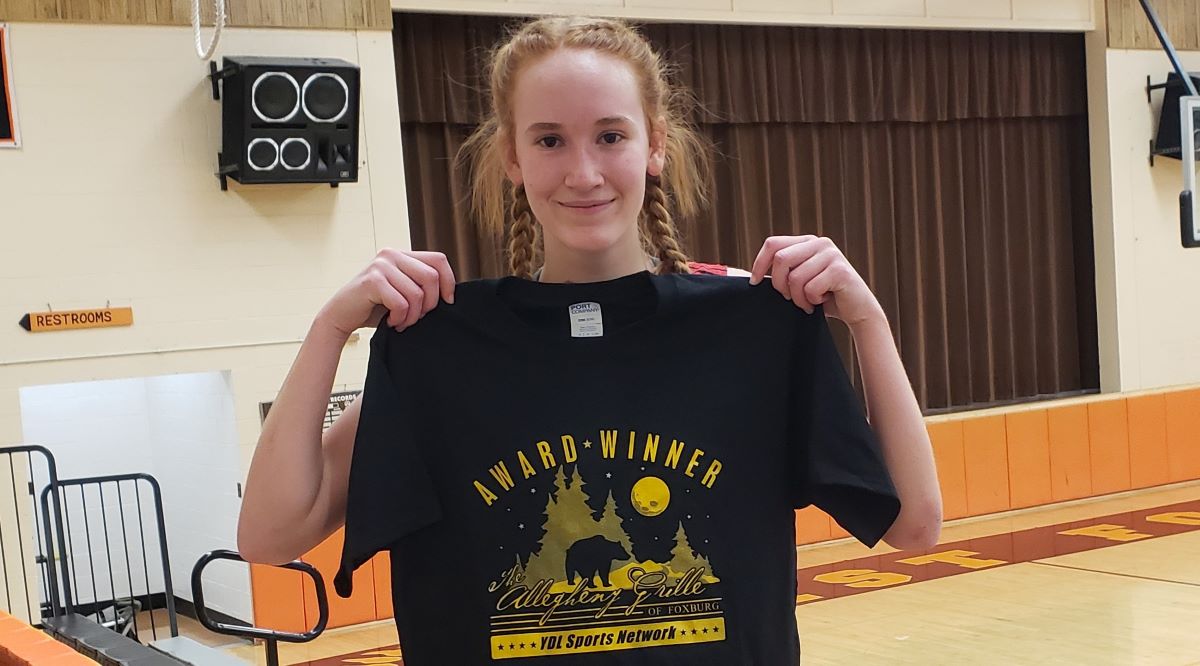 The free-throw line helped the Dutch outscore the Cardinals 14-7 in overtime.

DCC had sent the game to the extra session tied at 64 thanks to an Andrew Green 3-pointer with 14 seconds left in regulation.

Quin Gavazzi had his second 30-point game of the year with a game-high 31 points to lead St. Marys with Tanner Fox adding 21 points and Ben Paul 11 points.

Green hit seven 3-pointers, including three in the fourth quarter, and finished with 29 points for DCC with Marek Hoytt adding 17 points and Luke Swisher 14.

Davis Fleming led the Golden Tide with 13 points, including nine in the fourth quarter, with Chandler English adding 10 tallies.

SUGARCREEK BOROUGH, Pa. – Outscoring homestanding Rocky Grove by seven points in the second half, Clarion expanded a one-point halftime lead into a 58-50 win.

Also for the Bobcats, Bryce Brinkley had seven points and five assists and Gabe Simko chipped in six points and six rebounds.

The teams were tied at 20 at halftime before the Elkers took a 36-32 lead after the third quarter thanks to six third-quarter points from Jack Benninger and five points each in the frame from Aaron Sorg and Alex Merritt.

But, after a timeout, Ridgway ran a backdoor inbounds play from center court to perfection with Sorg scoring to make it 47-44.

Jordan Hesdon had a chance to tie the game with a 3-pointer with about 10 seconds to play, but the shot was off the mark.

Sorg then hit the second end of a two-shot foul with 9.4 left to seal the victory.

Sorg led Ridgway with 18 points with Merritt and Benninger each scoring 13.

Jase Ferguson had a double-double of 12 points and 10 rebounds while adding five assists for C-L. Smith added 14 points and six boards.

Jake Frantz had seven of those swipes for the Owls and finished the game by adding 10 points and nine assists.

AJ Gleason added five steals and six points, while Chase Wineberg had a team-high 15 points and six rebounds in the win.

DUBOIS, Pa. – Freshman Maddox Bennett hit eight 3-pointers on his way to a game-high 24 points to lead DuBois to a 59-45 win over visiting Indiana.

Tyson Kennis chipped in 12 points for the Beavers who also got 11 tallies from Cam Thompson.

RIMERSBURG, Pa. – Alanna Benson banked home a 3-pointer from about two or three feet behind the arc with around seven seconds left to lift visiting Bradford to a 42-41 win over Union.

Union had a shot at the end to win the game but Hailey Theuret’s foul-line runner was just a bit strong.

Down 41-39 with about 17 seconds left, Bradford inbounded the ball following a missed free throw by Theuret and went the length of the court to get Benson’s game-winning shot.

MARIENVILLE, Pa. – Hitting three second-quarter 3-pointers, Brockway built a 5-point halftime lead and then held Forest Area without a field goal for over 10 minutes to start the second half on its way to a 34-27 win at East Forest.

The Lady Rovers rode the second-quarter 3-pointers, including a pair from Madelyn Schmader, to a 22-17 halftime lead and then didn’t allow Forest Area to score a bucket in the second half until there was 5:11 left in the fourth quarter.

Defense played a key role in the victory with Brockway coming away with 18 steals led by 10 from freshman Sophia Schmader, who also added eight points, six rebounds, four assists, and two blocked shots.

Sophia Schmader was named the Allegheny Grille of Foxburg Player of the Game and talked about the win.

Madelyn Schmader finished with a game-high 12 points for Brockway while adding four assists, four steals, and a blocked shot while Rheanna Spinda also had eight points.

Raegan Gelnette had a team-best nine rebounds for Brockway while Zoe Puhala pulled down five boards off the bench.

Kaylie Rooke paced Forest Ares with nine points with Amber Guzzi, who had the Daddy’s Dish of the Game, adding seven points.

Gabby Amacher scored 10 points to pace a balanced Ridgway offensive effort in a 53-35.

Kristen Ellenberger chipped in nine points for the Lady Elkers.

PUNXSUTAWNEY, Pa. – Danielle Griebel and Avary Powell scored a combined 27 points to lead Punxsutawney to a 49-21 win over visiting Tyrone.

KNOX, Pa. – Natalie Bowser had 25 points and 28 rebounds to lead Keystone to a 43-29 win over visiting Brookville.

JOHNSONBURG, Pa. – Building a 20-2 lead at the end of the first quarter, visiting North Clarion rolled to a 66-38 win over Johnsonburg.

The She-Wolves expanded the lead to 34-11 at the half.

FOXBURG, Pa. – Visiting Cranberry got 12 points, six rebounds, and five steals from Jadyn Shumaker on its way to a 42-11 win over A-C Valley.

Maddy Dehart led A-C Valley with seven points while going 7 of 8 from the free-throw line.

KARNS CITY, Pa. – Brooklyn Taylor had a game-high 11 points to lift Karns City to a 33-13 win over visiting Oil City.