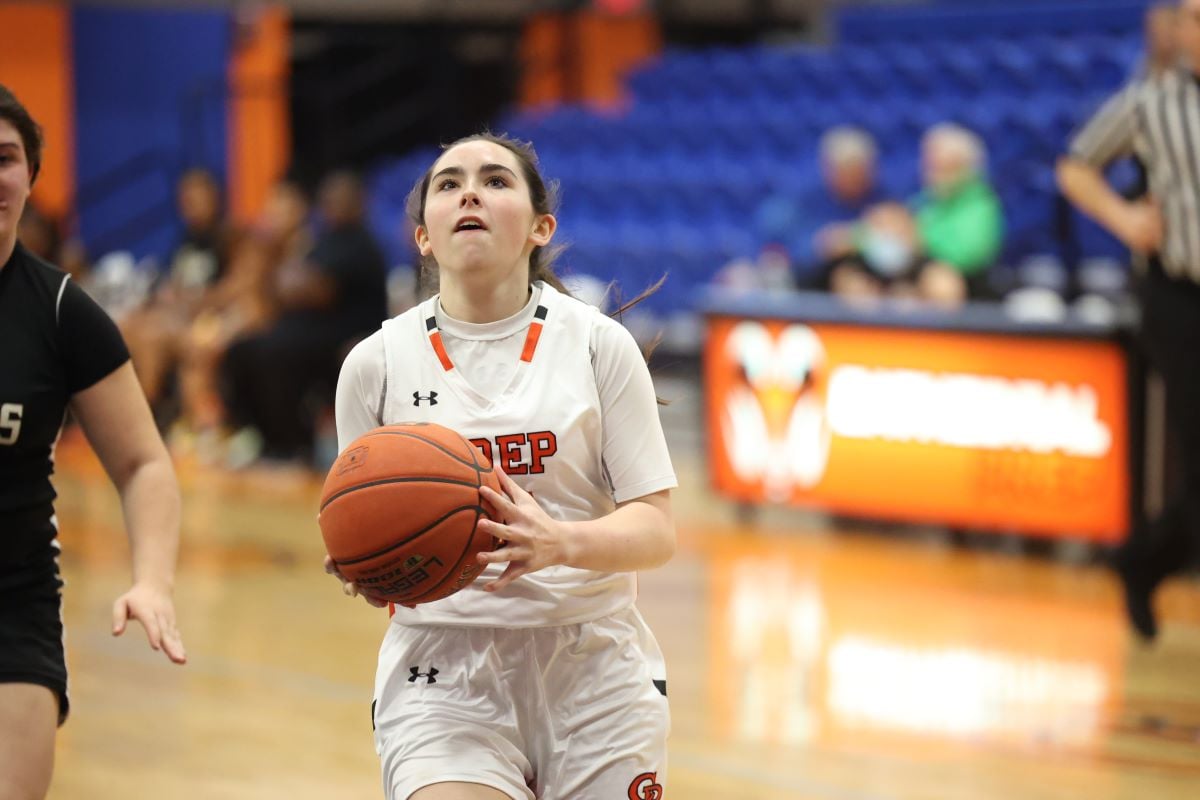 Perample had 10 points, while teammate Piper Como had a monster fourth quarter, scoring 15 of her game-high 20 points in the fourth quarter. Delaney Callahan added eight points for GC.

Bailey Varndell had a team-high 14 points for Maplewood, while Rhaelynn Koelle had nine and Sheila Despenes eight.

ERIE – Cathedral Prep wasted little time showing why it is one of the premier girls’ basketball teams in not just District 10, but the entire state in a 67-21 win over Warren.

The Ramblers outscored the Dragons 34-2 in the first quarter, and 19-0 in the second on their way to a 53-2 halftime advantage.

Jayden McBride and Lena Walz combined to score 19 of the Ramblers’ 34 first-quarter points. Walz finished with a game-high 16 points, while McBride had 15. Both scored all their points in the first half. Ava Lucarotti added 13 points.

Sammie Ruhlman and Alyssa Farr led the Dragons with nine and six points, respectively, all by way of 3-pointers

Mercer built a 28-18 halftime lead en route to the win.

Mariah Swanson and Gianna Fleming scored 11 points each for Hickory.

LINESVILLE, Pa. – Lainie Harrington poured in 21 points to lead Conneaut to a 54-46 win over Union City.

Conneaut built a 32-24 halftime advantage en route to the win.

TITUSVILLE, Pa. – Estella Adams scored 16 points to go along with six steals and five rebounds to lead Franklin to a 51-9 win over Titusville.

Jamoria Cumby added 10 points for Sharon, which outscored Sharon 26-7 in the second half.

HARBORCREEK, Pa. – Harbor Creek outscored West Middlesex 22-10 in the second half on its way to a 45-28 win to stay unbeaten.

Catilin Stephens had a game-high 12 points for West Middlesex.

Bryce Drayer had 12 points and Wyatt Post had eight for Greenville.

SUGARCREEK BOROUGH, Pa. – Outscoring homestanding Rocky Grove by seven points in the second half, Clarion expanded a one-point halftime lead into a 58-50 win.

Also for the Bobcats, Bryce Brinkley had seven points and five assists and Gabe Simko chipped in six points and six rebounds.

Anthony Reed had 15 points for Wilmington.

EFC, which outscored Sharpsville 33-26 in the second half, also got 18 points from Aaron Collins.

Braden Scravel had 14 points and Liam Campbell had 12 for Sharpsville.